चलते-चलते Do Fools Have Only One Day? 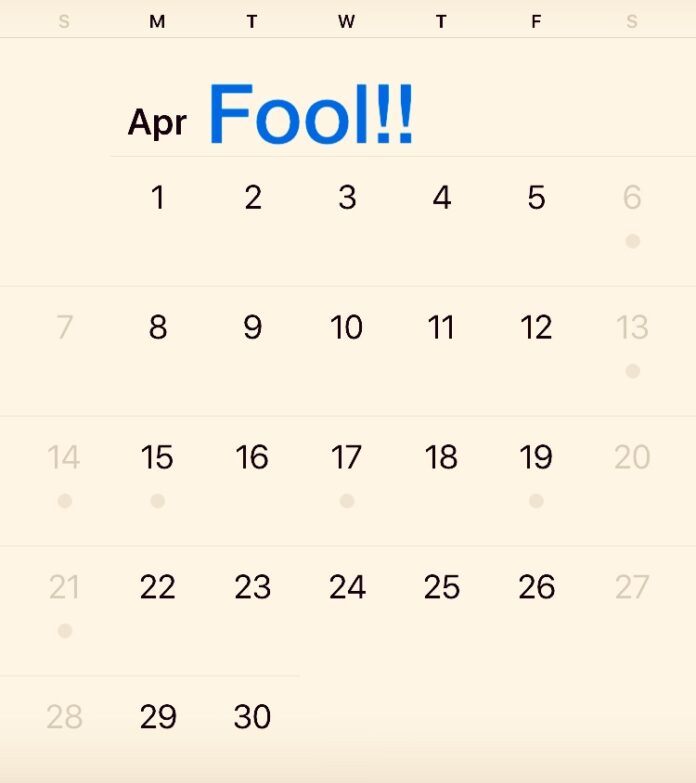 Gone are the days when youngsters would scheme to send gullible on a ‘fool’s errand’ to mark April 1st, the most light-hearted day of the year when playing pranks and trying to get people to believe ridiculous things is universally accepted. From simple jokes to elaborate hoaxes, friends and relatives who thought themselves to be wise would guard themselves from falling into the trap laid for them to be publicly declared ‘fool’. Whatever the prank, the trickster would usually end up yelling to his victim – April Fool.

It is one day when the fools gain some social recognition, but not without letting the so-called wise be under the illusion of having all the fun. Curiously, it has something about the time of the year that there is light-heartedness all around. The switch from winter to spring has been a time for celebrations across diverse cultures – the Romans had a festival named Hilaria, the Jewish calendar has Purim, and the Hindu clown themselves with colours on Holi. So much for staying foolish once a while!

The fool’s day, April 1st, is an old age tradition which caught popular imagination since calendar was reformed in France in 1564. Those who stubbornly clung to the old calendar system had jokes played on them. It caught on, and became a global ritual ever since. Such has been its popularity that even films were themed on the subject: the 1964 Saira Banu-Biswajeet starrer ‘April Fool’ had a song which continues to be played till this day, to mark the only day in the year for the fools.

I am reminded how it had played differently on  erstwhile Iraqi President Saddam Hussein though, who was at the receiving end of a rather cruel joke. ‘April Fool’ was the code name of the double agent who had the last laugh in getting the dictator caught from his hiding. Come to think of it, it is one day in a year that reduces the contrast between the wise and the foolish – and let the wise person realise that s/he could easily be a fool at a given time.

But there is something seriously amiss in our lives in recent times though. Playing pranks on April Fools Day has become passé. Is it because our digitally obsessed world has saturated us with all kinds of silliness, more than what we can possibly process? Far from being a medicine, it has reduced laughter into a laughable hoax. Aren’t we been bombarded by unscrupulous videos of people doing and advocating stuff that only makes you feel sick? The ultimate challenge lies in how not to see?

With all of us living in a fool’s paradise what is left there to celebrate it!