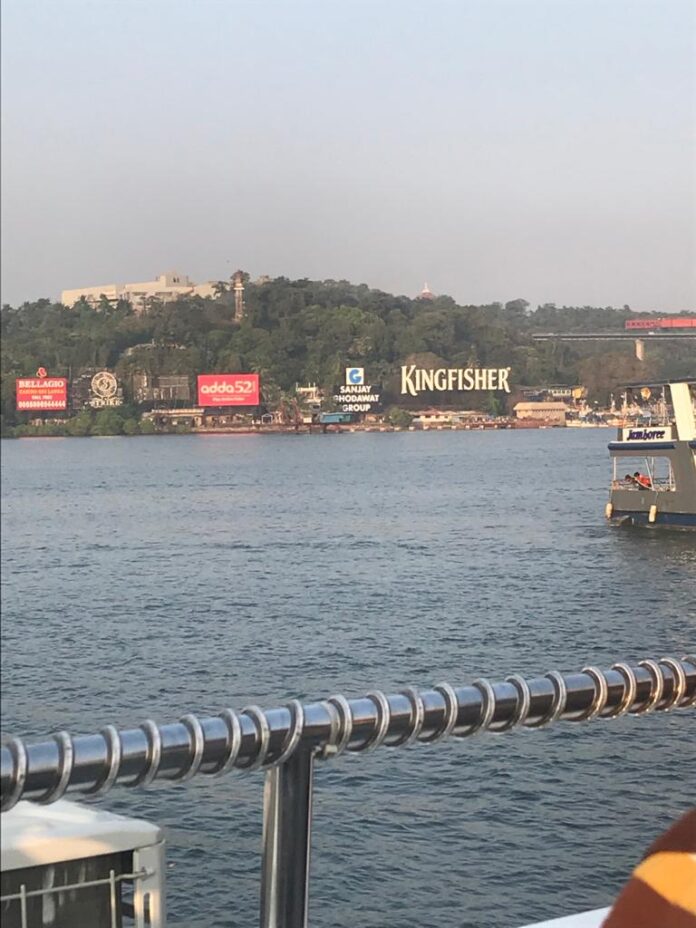 We are sitting on a beach. It’s a nice breezy day, the sun is not too warm. We are having beer, or lemonade. The vast ocean spread out before us inspires awe. No matter how many times you have been to a beach, it still does. It holds out possibilities. It inspires hope, because the eye can’t see beyond the horizon, but beyond it is there’s a world we are waiting to explore…

Many children have ventured out in the water. Some parents, and even grandparents too. The high tide has passed, the next one is due next day. It’s so beautiful and calm. Much needed respite from the flooding that had disrupted our lives till just a few days ago.

But strange are the ways of Nature. Something triggers a sudden storm. It becomes dark in moments. The children, the grandparents and the parents are still out there…the Lifeguard is missing, the next contract for running the Beach Cafe is due and the Lifeguard Company have to make sure that they win it again.

A group of fisher folk from the nearby village sense danger and they come running out to help. Parents who stayed behind are desperately calling out their loved ones to come out of the water… Mom and Dad, and children and grandparents — they can see each other. They wade into the water, some fisherfolk wade in too, trying to help with their small rickety boats. The Lifeguard’s motorboats are desperately needed, but they are missing…

The clouds start clearing up almost as quickly as they had gathered, the sun is out again. Those who had started packing up, heave a sigh of relief. They were wise enough not to venture out, neither did their kids nor anyone else they came with.

So many of them had lived through hell during the floods personally, or just managed to remain untouched by the inundation….now they need to recuperate — they have earned it…now nothing in the world deserves to snatch away their well-earned break…

Those stuck are not so lucky….well, some are…the fisherfolk manage to pull some out. Others who can’t swim, or couldn’t get even a small rickety boat, are watching their loved ones gasping for breath, sinking, dying…

The rest of the beach is back to near normal…the beer mugs and the lemonade are out again…some have switched on their headphones, others have resumed reading their books, some are doing meditation. Thank the marvels of the modern world — so many can easily distract themselves by watching the latest election results, or the Cricket streaming Live on their mobile phones.

Heck, even those who managed to make it in the nick of time need that distraction…

This is not the time to call for the Lifeguard too. The fishermen folk and the desperate families struggling are, after all, doing their bit….there are neighbours, acquaintances still stuck in the waters…

Some soft-hearted fools on the beach are hollering for help, trying to raise an alarm, hoping that the Lifeguard will hear their cries and return to do what the Lifeguard has been PRIMARILY and SOLELY hired to do.

“It is highly distressing, all this. It is really, really sad”

“This is morbid fascination — focusing just on the bad news all the time. It’s not good for mental health”

“Oh, God! Wish someone does something quickly, these fellows are making too much fuss…. why can’t they remain calm? Why can’t they focus on the here, and the now, and the beyond, and see THIS part of the shining beach? Why? Why?”

It’s not the time to call for the Lifeguard’s resignation…or dismissal. We are in the middle of a crisis. Okay?  If we call for their heads right now THEY will panic …they won’t even be able to do what they are meant to do. Doesn’t matter, that by now, it is as clear as the shining sun that they have no intention or ability to help. They were good to run the beach cafe, not for Lifeguard duties…but then they had promised to make the cafe the best one in the world…Lifeguard skills are secondary requirements….even the cafe serves stale food….but let that be for the time being.

This, dear friends, is not the time to rock the (missing) boat.

The Lifeguard has heard the cries, but they really don’t have the men or women to do the required job, they barely manage to run the cafe, and they know it…it’s best to let the storm pass on its own…

Promises work like magic, no one really cares if you keep them…The ones who will survive the current storm are the majority. ..the cafe doesn’t need the 2% who are sinking in any case.

This too shall pass. We will have calm again. The sea will take the dead away, it has a big heart…those left behind will heal with time, their sorrows buried in the depths of the sea. The sun will continue to shine on this part of the beach…unless it doesn’t.

Vishakh Rathi is a media professional with over two decades of experience. He was formerly associated with news (Headlines Today, CNN-IBN) as well as non-news channels (Star TV) besides various reputed production houses. Presently, freelancing as a communication consultant for some NGOs, he has also been doing story development assignments for web-series based on factual events. He can be contacted at vishakhrathi@gmail.com

Rider is Shaky on the Back of Tiger

The Science and Myths Behind Covid-19 – Mutations