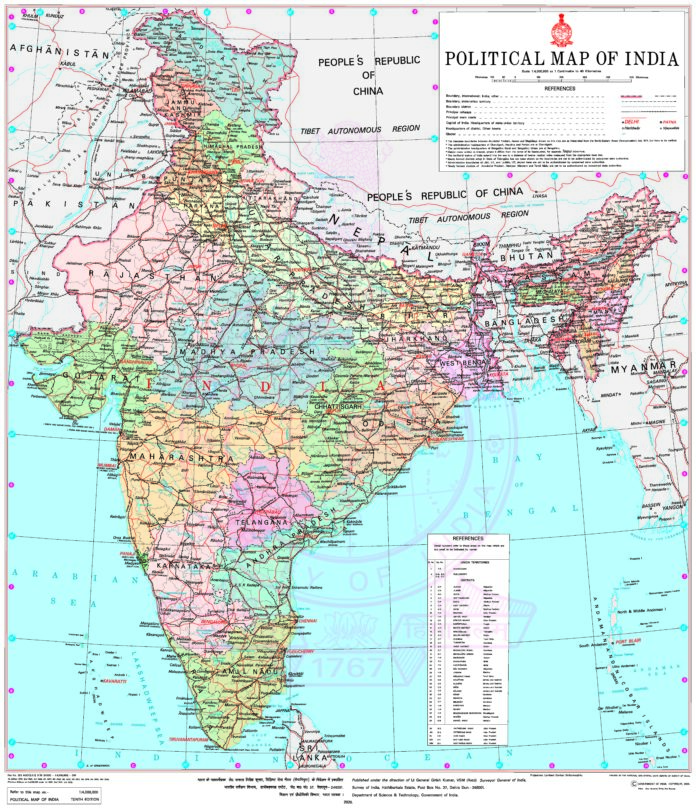 Prime Minister Modi is perhaps the first Chief Minister to have a real stint as the Prime Minister of India. Devegowda  and VP Singh too were very successful Chief Ministers before becoming Prime Minister’s. However, they were severely hobbled by the coalition compulsions and the length of their tenure as Prime Minister was hardly sufficient to make any serious impact on India’s governance trajectory. Historically, the respective grammars of running a state and the country have been very  different from each other in the Indian context.

In post independence India, central leadership developed on certain elite lines imbued by high education, freedom struggle values, later dynasty element perpetuating high class and mostly high caste character of the leadership untainted by the compromises of difficult bargains and negotiations or struggles for political supremacy. This afforded a bit of insularity to Central top leadership, which could keep a club feel to the high – command culture. This somewhat insular, inscriptive status of the central leadership allowed the top leaders to stay true to their values or vices as the case may be.  In the right hands, this system can ensure a degree of supremacy of agreed upon values. High  command system, if transcended the norms of internal party democracy, also often ensured decisive decision-making and, above all, a check on populist urges. Furthermore, for most of the history of Independent India, the central legislature retained much of its position despite rabid party politics and Parliamentary norms showed remarkable  resilience in the face of powerful executive…… Up till now.

States, on the other hand, were always slightly presidential in their governance. Legislature, in the states, were subverted long ago. Much greater identification with the leader/CM in policy/governance and beneficiary dynamics. Institution Independence in bodies like  state universities and bureaucracies took leave of impartiality principles much  earlier. Ethnic flavour in governance was accepted to far greater degree, perhaps due to regional and linguistic issues e.g. Maharashtra and Tamil Nadu. CMs normally have a grip over the bureaucracy and have more intimate control over their officers.   It is this model that is being experimented with a quite visible success at the centre in India.

Prime Minister Modi has brought in a strong style more akin to the Presidential system. He is the main vote catcher for the party and election campaign for BJP is highly individual specific. As opposed to the ‘first among equals’ principle of Cabinet, his cabinet colleagues are dependent on him for their very political existence . Parliament, due to various reasons, not solely due to Modi, has seen significant erosion as the pre-eminent platform of national discourse. Institutions are seeing new levels of political interference. Rather successful attacks on every mode of independent intellectual ruminations in the garb of elite baiting has created the same anxiety and instability in the top central institutions of learning and research. Attacks on JNU and FTII with a large public support are cases in point. Extent of pervasive ethnic  undertones in the matters of state are unprecedented at national level. Clearly, the ultimate outsider has managed to impose his style on the capital power structure and is running the country as he used to run Gujarat.

However, there are structural differences between the country and the states in the Indian system. Apart from the size and diversity, Indian federalism, despite its heavy biases for a strong centre, is still a federal structure where the states have rights. This federal system allows states to have a system and identity of their own. Beyond a point, a country can’t be solely identified with the Prime Minister in the same way a state can be with a strong Chief Minister. Party system often overrides this issue by making the Chief Ministers more amenable to the iconography of the central leader, but the number of states governed by national opposition or regional parties has always been very high in the last half century. Even in the ruling party states, a strong regional leader like Hemant Biswa or Yogi may resist the iconographic domination of the central leader beyond a point where their own identity starts getting diluted. Normatively also, this goes against the federal  spirit envisaged in the constitution.

India is a country of continental proportions and with unparalleled diversity of culture, languages and local needs. It may be amenable to a strong central leader or strong centre or even a presidential style of functioning, but imposition of unitary ethos of a state is an inefficient and wrong move. The Chief Minister, while running a state does not face these constitutional/federal constraints, his or her will has far smoother play in a limited area with much less diversity and singularity of administrative control. This is not so with the Prime Minister in general non-emergency circumstances.

At another level, this style damages the initiative in the institutions and, above all, Union Ministers. Prime Minister Modi is an excellent administrator, his formulation, execution and monitoring of government initiatives is exemplary. He has pushed his policies in financial inclusion, swachata, administrative reforms with great energy and sincerity. Still, too much focus on one person and uncertainty about what reaction will be received by Ministers and institutions for their autonomous initiatives, often lead to a situation where they wait for cue from the top even for the routine things of their department. This is a classical management dilemma – tension between tight control and individual initiative.

Though the Ministries have shown great promptness and improvement in managerial implementation of the policies pushed by the PMO; however, from all appearances, there is a serious lack of independent and autonomous initiative on their part. They are geared to receive cues from the top, but their own creativity is subdued. India is too big a country to be governed by one mind. There may be an initial relief that policy paralysis is over, but the gaps will be there and stakeholders will suffer in due course. Already, farmers issues, Industry, pandemic management are riven with both implementation brilliance on one hand and gaping holes in the umbrella coverage of issues and interest assimilation, on the other.

With this level of centralization, gradually the government starts becoming bereft of trouble-shooters. Seasoned political players with credibility and base of their own get side-lined to cede limelight for the top leader, and Rajya Sabha types with bureaucratic style get prominence. Case in point, apart from Kisan Andolan, is the  recent Parliament ruckus. While the opposition went to the streets with their grievances, the Government had to field eight Ministers, none with a significant public base, in the official surroundings of a government conference room. Leave aside the senior members of  Margdarshak Mandal or late Arun Jaitley, the most vocal face of the cabinet, absence of Venkiah Naidu, Sushma Swaraj, Gadkari, Rajnath or even Javadekar and Ravi Shankar is noticeable .

The Government will always need political and social energy of the party. However, with tight centralization and absence of real leadership incentive for proactive karyakartas and senior leaders (other than the top two), there is a chance that regenerative social work of the party may degenerate into bureaucratic report making  of private agency driven party headquarters.

Parliamentary System, Cabinet System, Federal Structure with strong centre are the basic features of the constitution and have evolved over a period as our constitution is a living document. The current experiment of running the entire country like a state (however successful) is fraught with practical and normative problems. Not only it is against the spirit of the constitution, but is inefficient and morally wrong. Moreover, it has serious issues of over centralization, which is never good for democracy.