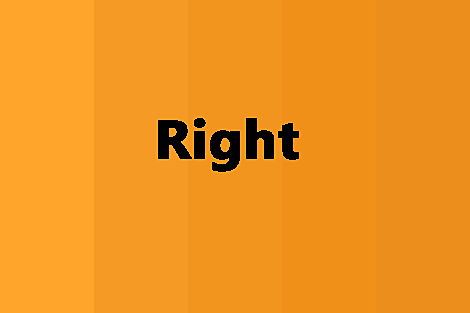 Viewing challenges like Corona contagion and border intrusion by China as opportunities to bolster or discredit a regime appears appallingly unscrupulous and  contrary to the collective interest of the nation. However, this is also true that difficult times have a bearing on the nature of democracy and a good deal of research exists on the impact of an epidemic on the political fortunes and on democracy itself. All countries, which  are being governed by a right-wing strongman have witnessed impact of the epidemic and have lessons to offer. India is no exception.

Pandemics like the current one, have been known to induce something known as ‘authoritative reflex’. It can be operationally expressed in tendencies like insularity, a bias for seemingly decisive authority figure and a fear of outsiders.  While chaos is very easy to prevail but with a recognized figure at the helm, general tendency is to fall in line. Maxims like  “there are no atheists in foxholes” uttered in the context of warfare stress, beautifully expresses the philosophy of ‘authoritarian reflex’

Germany in 1930s, nearer home 1972 and Kargil war crafted majestic political careers. Beginning of the COVID-19 crisis bolstered even demonstrably inept Trump in the beginning as March 2020 saw very good poll figures for him. Brazil and Turkey leaders gained in acceptance and stature. Prime Minister Modi also received praise for his initial handling and decisiveness as he went about lockdown with a very visible mobilization of the nation and putting his political capital behind the containment efforts.

According to the researchers of democracy, there is a very likely alternative scenario  in which crisis is stretched over a period and a right-wing demagogue; steeped in populist bravado, sceptical of experts and in habit of blaming others, handles the crisis in an unsatisfactory way. This can diminish the aura of any strongman. There is a difference in anger/hatred which fuels the right-wing populism and anxiety of a long stretched calamity. Anger deepens the stances and differences while anxiety may lead to examination and search for solutions. A short term crisis pushes partisan negativities of exclusion and hate. Whereas, a prolonged crisis is not good for this tribal epistemology – group interest above evidentiary weight. That might be the reason for dissipation of initial rise in ratings for the strong leaders as Corona virus kept on extending its stay.

In India, crisis has been handled in line with our record historically. If anything, the nation has done a notch better than what we did for bird flu, swine flu etc. To be fair, the spread and scope of those crises were nowhere near the COVID-19 crisis. Lockdown was in line with the existing consensus at that time. If the contagion had subsided in short duration, the lockdown would have been hailed as a masterstroke. Research, surveillance and capacity building can be compared favourably to the past efforts, though these efforts  have been nowhere near sufficient for a country like India. Compared to President Trump, Prime Minister Modi avoided being too partisan and anti-expert in his statements. He also avoided getting into advocating treatments except for a brief support for hydroxychloroquine (HCQ). Still he could very easily be faulted for prioritizing style over substance. His use of mobilization techniques like tali and thali in case of the pandemic and app banning in case of Chinese betray a predilection for trivial over substantial.  His main weakness has been his penchant for ‘shock and awe’. In order to personalize the country’s efforts he, like demonetisation, announced the lockdown in a swoop, totally forgetting about the migrant laborers. Moreover, while he himself didn’t create a divisive climate on Corona, under his watch, situation was allowed to be communalised as shown by the case of Tabliqi Jamaat. Media reporting on the pandemic was allowed to be attacked by the support base and troll army specially in the case of migrant laborers.

Another view point can be that populism of the right-wing gets weakened in case of a prolonged isolation inducing crisis. COVID-19 situation has reduced exposure to the ‘others’ of many kinds such as religious congregations or highly charged community gatherings.  Outgroup  exposure gets reduced when most of the population goes indoors. Chances are that the comparative view of threats would undergo a recalibration. Compared to the other religion or the enemy, virus or China may appear a bigger threat.  However, given the level of hatred and polarization, this appears to be a wishful thinking.

While twin crises of the virus and China have dented Prime Minister Modi’s masculine aura, the tribal divide in the country would ensure that the core base, that engine of extremism, rallies around him. In today’s polarized world, reign of reality and facts is completely subservient to the tribal loyalty. In a post-truth world, right-wing populism is likely to remain potent despite demonstrated bungling of a life-threatening crisis. A populist strongman may have severe deficiency in the pandemic management department but his rise is not dependent on his managerial abilities. Till the time such leader is able to channel the fears or the perceived anger of  the ‘majority’ group and is able to exploit the fault lines of the society, his policy slip ups won’t matter.  Though Corona/China  issues lack the divisive accelerant of communalism, still, in ‘adept hands’ these challenges can drive sufficient division in society to keep anger and hatred  of polarizing populism alive. Prime Minister Modi may be dented a little by this phase but he has Teflon  of all pervasive polarization to keep him from getting damaged in any significant way.