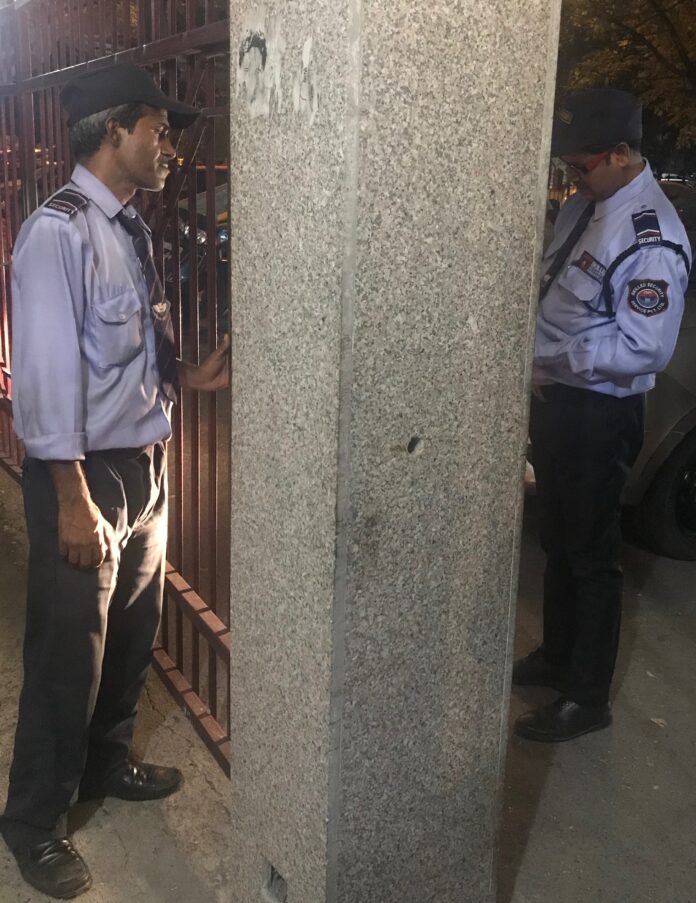 The prime reason for immense mass popularity of cinema has been its hold over the narratives that touch multiple aspects of our daily life. While the script has characters picked from ordinary existence, making a valued sense of their existence had the support of meaningful lyrics and soulful music. Even those engaged in menial daily tasks were accorded recognition in film music, from an ubiquitous rickshaw puller to a visibly tired postman, by sensitive poets who placed their role in wider contexts of human existence.

Perhaps, it was only once (way back in 1974) that ‘Chowkidar’ gained currency as a film, and featured as a title song. For most of us today, Chowkidar is a rather non-descript character who guards anything from a bank to a jeweller’s shop, and can be located at the entrance of any restaurant or the gate of a housing colony. Barring exceptions, this poor migrant villager (farmer) is paid a pittance for his services. That is more or less the story of any ‘Chowkidar’.

As a child I always wondered how could one person be awake through the night to protect both the living and the non-living, and what would he be doing in the loneliness of the all engulfing darkness? Despite the current hype and hoopla around ‘Chowkidar’ I suspect if any of us have seriously thought about it even to this day. This is precisely what well-known poet/lyricist Rajendra Krishan could imagine by thinking through the mind of a Chowkidar as he wades through the darkest hours of a long night.

With a lantern-carrying dog for company, the cinematic rendition of the song has some poignant visuals as the ‘Chowkidar’ unveils stark realities/uncertainties of life.  The Chowkidar cautions those in sleep of a better tomorrow by saying that it may not be rosy on the other side of the night – देख रहा है क्या क्या सपने रात को सोने वाला, ये ना जाने आँख खुले तो क्या है होने वाला. Rafi Saab’s silken voice lends essential pathos to the lyrics.

It may not have been a popular song, and many may be hearing/seeing this Madan Mohan composition for the first time. But if you listen to it intently, you will only appreciate how wisdom is conveyed through simple and relatable words. Not sure what you might make of the last verse – जीत की आशा में ये दुनिया झूठी बाज़ी खेले, जब चाहे वो ऊपर वाला हाथ से पत्ते ले ले – but for me it harbours many secrets that only time will unfold in the days ahead. And, it rightly concludes उसके आगे एक चले ना लाख बनो होशियार, कुछ तो आ कर चले गये कुछ जाने को तैयार.

I would imagine that this song will help us relate better with the ‘Chowkidar’, and help us put the term ‘Chowkidar’ in right perspective. Only by valuing the presence of ‘Chowkidar’ in our lives can we better the lives of those who value our lives. ‘Chowkidar’ deserves more in reality than the rhetoric of everybody claiming to be ‘one’, which none of ‘us’ are in real life.

Can an asteroid or a comet hit the earth in near future?