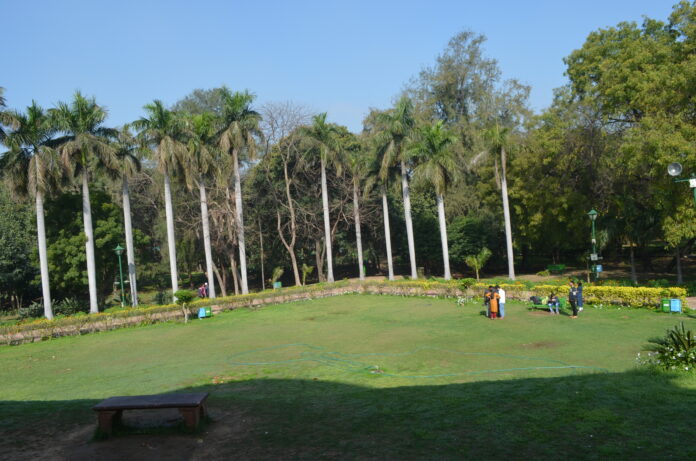 A society where everyone has acquired a legitimacy of a soldier (for maintaining an imaginary nation)  is a society where exercise of basic individual expressions come with prohibitive cost.

As humans we are wired  for survival, not for being grateful or to enjoy. Being alert and frightened has saved the powerless homo sapiens from her much more powerful predators since pre historic times.  Being vigilant was the cost of being alive for those difficult times and that was a compulsion, a huge stress leading to a miserable life. There was a time when every able-bodied person was on call for war. Now we have standing armies, domesticated crops and industrialized economy and a highly evolved governance structure to run all this. If our ancestors have worked to create an environment where this frightened and ever alert role can be compartmentalized away from the business of living, then why should we not enjoy this privilege. I should be allowed to enjoy my moment of abundance and peace. I should not feel compelled to sacrifice this hard-earned pinnacle of civilization to hate and fear that has been manufactured by people who are not satisfied with the growth of humanity from basic to higher needs. This aspiration should not be a guilty pleasure but a reward of onward march of civilization.

In today’s time of charged polarization, it would appear that it is impossible for anyone to be indifferent to political and Identitarian issues. We take sides, we rage, and we very consciously don the mantle of a soldier. We are told that it is impossible, in fact, criminal to stay aloof or indifferent. We are read anecdotes from Nazi Germany and quotations which put forth the perils of staying quiet when forces of bad come for others. We are warned with lines by  Ramdhari Singh ‘Dinkar’ about the consequences of neutrality. On the liberal side, we are castigated for ‘false balance’ and are asked to take sides against ‘rising tide of authoritarianism’. Sometimes, it feels that if you are not aligned and enraged you are missing out the world as this neutrality may sling you out of the network that allows you to work, earn and have a fulfilling life. As a journalist, you appear half as effective if you are just informing the audience and not confirming their worst apprehensions about their chosen target of fear and hate. As a teacher, judge, intellectual you are to perform a role that is to validate the values of your side without any trans-partisan authority. You may not be very good neighbor, friend or even a sports partner if you are not seen as ‘draft ready’ soldier. This necessity has very deep psychological basis and can’t be wished away casually. Here, however, I have come to lament for the lost charms of not being involved and ask for my right to not being a soldier, with politics being just a small part of my hobby universe let alone identity.

It is not easy to see the blessings of one’s own epoch. We live through it and have our share of challenges that prevent us to stay grateful for the fruits of our historical moment. Ours is a time when we have resources and technology to deal with most of our mundane problems. For the first time in human history, it is not inevitable that majority of humanity should remain under abject poverty, hunger and illness. Life need not be, as Hobbes said “nasty, brutish and short.”  It is possible, for the first time in the history, that most of humanity may live sufficiently long and have a shot at making their life meaningful.

Humanity has fought very hard for these things that we take as given. A life where being in your 40s is not considered old, where a flu (mostly) does not take your life, where you are (usually) not tortured for being a witch, where your life is not turned upside down for years (in most of the places) by conflict and invasions. True that there are hotspots where generations are lost without having a shot at peaceful life and many still don’t have access to the basic facilities of life. Point is that these achievements are not natural, humanity has worked very hard for them and they need to be valued. One of the biggest privileges of this moment in human existence is that we don’t face much of survival threat compared to the all of our history. This achievement should allow us not to be a soldier – a follower with deep rooted commitment and very emotionally charged stake in the success of his team and, more importantly, doom of his opponents- all the time.

Above everything, our progress can be measured by our collective achievements and ironically, one of the foremost achievements, accomplished collectively, is the possibility of individual flowering. An individual, being allowed to be her own person, is fairly recent phenomenon. Community claims many rights over the individual, even charges the individual for the contract that the individual has with the community/state in the form of taxation, obedience and even liberty or life when needed. This can also be seen as a cost for having a sphere where the individual can be his or her own person without fear of violence from the community. This can be very important for most of the people, to be able to be left alone and have a life after paying certain agreed upon debts to the society. Problem arises when that space is not respected and you are asked to take sides which amounts to a stream of payment which does not rest in its demands. Any refusal to be sufficiently enraged is taken as tendency against the nation or your own tribe.

When everyone is a soldier

Being able to be away from wartime mentality is important from the point of view of psychological health. However, it is not just some hedonistic entitlement, that we should be able to slip out of survival mode of the yore, it is a functional necessity.  When a major part of the population is suffering from this taxing frame of mind i.e. carrying a flag for something, treating it a matter of survival, it is a sign of a society under stress. Being in high adrenaline, threatened, alert and combative state of mind is very stressful. This conflict induced intensity, when widespread, may not be very conducive for order in the society. Order in the society is based on monopoly of violence being vested with the state. If every citizen slips into the soldier mode it becomes a self-fulfilling loop for sure shot violence beyond state control. A citizen should be allowed to remain a citizen – an entity that earns its freedom to realize its potential in return of certain payments and these payments are different in peacetime and emergency situation. More, importantly, these emergency situations will be exceptions rather than rule. Citizen can question and ask for a report card from the rulers. Citizen looks to judge and assess, soldier looks for orders and benediction.

A society where everyone has acquired a legitimacy of a soldier (for maintaining an imaginary nation)  is a society where exercise of basic individual expressions come with prohibitive cost. If your poem causes outrage, if your classroom is too disruptive, if your news report is not to someone’s liking, if your dress does not conform to some standard, they become a target for a recently minted soldier who in his mind is not indulging in lumpanism but fulfilling a mandate to protect his tribal value system.  Dissent becomes costly. We fought a long battle against laws of blasphemy (inquisition, kufr and what not), censorship (Gestapo), societal disapproval (Khap), in some cases parental control to make dissent safe. Being not able to be a person according to your individuality is a step backward. When someone demands me to join in ‘Garv se kaho… or Nara e takbeer’ I should be able to exercise my right of being not a soldier or part of war. This becomes especially important when activating and appealing to the core identities is easier than ever.

I once asked a senior army officer about the practice of having religious chants as the company slogans. He said that when I am asking someone to die, I need to do that in the name of something which is really strong, primal and part of his innermost identity. He was referring to the ancient tribalism of us humans. Identities are often treated as pre-existing and sui generis. Some are, but it is very clear now that identities can be created, activated, strengthened and people can be asked to rally around them very effectively. One of the most effective way of achieving that is to focus on the threats and the enemies. People are united more quickly by fear and threat than by affirmative causes. This has always been true as it resonates with our need for survival. However, with technological developments that have reduced cost of communicating and coordinating at a massive scale, the situation is in a different territory altogether. The powerful dissemination tools created by the new technology, can be and are being used for positive communication for bonding and sharing but, given the primacy of survival instinct and fear as dominant emotion, these have performed much better in spreading fear and hatred. This makes it even more difficult for someone to stay away from the heightened state of involvement or to be a soldier.

The moment something becomes the part of our identity, we lose the power to discuss that dispassionately. With current information ecosystem (which has managed to monetize hatred and tribal epistemology) and mainstreaming of ancient primal fears, it is very easy to turn interests into identities. With this happening, it becomes increasingly difficult to keep your identity light. Whereas, for having a peaceful and dialogic society, it is important to keep most of the things out of our core identities. For the identities considered core by people, a full-fledged war machinery has been put in place by social and political entrepreneurs many of them demagogues and charlatans.   This makes privilege of not being a soldier in this polarized atmosphere not only important for the individual but a desirable trait to keep the artificially increased temperature in check.

I don’t want to be forced to take sides. I want to enjoy my privileges of dissent, not conforming sometimes, enjoying my core personality and orientations without having to pay with my life, liberty or health. This privilege has been earned for me by the struggles of my ancestors at a great cost. If some constant alertness needs to be there at all, it should be about what identity is being activated in me and what freedoms it is taking away from me.   We left jungle and overpowered so many of the limitations of our fragile species not to be caged again in the state of fright, hate and wartime mentality.