Under the Lens Can an asteroid or a comet hit the earth in near future? 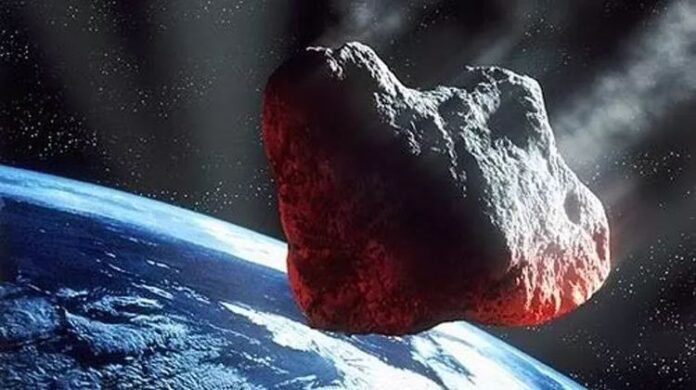 A possible asteroid collision comes up in the media now and then. An image of catastrophe is created in public minds in which a huge crater is created, the earth shakes, extreme climate changes occur and living beings die much beyond the area of impact. Scientific fiction, video games and films add to public interest and excitement around this topic, and mix a lot of fiction with scientific facts.

However, the news about collaboration between NASA and the European Space Agency (ESA) on a project called AIDA (Asteroid Impact Deflection Assessment) has renewed the curiosity about possibilities of Earth’s collision with asteroids or comets. Under the project, an aircraft DART will be sent in mid-2021 with the goal of smashing an asteroid named Didymoon millions of kilometers from the Earth in 2022 and testing the asteroid’s response. This is popularly known as DART Mission directed by NASA.

What are asteroids and comets?

We all have read about asteroids and comets in our middle grade, and largely forgotten that. So, it let’s briefly revisit the subject for the sake of the present discussion.

Asteroids are rocky objects that revolve around the sun, like the Earth, but are too small to be called planets.

There are at least a million asteroids, and most of them fly in the ‘asteroid belt’ between the paths of Mars and Jupiter. They vary in size from a few centimeters to hundreds of kilometers.

Asteroids are supposed to be the leftovers during the formation of planets. They remained fragmented and did not become part of bigger bodies, i.e. planets around them.

When small asteroids shoot towards the Earth, they burn in the atmosphere, producing a streak of light seen at night as shooting stars. Such asteroids are called meteoroids or meteors.

Comets are objects with very long paths that extend much beyond our solar system. They are formed of rocks, dust and ice, and can be a hundred meters to many kilometers in size. When a comet passes through our solar system, its dust and ice are pushed by solar winds. Therefore comets look to be having a bright tail.

How do asteroids and comets come near the earth?

Asteroids are supposed to veer away from their path due to occasional collision with one another, and pulls of Jupiter and Mars. As they scatter away, many of them cross the path of the Earth.

Some asteroids have their regular paths crossing or approximating that of the Earth. Such asteroids keep coming near and going far from the Earth at regular intervals. Some comets are regular in their appearance from the Earth. For example, Halley’s comet visits our skies every 76 years.

Comets have extremely long paths that cross paths of many planets including the Earth. The nearest they usually come to the Earth is many million kilometers from it, but such distances may also not be too safe when the comet is extremely large.

How hard can an asteroid hit the earth?

The impact a celestial body can make when it comes near or hits the Earth depends on its size and the closest distance from the Earth.

There is tell-tale evidence of many big asteroids having hit the Earth and made huge craters. A hit by an object approximately 10 kilometers in diameter that occurred 66 million years ago is supposed to have produced the Chicxulub crater (see map). The extinction of mighty dinosaurs is attributed to this collision.

An asteroid and comet monitoring system, called Sentry, keeps track of objects that can cause measurable, significant, damage to the Earth. It maintains a dynamic risk table, which has the following entries as on 1st January 2021:

The visits by small-sized asteroids mentioned in the last 6 months did not have any impact on the Earth, though one in September 2020 came very close to the Earth. Many such occurrences are likely in 2021-22 but will be harmless.

What is the probability of a big ‘impact’ in our lifetimes?

Asteroids keep hitting the Earth in such numbers that astronomers and monitoring agencies hardly keep track of small ones.

Events of serious nature that are caused by celestial bodies are called ‘impact events’. Luckily the probability of an impact event is rare, and we are not likely to witness one in the next hundred years. However, the risk estimation keeps changing as new bodies are found moving towards the earth or the ones earlier noticed go away.

In the same vein, Bill Nye of Planetary Society, another non-profit organization, says, “The problem is, we don’t know when. It’s a very low probability in anyone’s lifetime, but it’s a very high-consequence event. If it happens, it would be like control-alt-delete for everything.“

If an object of the size of one-kilometer diameter were to strike the earth, it would cause a massive tremor and produce clouds of dust or water rising many kilometers into the sky. Tsunamis and firestorms can spread in all directions.

On a longer time-scale, such an impact can result in a winter or period of low temperatures, due to dust cloud covering the planet and in turn not letting the sunlight fall on it. If the impact is severe, even the tectonic plates under the surface of the Earth may realign, leading to recurring quakes. The movement of the earth can also undergo a change.

Can an asteroid collision be averted with missiles?

How prepared the humans will be to defend the Earth from a major hit will depend on the time in hand and technology available at the time.

Going by the technologies conceivable at present, asteroids and comets moving towards the Earth can be tackled in these ways:

Scientists have been working on impact avoidance for a very long time, but it appears that humanity is as yet not well-prepared for it.

In 2018, the US National Science and Technology Council warned that we are unprepared for a serious asteroid impact event. It also prepared a Near-Earth Object Preparedness Strategy Action Plan. More such assessments have taken place at national and international levels, which have thrown varying levels of concerns.

Now that there are monitoring systems in place and the capacity to scan far-away spaces is growing by the day, experts feel that we will have a lead time of many years to tackle a potentially hazardous object approaching us menacingly.

As stated in the beginning of this article, NASA and European Space Agency are collaborating on a project called AIDA under which an aircraft DART will be sent in mid-2021 to smash an object named Didymoon millions of kilometers from the Earth. The primary objective, as per a NASA release “is to assess kinetic impact as a method for redirection of any future asteroids found to be on a trajectory to impact Earth”.

We are safe from asteroids and comets as of now, but we are not beyond danger. Stone-like meteors would keep falling here and there, but there is not a significant probability of a major hit. We can afford to keep enjoying doomsday fiction, perhaps for thousands of years, without a celestial body playing a spoil-sport.

*About the author: This article has been contributed by MK. He does not like to call himself a rationalist but insists on scrutiny of apparent myths as well as what are supposed to be immutable scientific facts. Please don’t take the views of the author as the views of Raag Delhi.

‘Health for All’ Possible Only With Adopting Gender Sensitive Approach