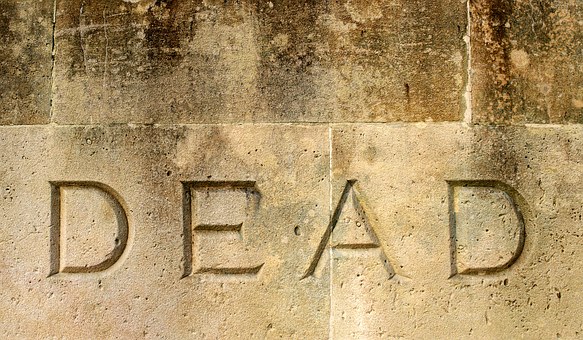 “Do you know what happens after death?” he asked me. “How will you know? You have never died,” he answered his own question.

“What nonsense,” I was livid. “Even if I had died, there was no way I could have told you about my experience after death.”

“This is the whole problem. Billions have died. Everyone who has ever been born has died or will die, but there is no knowing what happens after death. It was very unfair on the part of the Creator to keep under wraps what everyone has to go through”, he lamented.

“But you will surely know one day what happens after death. It is not that someone is going to deny you that knowledge. Where is the hurry to know?” I tried to put an end to this meaningless conversation.

“No, no. It is not just a question of my knowing,” he was impatient. “I think, if there had been credible information on the dead getting punished for their misdeeds, people would have behaved better and the world would have been a better place to live in.”

I was looking at him confused.

He tried to explain, “ I hope, all the stories of punishment after death are trueand someday, someone will come back with evidence to confirm this. See, people don’t get punished here for their misdeeds. They may actually be rewarded. There has to be a way of bringing them to book after death.”

For some weird reason, I thought of Dostoevsky’s novel Crime and Punishment though it did not match the situation at all. He was still looking at me intently. It almost unnerved me.

I looked at him in disbelief. He sounded to me as if he was from a different planet. Was I looking at an alien? I decided to walk away as I could no longer stand his gaze.

*Onkar Kedia has been a career Civil Servant who retired from the Central Government Service recently. He has been writing poems in Hindi and English on his blogs http://betterurlife.blogspot.com/ and http://onkarkedia.blogspot.com/