Under the Lens Deciphering Elon Musk, one of the richest and most talked-about men in... 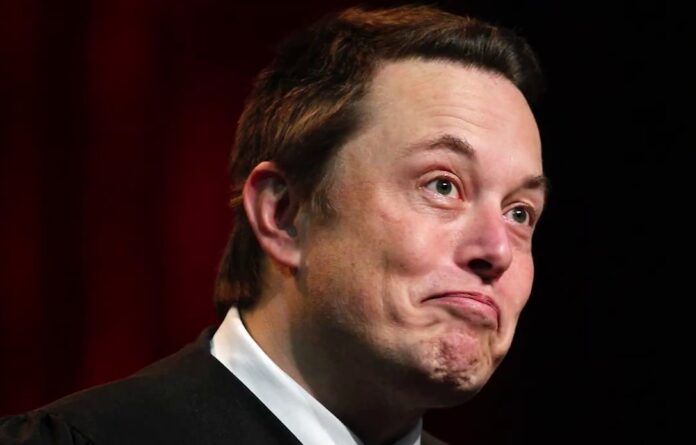 At the time of publishing this article, Elon Musk is the second richest man in the world, with a net worth of $179.7 billion. Compare this with the annual budget receipts of national governments: only the 25 richest nations’ central governments are able to garner more than this amount in a year. More than half of the 195 nations’ governments together are not able to generate that much money in a year, going by the Wikipedia page linked at the end of the article.

Why Elon Musk in this column?

Very few people who have legally made such a fortune are as maverick as Elon. He is quite often in the public gaze for controversial statements as much as for his futuristic vision. His ventures are known for great successes as much as for failures.

He is an entrepreneur, a visionary, a maverick – someone with a huge fan following. The ones who distrust him, even hate him, also end up following him and his activities.

It is, therefore, interesting to know what makes a guy an Elon Musk. There must be something special in him that forces him to create controversies where he should have none, and something that gives him the enormous capacity to think ahead, do great things and deal with failures.

Before that, a brief bio of Elon Musk.

Who was and is Elon Musk?

Elon will be 50 this June. Born to a Canadian model and a South-African engineer and businessman, he spent his childhood in Pretoria. His mother left them when he was 9. He left his father too, much later, finding him ‘a terrible human being’. He is an American citizen now.

An introverted kid, he faced bullying throughout his childhood. Yet, he made his first $500, when he was just 12, by selling a computer code. He was seldom sure of his educational stream, did his graduation in Economics, then Physics. He even joined Ph.D. but quit it to open an internet startup.

He passed through hardships but managed to make his first firm, Zip2, profitable. But then he fell out with its Board. His second company, X.com, which provided financial services, was merged with an online bank and became part of PayPal. Here too, he had multiple issues with the Board and other investors.

His share in both these companies gave him enough money to try to buy ICBMs (inter-continental ballistic missiles) from Russia to set up a greenhouse on Mars. The deal fell through and he founded the next company, Space-X, for building affordable rockets.

The first three Space-X rocket launches failed and some more missions have failed later too, but his vision of space transportation and travel has made the company a name to reckon with. He has received huge fundings and carried out many collaborations with leading space companies. He is now into space docking, private space flights and satellite-based internet.

Musk joined the iconic car company Tesla, first as its Chairman and then became its CEO. Under him, the company has become the leader in electric car manufacturing, but fights with other investors and management have been happening there too.

Musk has also ventured into tunnel boring, solar energy, neurotechnology and artificial intelligence. Extremely fast travel between distant places (called hyperloop), commercial space travel, automated vehicles, satellite-based internet, and missions to create colonies on the Moon and Mars are the most talked about.

He has married multiple times, and named his youngest son “X AE A-12 Musk”.

Elon Musk is a darling of the media. He is a celebrity on social media, and his Twitter handle is followed by more than 50 million people. He is everywhere: on YouTube, Instagram, news alert apps. People throng his public addresses, always curious what he might say or announce. In recent times, if you look for a tech-entrepreneurship legend bigger than him, you might name Steve Jobs, or you may not.

Without a doubt, Elon is presently the biggest risk-taker as a tech entrepreneur, and he has been taking such risks when he was not that rich or famous.

He made nearly 200 million dollars when he was 31, but instead of enjoying that money his entire life, he took more risks: he put most of his money in three companies that dealt with areas not many traditional businessmen with much deeper pockets were ready to jump into. Then he lost much of his money as the world economy took a nasty turn and his companies did not have a great start.

But his perseverance and foresight paid off. One of his companies, Space-X, became the top private space exploration company. His pioneering space missions and launch technologies made the top space companies such as NASA look up to him for collaborations.

His successes in fields that are risky and seem to be without a future can be ascribed to his seeing into the future and not fearing putting his money into it. He focuses his vision much ahead of the times. He has made, and is making, science fiction into reality. When no more than three nations are into their own space travel programmes of any worth, Elon has a space programme on his drawing table that is much ahead of all of them.

His ‘seeing into the future’ is not daydreaming or hallucinating, but progressing towards that distant future in doable steps. Even if he fails, he eventually succeeds. He enters areas that have a promise much more than traditional tech would offer. Then he changes the ground rules. He does not look at ‘what can be done’, but ‘what cannot be done’ and tries to make the impossible possible.

He believes in doing the impossible. He believes in quantum jump rather than incremental growth, whether in business or tech. Only such reckless people can bring disruption, not the ones who believe in managing the existing things professionally.

Elon loves public attention, glare. For that, he is ready to put other, more valuable, things at stake. His supporters say, that happens instinctively because he is a genius with a loose screw but his detractors say, he is an egomaniac and he also does some seemingly stupid things publicly on purpose. When not intentional, they arise because he cannot brook criticism or be labelled as a failure. So, he often picks up fights with media persons, insults achievers in his area, and reacts intemperately to criticism.

Take a look at some of his highly indiscreet actions and you may agree with the critics:

Elon loses his fortune every time he exhibits inappropriate behaviour, but gets away with that. The secret is that his bigger-than-life persona grows even when gets embroiled in controversy. The mix of his futuristic vision, the zeal to do things that look impossible for others and his carefree – sometimes like a cowboy, sometimes a playboy –  style of living the public life makes him a charismatic figure, a legend. His nasty actions in the public seem to only add fun to his followers, mostly the youth, teens and women.

As happens with all cult figures, blind supporters assign him achievements that are fully not his, they celebrate his failures as his successes.

If you study the working of Elon over the years, you find that after choosing the niche, he works hard to exploit the situation. That includes using the weaknesses of others who earlier traveled his path (as in the case of electric cars and rocket science); choosing areas that would keep getting copious subsidies (e.g. electric cars and solar panels); offering to fill gaps in technology while garnering all the public-funded research that act as building stones (e.g. space docking); passing off poor products at the time of crisis (e.g. offering cheap respiration-aiding machines as ventilators during COVID-19: forcing public bodies to fund or give loans for collaboration; not following rules (e.g. he bullied his way to keep his factories open during the ongoing pandemic).

Listen to his critics. They say that some of his public ‘indiscretions’ or efforts to be ‘fully transparent’ about the companies that he invested in or operated had a business purpose. Some of his cross-company investments and promotions are also reported to be unethical.

His record of corporate governance is pathetic. He has been ruthless in countering opposite views in his companies and manipulating his position to quash competition within the firm. He is too self-centred and does not allow teams to grow. He does not delegate. His companies are reported to have a bad work environment. He seems to have the knack for identifying visionaries who are workhorses but are not after acclaim. And he makes sure that the acclaim is not shared by them.

Some of his ‘visionary’ pursuits are also said to be whimsical and distracting the public attention and effort from areas that should get priority. For example, space travel and colonising Mars cannot be the focus areas for humanity.

Critics also say, his achievements should be judged in totality of how the technology and business around him operate. For example, “SpaceX is not driving the future of space exploration. It is capitalizing on a deep pool of technology and highly trained people that already existed, and it is doing so at a moment when national support for NASA has diminished and the government is privatizing key aspects of space travel.”

Also consider this: “Musk’s success at Tesla is undergirded by public-sector investment and political support for clean tech… Tesla relies on lithium-ion batteries pioneered in the late 1980s with major funding from the Department of Energy and the National Science Foundation. Tesla has benefited significantly from guaranteed loans and state and federal subsidies… In addition, Tesla has received $1.29 billion in tax incentives from Nevada… has won an array of other loans and tax credits, plus rebates for its consumers, totaling another $1 billion.”

Elon Musk as a person is a maverick, a disruptor, a visionary, an achiever, and a highly self-centred and ambitious human being. Such people inspire the teens and the youth, and have a massive fan following.

Some critics call him ‘a fraud’, which he might not be. However, too much ego, impatience and risk-taking keep them on the edge; we don’t know when the fall happens.

As a character, Elon represents what all a free society can offer in terms of imagination, risk-taking, achievements and being accountable for one’s actions. He also represents what good and not-so-good/ ugly the unbridled capitalism can produce for the society and humanity.