चलते-चलते HOLY IS THE COW: HOLIER THAN THOU 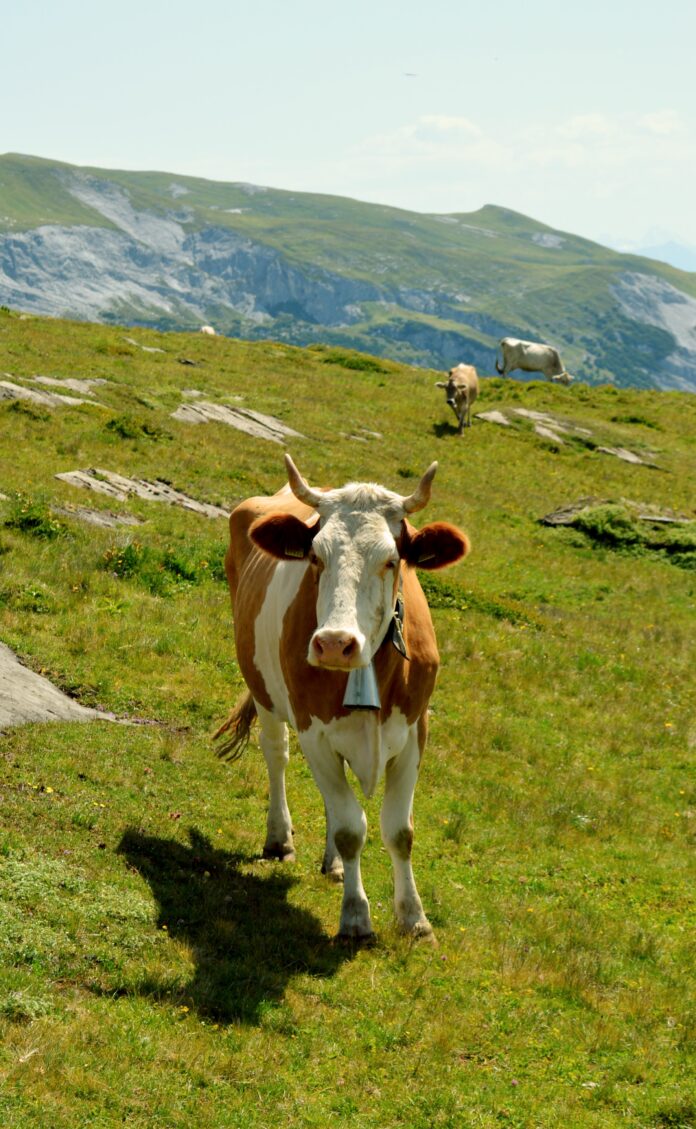 The First Lady of the male dominated Animal Kingdom nee Holy Cow nee Gau-Mata is about to arrive to her new abode. The entire house, decorated with streamers, buntings and balloons, has a festive look. Everyone is waiting with bated breath, and jostling to have vantage position to have first look at their guest.

Suddenly there is a flurry of excitement. And, there she arrives in style, escorted by two sturdy gau-rakshaks.  Everyone, one by one, garlands her to accord her a ceremonial welcome. For expressing her devotion to  gau-mata, Tapesar’s grandma rushes to apply tilak on her forehead, showers rose petals on her and then after performing the ‘Aarti’, asks younger ladies of the house to touch gau-mata’s hooves.

They obey, albeit, reluctantly.

Thereafter, grandma guides gau-mata to the courtyard and ties her to a wooden stake. Meanwhile, Tapesar, the jubilant gau-rakshak brings a clean container to collect gau-mata’s urine, while his grandma waits patiently to collect gau-mata’s excreta, called reverentially as gobar. Both have different reasons to do so.

Tapesar reasons that gau-mata’s urine has antibacterial properties and that is why he was collecting it so that the entire household could sanitize their hands before and after every meal. He also exhorts them to gargle with the same urine every morning after brushing their teeth, and also after dinner before going to bed every night.

Making a special appeal to ladies, especially the adolescents, and with a wink to his young wife, Tapesar asks them to wash their faces with gau-mata’s urine to keep the skin glowing and free from wrinkles and pimples.

“And, drive everyone mad with its stink the whole day and night”, retorts his wife sarcastically, while the other ladies giggle endlessly.

Unmindful of their disdain, Tapesar sticks to his schedule. He disinfects his mouth and taste buds every morning, after brushing his teeth with a neem twig, and thereafter performs the well publicized yogic kriya called lome vilome. By keeping a mug full of gau-mata’s urine close to his nostrils, he inhales and exhales quickly to sanitize his olfactory nerves.

So what if he smells of urine the whole day, and becomes a persona non grata!

Tapesar’s grandma has a different reason for collecting gau-mata’s gobar. Emphasizing its antifungal and antibacterial properties, she tells a coat of gobar on the kitchen floor and the chulah keeps them swachch, besides repelling insects and the ubiquitous house fly.

For yet another reason, floors and walls of mud huts in villages are plastered once in a fortnight with gobar. This keeps the huts cool in summers and warm in winters. This is the gau-mata’s novel way of air conditioning poor people’s humble dwellings.

But the most compelling reason advanced by grandma for her choice of gobar is that it doesn’t stink like that of urine, despite being the by-product of the same gau-mata.

No wonder, she is worshipped as divine mother who gives away everything pro bono, without  any quid pro quo. Unrivalled by any other animal, extremely humble and munificent, gau-mata deserves undoubtedly a dominant status with no ifs and buts.

The most honourable compliment would, therefore, be to declare gau-mata a National Animal as  desired by the Allahabad High Court recently. And, sooner the better!

Banner Image by Thea on Unsplash