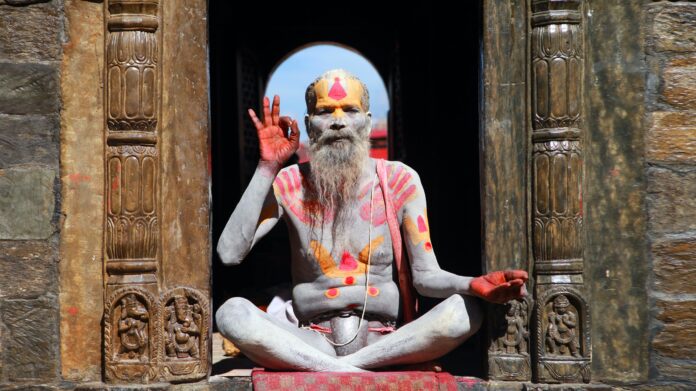 Liberal gloom appears to be insurmountable. There appears to be no effective or meditated response to right-wing onslaught. Populace, polity and public sphere is in firm grip of polarization logic. Can Indian liberals turn the tide? Is there a silver line amidst this despair?   Mudrarakshsa  examines the odds for Indian liberalism.

Polarization has changed Indian society and polity rather irreversibly or has it? Dominant discourse of the society is inexorably covered by overarching  religio-nationalistic identities. Public sphere has mutated into a tribal battle field where affinity to one’s group, rather than the truth or moral values has become the guiding principle. The kind of violence we are witnessing, both physical and verbal, along with normalization of hate-mongering and minority bashing is not going anywhere too soon. The hegemony or dominant wisdom is no longer the same as what, perhaps, our founding fathers and mothers envisaged. Though nothing is permanent, still, outlook is not at all conducive for liberals. We are bound to keep living with this changed acrimonious state of affairs for a foreseeable future. Question that must be agitating quite a few minds – is there any redeeming feature or sign of hope for recovering from the prevailing situation? There cannot be any definite answer but the situation, in this author’s view, is not totally devoid of hope. There are signs which indicate plural ethos may have a chance, though its heydays, as we know them, are thing of past.

As has been elaborated in the earlier articles here, logic of polarization is relentless in its vicious cycle. Polarized citizenry makes for polarized election campaigns and polity, the polity in order to keep the base of demanding, noisy and ideologically fanatic supporters energized, polarize the policies, symbols and institutions,  giving sanctity and a  legitimacy  to the polarizing thought process. It becomes easy to identify with one’s  tribe and rewarding too both psychologically and politically. Moderation stops being paying and polarization deepens. This has happened in India too, though I daresay, with some very interesting safeguards (some of quite dubious moral validity) intact.

Also read by the same author

In India, work of RSS and the similar groups, acquired traction with BJP coming into its own with Advani led Rath-yatra and electoral successes in 90s and early 2000. After a decade long hiatus, they managed to cross the threshold on back of charismatic Narendra Modi, a demagogue with vast majoritarian appeal, veneer of administrative capability and massive facility with image management process. It didn’t hurt that he is a great communicator too. Logic of polarization worked in 2014, worked again in 2019 and continues to fuel the right-wing  juggernaut till today.

There are two key mechanisms of polarization – first, it makes exclusive mobilization of  base voters a viable strategy. A party or leader gets sufficient numbers for victory just by cornering the core voters without bothering about the fence-sitters, floating voters or winning opponents. This makes the messaging of parties extreme as key audience for these messages is hardcore and increasingly more deeply fanatic. This leads to recession of plurality and accommodation as pluralistic assertions are no longer politically lucrative.

Second is stacking of identities. We all have identities, however, in less virulent polarization one’s religious identity may not interfere with her sports fan identity or her science major identity may not interfere with her BJP fan identity. In such a scenario there is chance of peaceful coexistence and people could be friends even with ideological differences. There can be marriages, friendships, cross party exchanges and viable communication. However, problem arises when one overarching identity starts dictating other identities. In such a situation, political, religious and racial identities start coalescing into one grand identity. This process deepens polarization to a debilitating level, as it has done in USA. Truths, friendship, regional aspirations, lifestyle, political choices all become subservient to the grand identity – a liberal or a conservative. In America, liberals and conservatives have rather neatly sorted on regional, religious, political and racial lines. In India too, this has happened but, due to some structural characteristics special to Indian society, not to that extent. And, therein shines the silver line.

Diversity of Indian case can be seen in its myriad-hued political system characterized by a large number of political parties and regional strongholds which are devoid of national glue in post Congress-system period. More importantly, it is the amorphous non-centralizing nature of the majority religion i.e. Hinduism that provides cultural, spiritual and structural richness to this diversity. In fact, a major part of right-wing enterprise is to turn this multidimensional entity of Hinduism into neatly packaged homogeneous “dominant ethane’ to be activated by a unified message of hurt and grievances.

Whereas, this diversity makes it easy for the minority loudest voice (BJP is yet to have majority – more than half of popular votes) to become the dominant voice, which is the first mechanism of polarization discussed above. On a positive side this inherent diversity prevents stacking of non-political identities under the umbrella of political identity. Unlike, two party-one religion countries, it is difficult to stitch an all encompassing single identity to mobilize people in diverse India. Presence of regional parties with strong base will continue to counter single homogeneous identity-based program of the right-wing. This can be seen in difference between voter choices in national and local elections. This sophistication to differentiate between local and national by the voters augers well for Indian democracy.

When we look at Hinduism, we see a religion which has retained much of its original animistic, diversified and open feel. This fuzzy, non dogmatic amalgamation of wildly differing strands (including agnostic and aghori) is not amenable to frenzied mobilization as no one unified message can be used to rouse the entire faith. Apart from the rich diversity of philosophies and the spiritual orientations, there is no less appetizing hold of caste, which adds to the diversity from the point of view of polarization and right-wing mobilization.

Caste, not the religion has been the primary identity for most of the Indians. A troubled history of caste-based ascription of status and exploitation (an example here) has created an identity so immediate and primal that in independent India it became the most potent dynamics of Indian politics. Gandhi used it for mobilization during freedom struggle as glorious campaign for removal of barriers for untouchables as well as temple entry movement. Ambedkar’s plank of the rights for the untouchables was as potent as Jinnah’s for Muslims. However, due to Gandhi and Congress stewardship and an undeniable upper caste manoeuvring, this most potent factor was subsumed by the nationalistic fervour of freedom struggle. Still caste represents a clear saga of division, exploitation and primordial loyalty, a combination which has entered into the DNA of Indian politics for better or worse. Despite all of its divisive connotation, caste mobilization has strong underpinnings of class assertion of the downtrodden which is completely missing in majoritarian upsurge.

One of the biggest achievements of the right-wing is that they were able to make Hinduism the primary identity for a sizable voting population, pushing caste somewhat in the background, at least in national level electoral contests. But Indian situation still has many years of caste dominance and it will take every ounce of political acumen of the right-wing to keep caste in the shadow of religion. This will prove even more difficult at local and state level where caste divisions get primacy. In fact, electoral setbacks of the right wing in Madhya Pradesh, Chhattisgarh,  Rajasthan and even Delhi show that the Indian voter is comfortable with ‘ticket-splitting’ and gives differing verdict for national and local elections. This is even more deeply embedded in Southern states. Perhaps, emotional appeal of religion is less immediate than caste.

Caste division in Hindus may not lessen the anti minority sentiment at individual level but this sure has potential to impact dominant national narrative into more nuanced acknowledgment of diversity of identities away from jingoistic religious hatred. Definitely electoral implications will be interesting to watch, as much of right-wing shine is also due to its undeniable electoral success. Hit on electoral victories has a potential of downward spiral of right which may open up political space for new formations.

This is no validation of caste system but an acknowledgement of India’s unique dynamics of polarization which get to be different from book-based one religion societies and two party democracies which provide readily available compartments for sorting of the various aspects of society into two neat  poles- an all-encompassing polarization. No two opinions about it that response to right-wing in India hasn’t been as robust at the institutional level of media, judiciary or academia as in many other mature democracies. However, its social and political diversity may still have a surprise in store. India, due to its inherent structural diversity, may end up dealing with this challenge much better than many countries.