Under the Lens Is Monkeypox the Next Covid-19? 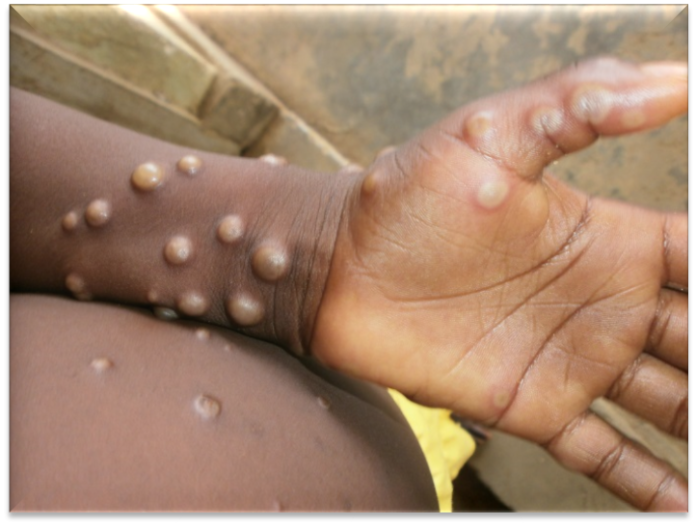 On 23rd July, just two months after the first cases of monkeypox were observed in Europe, the World Health Organisation declared this disease as a public health emergency of international concern. This is WHO’s way of saying that it is a very serious disease that can spread globally, and cause serious health emergencies in different parts of the world.

As if to prove the WHO right, by the middle of August, the disease has been detected in 92 countries as compared to about ten African countries two months back where it was endemic and not wide-spread. Around 39,000 people have been reported infected globally. The way the graph of this ‘rare’ disease is rising, it is going to be a serious health concern.

Some similarities between monkeypox and COVID 19 make one worried. For example, COVID 19 and monkeypox both have first spread fast beyond their places of origin, in Europe. COVID 19 too was initially taken lightly, even by the WHO. Both are viral diseases and have spread fast, and across many countries, after they were first noticed.

Is monkeypox going to be the next COVID 19?

Let me give you bare facts so that you can make an informed inference about that.

What is monkeypox and how does it spread?

What are the treatments available?

As I said earlier, monkeypox is much less lethal than smallpox and COVID 19, and so far, only 12 deaths have been reported. This comes to about 3 deaths among 10,000 infected persons.

There is no specific treatment for monkeypox and, in majority of cases, the disease goes away on its own. In most cases, symptomatic treatments against fever, itching, etc are followed. In more pronounced and severe cases, antiviral drugs are administered.

Since monkeypox was, so far, an endemic disease (that too in poor countries), no specific drugs and vaccines are available against it. The WHO has now started coordinating research and drug-discovery.

For vulnerable people (those likely to be in contact with infected persons and those with weak immunity), vaccines already available for similar viruses are being recommended as of now. In the USA, JYNNEOS vaccine and TPOXX antiviral drug have been recommended by the country’s top health authority (Center for Disease Control and Prevention).

So, monkeypox is not likely to become a pandemic like COVID 19?

As of now, monkeypox is being called a ‘multi-country outbreak’, which is much lower in infectious disease classification than ‘epidemic’ and ‘pandemic’.

Though the infection has been traced in more than a third of all the countries in the world, within a few months, there are reasons why it may not be as big a concern as COVID 19, even dengue and malaria.

Look at the following facts:

However, monkeypox is not to be taken lightly. There are serious concerns regarding its impact on society. Look at the major ones:

Epidemiologists say, since the world has become so much connected through large-scale travel, major outbreaks of infectious diseases in many parts of the world cannot be ruled out in future. However, monkeypox – going by the nature of the pathogen as well as the alertness in the health systems – is not likely to turn pandemic. At least, not as horrible as COVID 19.

If you are not uptodate on the situation of monkeypox infection in India, let me give you some titbits.

India comes in ‘moderate-risk’ category, indicating that it needs to be prepared against its fast spread. Central and State Governments seem to be adequately alert and responsive.

The first case was reported in mid-July in Kerala –  a person who was in contact with an infected person in the UAE. A locally-transmitted case, without a travel history, has also been found.

Going by the genealogy of Indian strains, it appears that the virus has been circulating in the society for some time.  One more factor to be considered is that a large population is already vaccinated against smallpox, that might provide enough protection (herd immunity!) against monkeypox.