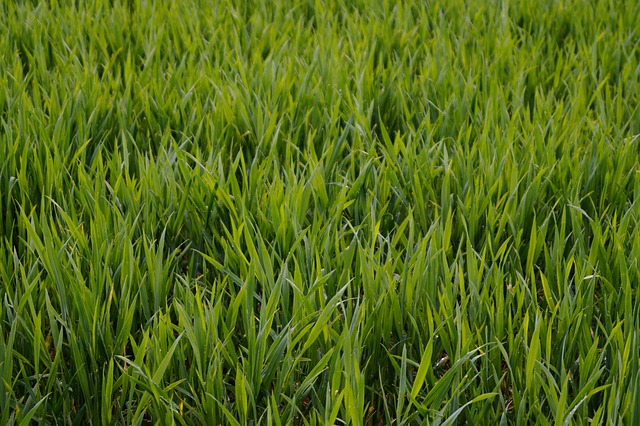 There is no denying that the Indian farm sector, despite achieving record production year after year, is passing through severe crisis. All attempts, sincere or demonstrative by the successive governments, to ameliorate the lot of rural poor have not shown any significant results and farmers continue to feel distressed. With the slow down in Indian economy which descended upon India much before the Corona crisis, has further increased the pressure on agriculture sector with migrant labourers returning to their villages after losing jobs in the cities. Of course, after Corona pandemic, this pressure has increased manifold. In this backdrop, the recently passed three farm bills have aroused lot of passionate reactions. Whereas the government has termed the passing of bills as historic, the critics of the Bills which include the Farmers’ organizations across the country are vociferously opposing the move.

Rushing through the Rajya Sabha

The farm bills were rushed through the Rajya Sabha in such a brazen manner (by not allowing the division of votes) that invited criticism from many independent observers. It may be recalled here that apart from the Congress, the Left block, TMC, Shiv Sena and RJD, some other regional parties which usually support the government, were categorical in their stand on opposing the farm bills. For instance, the NDA ally for a long time, the Shiromani Akali Dal (SAD) even decided to walk out of the government by making its Minister resign to demonstrate its stiff opposition to the farm Bills. Similarly, the AIADMK which is otherwise BJP’s ally in the State of Tamilnadu, declared the Agri Bills as favouring to corporate houses. Telangana Rashtra Samiti (TRS) who are normally seen supporting the government also decided to be seen opposing the Bill.

Obviously, this made the BJP jittery and it realised that it may not have the required numbers to see through the Bills. The Opposition allege that the ruling dispensation ensured through the Deputy Chairman that the Bills are passed through ‘Voice Vote’ in clear violation of rules. The manner in which the Bills were breezed through, have been editorially criticised by the major English dailies of the country.

The Hindustan Times which otherwise was in favour of ushering in the agricultural reforms through these bills, editorially criticised the manner in which the bills were rushed through. “….there is little doubt that the process was undermined, reflecting poorly on India’s parliamentary democracy…… there was no division, but a voice vote — prompting genuine questions about whether the government had the numbers at all.” The editorial of course criticised the opposition also as it wrote, “The opposition in being disruptive, creating a din, tearing documents, and creating a difficult situation for the presiding officer, perhaps indicating that it too was not confident of the numbers.”

The Indian Express criticised the conduct of Deputy Chairman in its edit by saying that “not only did the Deputy Chairperson deny a division of votes on two controversial bills, he also refused the Opposition’s demand for them to be sent to a select committee on the grounds of disorder in the House — even as, amid the same disorder, he helped pushed them through.”

The Hindu in its editorial said that “Rajya Sabha Deputy Chairman’s refusal to conduct a division of votes…despite persistent demands from members  was unprecedented in its sheer brazenness….. The rules of procedure regarding voting are unambiguous that if a voice vote is challenged, ‘votes shall be taken’…”, it added.

Apart from the manner in which this has been passed, there are several issues on which critiques are demanding answers from the government. One of the most rhetorically asked questions is as to why the government not guaranteeing the MSP when the farmer goes to private market with its produce. Obviously, we know that the markets do not run this way but do we continue to remain deaf to the continuous chorus of the critques that it would eventually dismantle the APMC system which was designed to  ensure fair trade between buyers and sellers for effective price discovery of farmers’ produce and thus leave the farmers at the mercy of corporates?

Besides the rhetorical MSP question, there seem to be more genuine concerns about the encroachment on States’ rights through these farm bills as agriculture and markets are state subjects and the freshly enacted Acts are being touted as brazen attack on cooperative federalism. Although the Centre has defended its position by saying that trade and commerce in food items is in the concurrent list, so it has the right to legislate on these issues. However, the question remains that how the States will handle the markets and how they make up for the revenue loss (Mandi fee and cess) caused by the weakening trade in APMC Mandis.

For instance, in 2019-20, Punjab collected Rs 3,600 crore as revenue from the trade fees. It is to be noted that the revenue generated as tax or fees from sale of agricultural produce is used by the state government to develop rural roads and linkages with state mandis. The Food Corporation of India (FCI) pays 2.5 per cent commission to APMC licenses commission agents, arhtiyas, under the state APMC Act in Punjab. Apart from revenue, many livelihoods are also at stake. (More details here).

The critics of the farm bills also point out that owing to the unorganised nature of the farm sector and lack of resources for a legal battle with private corporate entities, the contractual farming will put the farmers at the most disadvantageous position as the government has not made any provisions for inbuilt safeguards.

Commenting on the easing of regulation of food items, the Punjab Chief Minister Amarinder Singh pointed out that it would lead to hoarding of farm produce during the harvest season, when prices are generally lower, and releasing it later when prices increase. He said the States would have no clue about the availability of stocks, thus the emerging situation may lead to the undermining of the food security.

The agriculture scientist and a long time commentator on farm issues, Devendra Sharma in an audio interview with Anubha Bhonsle says that there was a dire need of creating more APMC Mandis instead of weakening them. He pointed out that in any case only 6% farmers get the MSP and rest are dependent on private players. In last two to three decades, over 3.64 lakh farmers committed suicide, he laments and says that this would not have happened if markets were favourably inclined towards the farmers.

Moreover, in another interview, Sharma says that the recent changes made by GOI in the agriculture sector are based on the US model.  “All that is now being spelled out as agricultural market reforms have been in existence in America for more than six decades. It has been ‘one country, one market’ in America; farmers can sell anywhere within and outside the country; there is contract farming; there is no stock limit on big retail and there is commodity trading. Despite all these market reforms in existence, American farmers are passing through a terrible crisis….If market were so efficient, the question that needs to be asked is how come it failed the American/European farmers?…. Why therefore resurrect a failed policy? Why borrow a system that has crumbled in America and Europe? Why our policy makers can’t come up with policies that suit the national interest, conform to what the country’s needs are, and meet the emerging challenges of the future?,” he asks. You may like to read his detailed written interview at his Blog.

Himanshu, a visiting fellow at Centre de Sciences Humaines, and earlier at London School of Economics, United Nations University-WIDER and GREQAM says that the private sector is not going to incur losses to support farmers. It does not change anything as far as MSP is concerned, which incidentally is only implemented for rice and wheat. For all the fruits and vegetables that are generally traded in APMC, there is no MSP. The success of private markets will also depend on the infrastructure made available for these markets. The cost of providing infrastructure has to come from the government, he asserts. You can read a very instructive interview with Himanshu covering issues relating to agriculture including reforms at this link.

P. Sainath, the founder editor of the People’s Archive of Rural India and former rural affairs editor of The Hindu, on expected lines, severely criticises the Farm Bills in several interviews he granted to TV Channels or Youtube Channels or the Newspapers and web portals. In this interview to the Wire, he talks extensively on rural distress and also touches upon the privatization spree going on in health and education sector for last over two decades. It is a must read interview for all who care about the farming distress, rural poverty, urban poor and the migrant labourers.

Those who are interested in studying the various related aspects of the three Bills, may like to see this interview in the Hindu with Sudha Narayanan (Associate Professor at the Indira Gandhi Institute of Development Research) and Arindam Banerjee (Associate Professor at the School of Liberal Studies at Ambedkar University) who discuss the long term implications of the farm Bills.

What do the Supporters say?

However, the supporters of the farm bills contend that the agriculture sector was in the dire need of reforms and these bills, though brought very late, will empower the farmers by providing them greater choice and freedom to sell their produce and to buyers to buy and store the products. The Agriculture economist and Professorat ICRIER, Prof Ashok Gulati says thatthe freedom to buy and sell at will would create competition in agricultural marketing. “This competition is expected to help build more efficient value chains in agriculture by reducing marketing costs, enabling better price discovery, improving price realisation for farmers and, at the same time, reducing the price paid by consumers. It will also encourage private investment in storage, thus reducing wastage and help contain seasonal price volatility”, he contends.

Amitabh Kant, the CEO of Niti Aayog has termed the passing of these legislations as the 1991 moment for the agriculture sector. In an article for the Times of India, Amitabh Kant writes that “with 43% of our 500 million plus strong workforce engaged in agriculture, the lives of millions stand to be transformed as a result of these reforms, ushering in an era of modernisation and prosperity for Indian farmers.” He also mentions commitment to develop rural infrastructure with the launching of a Rs 1 lakh crore Agriculture Infrastructure Fund (AIF) to facilitate the development of farmgate infrastructure, that includes collection centres and pre-processing facilities amongst others. However, this article does not seem to adequately respond to the crucial points raised by the critics of the Bills.

The Home Minister Amit Shah has also written an article in which he says that once the first legislation is enacted, farmers will be freed from the grip of the middleman, and able to sell their produce to buyers from across the country at a price they deem to be fair and at a time of their choosing. Freedom to sell at the farm gate will do away with transportation expenses, and thus boost incomes. This is a giant stride towards the fulfilment of the dream of ‘One Nation, One Market’ 73 years after Independence.

Our own columnist for “Money Matters” Satyakam has prepared an illustrative write-up giving the main points of the Bill and its criticism in a nut shell.

Text compiled by Raag Delhi. Above illustration by Satyakam.