Geo-politics & Defence The Afghan Crucible and Kashmir: A Geo-political perspective 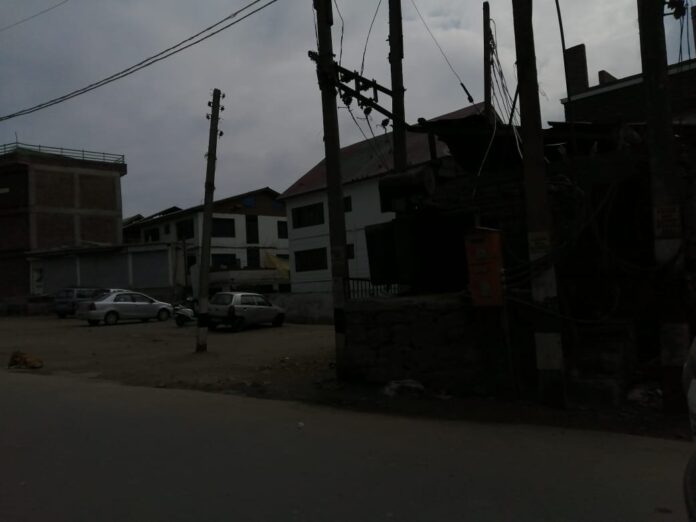 The American withdrawal from Afghanistan has led to a virtual bloodbath in the unfortunate nation, with the Taliban coming out in its full brutal force, firmly entrenched in their theological moorings. The violent bloodletting in our neighbourhood should make us focus more keenly on our own backyard, i.e. Kashmir, that has always had its heart chambers connected to South Asian geopolitics involving the Islamic States of Afghanistan and Pakistan.

The current events in the region closely mirror happenings of the eighties, which played a role in the politics of the erstwhile State of Jammu and Kashmir. Like before, there is an unstable Afghanistan on the one hand and a belligerent Pakistan on the other. While in the 80s, the Afghan Mujahidin fought the Soviet Red Army, since 2001, the Taliban propped up by Pakistan have fought the Americans. The new dimensions that have entered the equation are, the Pak-China axis and the Indian policy of reading down of Article 370, bifurcation of the State of Jammu and Kashmir and impending delimitation and elections in the two resultant Union territories. Will the State implode in another round of violence with help from the Talibs across the border? What will be the nature of the political process in Kashmir? Geo-politics gives important indications.

To a generation of Indians that was born in the seventies, the late eighties is etched in their memories for two main reasons – a burning Punjab and a boiling Kashmir. 1989 is imprinted in our memories as the year when Kashmir seemed to be on the brink of separation. As the separatist movement in the valley turned increasingly shrill, television images of the military and a belligerent local populace with Azadi on their lips was relayed into our drawing rooms as portents of doom. Schools were closed, protests were unending, and the State Police virtually abandoned all Police Stations. There seemed to be no government in the State.

Before long, Delhi was awash with Kashmiri Hindu internal refugees fleeing persecution in Kashmir. They were seen in colleges and schools and stayed in small, ill-lit shacks as they tried to rebuild a life. Young Kashmiri boys set up shops on the pavements in INA market in South-Central Delhi. It seemed as if a full-blown armed and violent insurgency had gripped the valley. What could have been the cause, everyone was asking. Politicians, bureaucrats and academicians all pointed a finger at the ‘suppression of democratic politics in Kashmir’ in a reference to the elections of 1987 in the State. This myth has endured and led to the outrageous ‘Dulat doctrine’ of the Vajpayee years in which a Deep State was firmly entrenched in the valley and which to date is being paid for by the lives of the Indian solider and the common Kashmiri.

The nature of politics in Kashmir was never democratic, but rather leaning towards theological base. Let us look at brief profiles of the participating political parties who contested the 1987 elections and those hankering after electoral power at present.

The Muslim United Front (MUF) was a loose conglomeration of parties that fought and lost elections in Kashmir in 1987. A profile of their politics is revealing. Prof. Abdul Gani Bhat, Abdul Rahim and Sharief-ud-Din were instrumental behind the rise of MUF in 1986. Mohammad Yusuf Shah (now Syed Salahuddin, chief of United Jehad Council, UJC) was one of its leaders. Most of these leaders advocated Kashmir’s merger with Pakistan. They are  on record saying that the ideology of Jam’at-e-Islami (JeI) Kashmir was the inspiration for the MUF. The core ideology of the JeI Kashmir has been the establishment of an Islamic State in Kashmir.

However, this clear theological tone was set much earlier in Kashmir. The Islamic Students League (ISL), another constituent of MUF, was an influential organization formed in 1984 and its cadre were from the  JeI.  Their politics was largely Islamic and religion was invoked to mobilize the masses and attract potential voters.

On the other end in Kashmir politics, we find the National Conference and the Peoples Democratic Party and the recently formed Gupkar Alliance which are  led by the more difficult to deal with since they are cloaked in a secular, talibanesque soft-separatist garb.  So can it be safely assumed that Kashmir’s theology-inspired political leaders are a front for hijacking democratic politics for establishment of the Islamic crescent in the region?

This brings us to the larger geo-political perspective.

The year 1979 marks an important phase in the region due to the Islamic Revolution in Iran closely followed by Soviet Union invading Afghanistan. Pakistan, aided by US and Saudi Arabia, supported the Afghan Mujahidin who were purportedly fighting the un-Islamic Soviet Communist regime in Afghanistan. America and Saudi Arabia pumped in arms to train and 90,000 Afghan Mujahidin in organized terror training camps in Pakistan which by 1983 became training grounds for Kashmiri terrorists. All these facts are well documented.

By the end of 1986 a major Islamic secessionist movement was already active in Kashmir. Participation of some elements who were already spearheading the secessionist movement in 1987 elections is an intriguing political fact. Allowing theologically motivated, anti-state elements engaged in active secessionist campaign to participate in democratic process is a fantastic re-interpretation of democracy in Indian politics. That the subsequent elections were a free for all between the National Conference and the MUF is no surprise in the murky waters of Kashmiri politics.

Over the years Kashmir’s politics changed name, but not its basic religio-centric nature. The Vajpayee years firmly put into place the hydra- headed monster of soft separatism, as the People Democratic Party (PDP) was born with the blessings of the Department of Kashmir Affairs in the Vajpayee government. Now it has morphed into the Gupkar Alliance, with which the current government may not find it advantageous to play footsie. The Indian Armed forces have continuously paid with life and blood of its men due to such complicated political intrigues between New Delhi and Srinagar.

In the eighties, while the Afghan Mujahidin aided by the Pakistani Inter Services Agency made their friendly ummah inspired outreach to Kashmiri separatists, the Indian State played along. The same game cannot be in national interest in 2021while the Taliban ravages Afghanistan. After the American withdrawal from Afghanistan, Kashmir certainly is a region that China and Pakistan are collectively watching as the next possible global flashpoint.  To decisively beat Pakistan and China in their nefarious designs with regard to Kashmir,  India will have to carefully watch and firmly reshape the political narrative in all three parts of the erstwhile state of J&K, which is yet to emerge from a strongly radicalized theologically backed secessionist movement that has formed its core political idiom. Reading down of Article 370 and bifurcating the State have cleared the aberrations and paved the way for re-articulation of the political idiom in Kashmir. These moves may also eventually lead to the dismantling of the Deep State in Kashmir. This is in the national interest as well as in the favour of the common Kashmiri if carried forward with conviction.

Banner Image : Supplied by Sonali Chitalkar – a picture shot by her.

BOOK REVIEW : A RUDE LIFE – THE MEMOIR BY VIR SANGHVI

HOLY IS THE COW: HOLIER THAN THOU