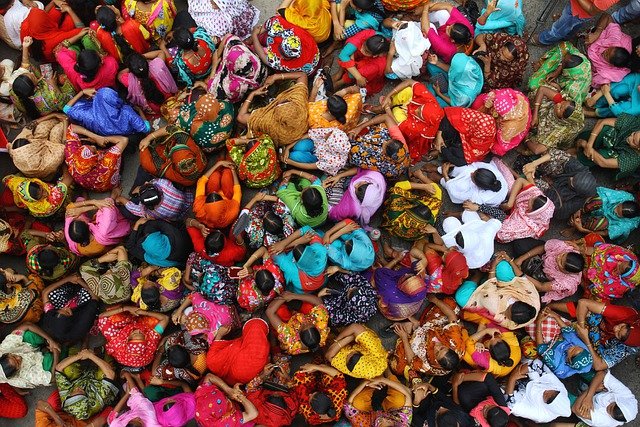 As the world reels under the devastating consequences of the COVID-19 pandemic, the Global Gender Gap Report, 2021, revealed that it created ‘new barriers and asymmetry between men and women…even as women have been at the front lines of managing the crisis’. One of the key findings of the report is that the health emergency and the related economic downturn have impacted women more severely than men, and it has partially re-opened the gaps that had already been closed.

Yes, undoubtedly, women, 70% of all health workers, braved out the risk of exposure and infections, when ‘social distancing’ has been the mandated norms. Majority of them got infected, 72% of  all infected health-care workers, as per the early data released from some countries like the Dominican Republic, Germany and Ireland. While, another study said that ‘a higher proportion of women health-care workers contracted the disease in Italy, Spain, and USA, 69%, 75.5%, 73% respectively, possibly, due to lack of suitable personal protective equipments (PPE), as they have been basically designed to fit males’.

In India, more than the nine lakh ASHA workers, 1.2 million Anganwadi workers and over 200,000 auxiliary nurses and midwives battled against all the odds, including the threat to physical violence, while, acting as ‘foot soldiers’ in the pandemic surveillance work sans proper protective gears or financial incentives.

While, women’s burden on unpaid care work, according to the Action Aid, 2020, report, ‘during the COVID-19 pandemic has increased manifold’. In a survey in India, 66% respondents reported about ‘overload in domestic work’, while, 36% informed about the ‘overwhelming pressure of child and elderly care work’. Nonetheless, in the pre-pandemic world, no country did have a gender parity in unpaid care work, and women, on an average, slogged up to three-quarters, or 76.4 percent of such work, spending 3.2 times more than men, a 2019 study said.

Notwithstanding, women’s huge presence in care work, paid or unpaid, the 2021 Global Health 50/50 report, which reviewed the COVID-19 related programs and policies of the top 201 global health organisations, found them following a ‘gender-blind’ approach and that the health sector is dominated by men ‘holding almost 70% of top posts’. While, in 2019, the WHO and Women in Health, in a gender and equity analysis in 104 countries, observed that ‘the gendered occupational segregation is deep and universal’.

In juxtaposition, a study on 91 publicly traded companies across the world made the observation that ‘women’s presence in top corporate management is correlated with increased profitability’ and it is not ‘limited to financial outcomes alone, but, equally hold true for greater innovation, more creative solutions, inclusive culture and better employee engagement’. While, a social researcher attributed women lesser participation in decision-making roles to ‘lack of confidence, onus of multiple roles,  absence of agency to navigate in institutional structures, and support networks, and also gender discrimination, sexual harassment et al’.

Unfortunately, India has been one of the five worst performers, with its abysmally low sex ratio at birth (SRB), and being the only large country in the world where more girls die than boys, as against the global trend of girls having the higher SRB. (UNICEF) India also has the highest rate of excess under five female deaths, more than thirteen for every 1000 girls. Along with China, India carries the burden of about 90%–95% of missing female births, around 1.2 million out of 1.5 million. In 2019, the UNFPA said that India’s ‘SRB is more masculine than the natural level’. The analysis of Sample Registration Survey (SRB) data from 2013 to 2017 divulged that a percentage difference in life expectancy of a male child at birth and at the age of one was about 2.6%, which was 2.9% for a girl child, and the  larger gap in the survival rate of a girl child in the first year of her life is indicative of her higher mortality risk, compared to a male child. Though the UNICEF’s Child Mortality report, 2019, said that India registered a 4.5 per cent annual rate of reduction in under-five mortality between 1990-2019, yet, the consequent benefits haven’t been shared equally by male and female children.

Nevertheless, in terms of life expectancy, there is near gender parity in most countries, and more than 35 countries achieved women’s life expectancy above 80 years. However, in India, five states, Jharkhand, Bihar, Assam, Madhya Pradesh, Uttar Pradesh, couldn’t  reach the national average of 70.7 years (SRS-2014-18). While the SRS, 2019, analysed that women’s average lifespan is growing at a much slower pace (6-7 months over a period of three years) than that of men, which showed a steady rise of a year and a half during  the same period.

Despite women’s inherent biological advantages, they get nullified in many countries because of social conditioning, gender-based discrimination and health inequities.  In case of India, the ambitious Beti Bachhao Beti Padhao (BBBP) program could bring only marginal improvements in the sex ratio, while, the NFHS-5, in its initial survey in 22 states, found losses in the SRB in eight states. The scheme earned criticism for its ‘faulty implementation, insufficient monitoring and disproportionate spending on media campaigns, as against education and health interventions’. As a legal antidote, the enactment of the Pre-Conception and Pre-Natal Diagnostic Techniques (PCPNDT) Act, 1994, also failed to make a dent in deep-rooted ‘son syndrome’ prevalent in Indian psyche, while, many dubbed it ‘as an attempt to oversimplify a complex socio-cultural problem by placing the moral and legal onus on physicians alone’.

Now, health for all is a realizable goal, provided the countries pursue gender-sensitive policies and programs by taking into account the differential gendered experiences and needs. India, being one of the most populous countries in the world, owes an onerous responsibility to the global community in bridging the gender gap in crucial health indicators.

*Ms Archana Datta was a member of the Indian Indian Information Service. She was the Director General of All India Radio, news and the Director General of Doordarshan, news, the Public Service Broadcaster. Presently, she is a visiting faculty in  SP College of Communication & Management, New Delhi and a government of India accredited freelancer, specializing in gender issues. Her research-based articles have been published in many mainline English dailies. Her hobbies include creative writing and photography. She is the author of a book of poems, ‘Waiting for the Gulmohar to Bloom’, published by Blackspine & Rubric.