विशेष It is worse than it feels: Guardrails of democracy have come unmoored 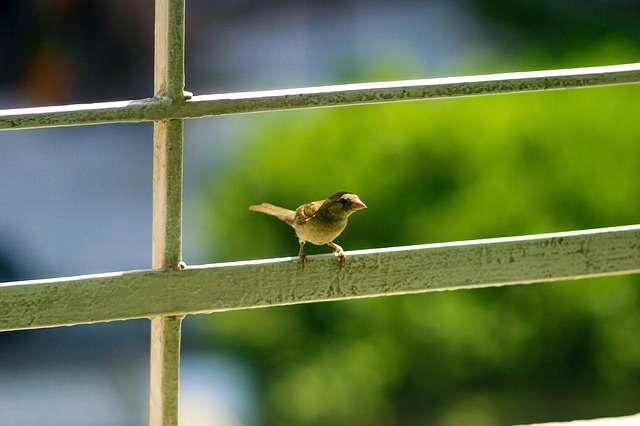 Mudrarakshasa has written a series of articles for this web-magazine wherein he has dwelt upon the ongoing tussle between the Right and the Left across the world and in India. In this article, he seems to be worried about the fact that mutual tolerance between the two is now totally absent. Moreover, dissipation of the institutional forbearance is also taking its toll on the Indian democracy. You can also have a look at his previous articles on this website elsewhere.

Polarization has made two key requirements of any functioning democratic system, extremely difficult to achieve. The two conditions, as described by Steven Levitsky and  Daniel Ziblatt in “How Democracies Die”, are mutual tolerance and institutional forbearance. They wrote, by way of explanation, “mutual toleration, or the understanding that competing parties accept one another as legitimate rivals, and forbearance, or the idea that politicians should exercise restraint in deploying their institutional prerogatives.” They called these two conditions “Guardrails of Democracies”. It may be a fruitful endeavor to check our current moment of clash between farmers and state in this framework.

In Indian situation, mutual tolerance between liberal-left and right had a stormy beginning due, in large part, to the murder of the Mahatma in the early days of our republic which tainted the entire right-wing mobilization with a persistent criminal taint and gave the journey of mutual tolerance a very difficult start. The latent majoritarian strand, was assiduously kept in check by the legacy of the freedom struggle and quality of the founding fathers despite the extreme provocation of brutal partition trauma.

This, not so concealed undercurrent, took its time and came in to its own towards the end of 20th century and later under the expert political entrepreneurship of Narendra Modi. This revival as expected, has not been good for mutual tolerance between liberal-left and right. Liberal-left combine never gave the Right the acceptability of a legitimate opposition and its opposition to the right was always tinged with hatred and treated them as a danger to the basic edifice of constitution. This disregard for mutual tolerance by the left could be possible also due to comparative weakness and accommodation of much of the right-wing aspirations within the umbrella of the Congress system.

However, once the majoritarian sentiment developed the critical mass of the resentment and support, this arrangement became untenable. This was coupled with the gathering internal contradiction of the Congress system which provided enough kernel of provocation and fuel in the form of dynasty, corruption and appeasement. The resurgent right was in no mood to accommodate the left-liberal combine and went all out to discredit them without any regard for even some of the good sensibilities which are needed for good functioning of democracy.

Right was also unencumbered by the diversity in their ranks. Whereas, any message for the rather homogeneous base of the right could be very radical and deep, for the liberal coalition, message had to be tailored for not offending many somewhat divergent segments of the coalition such as caste-based appeals, region, workers, farmers students and even the rightist elements. They have to go wide diluting their depth. Their information sources are far wider and wedded to traditional concept of traditional ‘balanced’ journalism. Similarly, the information ecosystem of the right is much more homogeneous and geared towards synchronizing the fears, resentment and violent bravado of the base. Algorithm-driven radicalizing social media platforms complete the loop. Both sides are guilty of treating the other side as not valid democratic entity but today, right is proving to be more lethal due to its structural advantages.

The problem gets compounded when this animosity does not stay with the political opponents only and all-encompassing category of ‘elites’ is targeted. This makes the right target all the institutions such as media, academia, experts even judiciary as enemies and all-out effort is made to bring these bodies into the fold through intimidation or packing them with supporters. Here too to the enough kernel of provocation and favouritism is present to tar everyone with the same brush of animosity. This may be seen as a somewhat legitimate exercise in correcting the historical injustice in the recruitments of these bodies and allocation of status to the congenial branches of knowledge.

By the same author:

Right-wing Consolidation: A Tale of Countermobilization in India

However, this has the potential of totally discrediting the institutions. Ironically, Right in their doghouse days was complaining against discrimination and politically motivated atmosphere of these institutions. Now they are not asking for end of the discrimination but want to impose discrimination of their own with an intensity of a fanatic aggressor. If JNU was unfair to right leaning intellectuals, now it is openly and more ferociously unfair to anyone without rightist credentials. Not the removal of discrimination but a corrosive reverse discrimination is order of the day. Talking about minorities and Shaheen Bagh is not even relevant as that stance is now fully normalized.

In today’s polarization-friendly climate, this anti-elite populism simultaneously turns into a tribalism which takes leave of evidentiary standards, any accepted moral norms about democracy. Gradually or very quickly, a situation has arrived where one does not need to be part of the erstwhile elite to be enemy. Only condition that is needed is to disagree with the tribe and its leader and you are valid target of hatred and violence. This happened with students in Vemula/FTII and JNU. They got attacked with violence (JNU was intimidated by the Strom-Troopers) and discredited with anti-national and catchy epithet like tukde-tukde gang.

It did not and could not stop there. Opposite camp journalists were always open target for ridicule and stoppage of access, however, now violence and use of state intimidation has become a fair game. The ambit of animosity stretched and started engulfing any opposing entity. While ‘One Rank One Pension’ (OROP) protests by former soldiers got better treatment, any other protest was dealt with a template of ridicule, discrediting and ultimately violence. Polarized partisan fault lines were used to fight the protesters and, in the process, these fault lines got deepened further. Now, farmers are getting the same treatment. Only hope is that, like soldiers, their importance will be grasped above the din partisan determination of battle-lines.

This is about the first element described by Steven Levitsky and Daniel Ziblatt i.e., mutual tolerance and how this key guardrail of democracy is coming unmoored. Now we will see how dissipation of the second element of institutional forbearance is taking its toll on the Indian democracy.

Indian Constitution, with its tilt towards a strong centre, has created a powerful and sophisticated setup of governance. Institution of governance have real powers. These powers are there but as Levitsky and Ziblatt say “the idea that politicians should exercise restraint in deploying their institutional prerogatives” is key to a functioning democracy. Opposition can cripple Parliament; Judges can make exercise of legislative and executive duties impossible and executive can deploy state power to subdue everyone else. This all can be done by unbridled exercise of the legitimate, present and available powers. Norms are equally important as the letter of the law or the constitution. If CBI or ED is to be deployed against traditionally protected segment like journalism than norms of democracy and media freedom should give a pause to the person who is making the decision; if Judiciary is upholding or quashing a well-established or blatantly raw measure it should be deliberated in the light of norms. If opposition is bent upon staling Parliament and oppose every measure, it should think of people’s will.

Unfortunately, in current scenario, state, media, judiciary or legislature all are not hesitant to unleash the maximum power. This deployment of available power especially  with the state, is becoming worrisome. In case of farmers’ agitation, it is important to remember that whether we agree or not with their stand, but it will be difficult to refute that they maintained all the parameters of a valid democratic protests till 26th January. Their track record itself should be seen as sobering thought against deployment of rather brutal aspects of state power.

Taking leave of this restraint is a reality now, given the polarized partisan polity. State and institutions are less interested in protecting the guardrails of the democracy but displaying a trigger-happy attitude in unleashing full might of the state power wherever possible.  Withdrawal from the brink on the night of 26th January at Ghazipur border may not happen in near future. Repression and ridicule have become favored state tactics. This makes cost of dissent and protest unacceptably high and that sounds doom for democracy.

Pratap Bhanu Mehta paints a frightening but totally factual picture when he writes “The scenes at the Red Fort may have been disturbing. But the real darkness on the horizon is not the protest, or the turn it might have taken. It is the turn Indian democracy is taking, almost as if it is on the road to perdition……. The flying of the Nishan Sahib flag at the Red Fort, as inappropriate as it was, was treated as an existential threat and national desecration. The second was relief that the unruly scenes now delegitimised the farmers’ movement, broke the momentum of the protests and would protect the agriculture bills. India’s problem is solved. But this attitude should not disguise the fact that we were all trying to find a respectable way of expressing our deep authoritarianism and unleashing another round of repression. The leaders of the farmers protest will be targeted with all the national security arsenal that the state has used in previous protests, from Bhima Koregaon to the Citizenship Amendment Act. This includes using the National Investigation Agency (NIA), detention, state harassment, and encouraging mobs to target legitimate protestors.” The developments have borne him out.

Therefore, the two conditions of functioning democracy i.e., mutual tolerance and institutional forbearance are under serious threat.  At this point it is pertinent, without being alarmist, to remember the title of Levitsky and Ziblatt book “”How Democracies Die”.

Image by samuel Lee from Pixabay