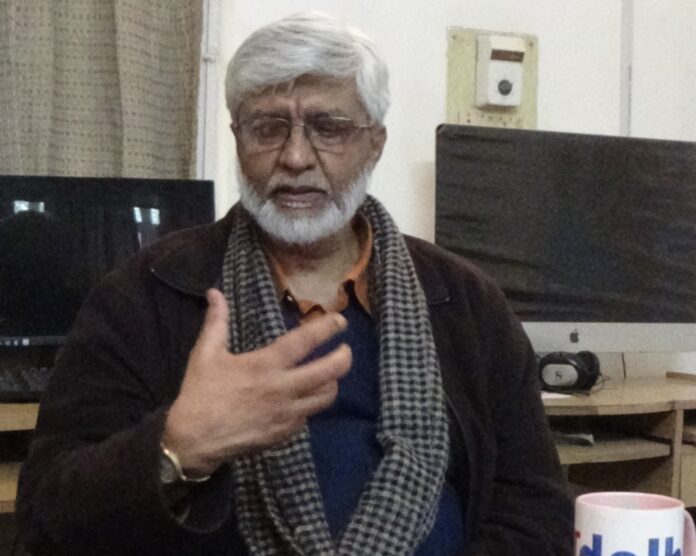 Prof Aditya Nigam works at the Centre for the Study of Developing Societies, Delhi. His recent work has been concerned with the decolonization of social and political theory. In particular, he is interested in theorizing the contemporary experience of politics, populism and democracy in the non-West – treating the non-West as the ground for ‘doing theory’, rather than a field for application or testing of standard frameworks derived from the Western experience.

He also comments on contemporary political issues on the blog, https://kafila.online/

He is the author of The Insurrection of Little Selves: The Crisis of Secular Nationalism in India (2006), Power and Contestation: India Since 1989, with Nivedita Menon (2007), After Utopia: Modernity, Socialism and the Postcolony (2010), and Desire Named Development (2011).

Prof Aditya Nigam spoke to raagdelhi.com on the contemporary politics and also some socio-cultural issues espeically in context of Hinduism vs Hindutva. He points out that we can see a clear distinction between the secular of 2020 and that of early 90s. In this interview, he also dwells upon the political and social scenario after the recent riots in Delhi.

The interview is in Hindi.