विशेष The Next Stage of Right-wing Mobilization 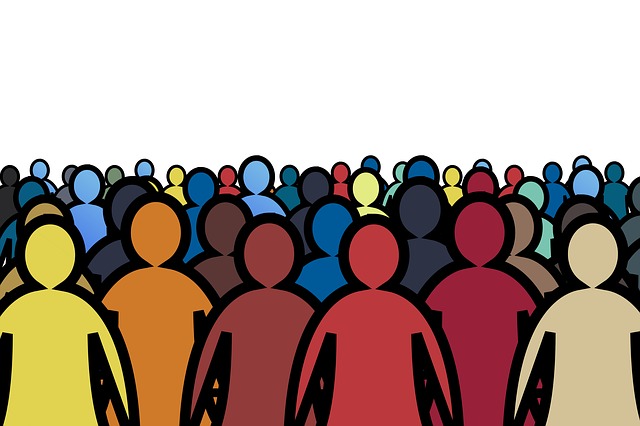 Recent focus on Aatmnirbharta inevitably graduated to techno-nationalism and very quickly degenerated into conspiracy theories of international plot against India. This gives a new excuse for a fresh round of repressive measures and rallying the base around new international enemies. This is a far cry from the days when international validation was used to prep up the current regime and hobnobbing with global tech czars was sought with an ardour of a lovelorn teenager. What changed.

Liberal values have been facing an onslaught of rightist challenge for quite some time now. For most of the post-world war period, at least at theoretical level, liberal democracy with its pluralistic and accommodative ethos and emphasis on minority protection,  has been the dominant wisdom almost globally. However, partly due to its inherent contradictions and confluence of political, social and technological forces; right-wing populism could sync its aspirations with the resentment of majority or, at least with the loudest part of it, and discredit values of liberalism as appeasement and its proponents as ‘elites’ disconnected with the zeitgeist.

The discrediting of the liberal values and its proponents and institutions is important for the success of right-wing populism. Once the liberals are branded as anti-nationals, ‘tukde-tukde’ gang and worse; their once powerful philosophy loses its potency to be an effective critique of the ugly aspects of the emerging regime. Another aspect of this discrediting exercise is  that it helps in finding enemies that are used for uniting, mobilizing and keeping energized the right-wing base.

Liberal institution, howsoever lofty, could not escape from their internal contradictions and logic of evolution. They lost their diverse and inclusive feel and various institutions, seen together, started looking like a cabal of left-liberal, upper class elites- a political class in themselves. Their pluralistic ethos which initially co-opted right wing sensitivities, started becoming ossified into open discrimination against any non-liberal strand of thought. This made them fair target as ‘enemy’. Skilled shrewd political entrepreneurs used this ‘elite’ cabal to enrage the  right-wing base by stoking the sense of resentment. This counter mobilization would have been a valid exercise if only the principles of homogeneity  and intolerance of liberal elite was attacked and more diverse and value based outcomes were sought. Irony is that right-wing  is not seeking restoration of impartiality or diversity. They are seeking to reverse discriminate and pack the institutions with their own ilk. In the process, they are finding new enemies in media, students, judiciary, bureaucrats, public sector even farmers, enabling them to harness the fault lines of society to create a hate driven hegemony. What to talk of minorities, specially Muslim minorities which are all-weather trigger for all sort of passions in the right-wing mobilization arsenal. This is a dangerous cocktail but politically beneficial for the right.

Once much of domestic public sphere is conquered, tamed or discredited then it is time to take pre-emptive measures to keep international criticism from denting  the ideological dominance of the right. To a nation ravaged by foreign invasions and colonialism, any spectre of international conspiracy will always resonate. It will not only provide a powerful bogey as hate object but will also pre-empt a powerful criticism which might challenge the right-wing dominance. Lynching, imprisoning journalists and activists,  pliant judiciary, farmers’ siege of Capital, internet blockade lasting years may have become normal for domestic public sphere but internationally, there is still residue of outrage over such occurrences and that can damage the right-wing ideological dominance in the country. In fact, apart from diversity (discussed here), external dimension is one of the more potent threats to the right-wing ascendancy.

In India, recently, this pre-emptive preparation can be seen in focus on Aatmnirbharta, renewed focus on foreign conspiracy (Khalistan, NGOs, toolkit episode etc) and latest, in techno nationalism manifested in confrontation with global big tech and push for indigenous social media platforms like Koo and Sandesh. A far cry from the days when international validation was used to prep up the current regime and hobnobbing with global tech czars was sought with an ardour of a lovelorn teenager. When false claims of Indian national anthem winning the ‘best national anthem’ and developments like international recognition of Yoga were touted as regimes defining achievements. This is a real change and has been tackled by experts in recent writings.

Context and contours of techno nationalism were predicted with remarkable accuracy by Pratap Bhanu Mehta in his very perceptive article in May 2019. He noted that the premise that technology will dissipate the salience of nation state with its transnational dynamics has shifted and national perspective  and political control over technology are being emphasized. He mentioned that China showed that political control over technology is possible and Russia demonstrated that without political control technology is prone to manipulation. Mehta said tropes of techno nationalism are emphasis on traditional culture of science and efficacy of traditional technology and knowledge (vedic maths, ancient surgery, Ayurveda etc come to mind). However, he noted,  instead of promotion of indigenous technologies and investment in R&D to make right bets in future technologies, Indian techno nationalism is more focused on creating iconic Indian companies. Jio and other companies  of Ambani, Patanjali of Baba Ramdev, Adani  enterprises can be seen as some key examples. Pushing indigenous traditional technologies or R&D investment or PSUs led thinking were traditional manifestation of techno-nationalism. Instead, now, effort is on to turn promotion of these private Indian behemoths as national endeavour. In a more recent article on control on big tech Pratap Bhanu Mehta, while accepting the need for control on big tech has pointed out the track record of the regime and expressed apprehension that alternative to the big tech is not any better.  He cited TV media as an example of highly flawed development of local institutions. Mehta didn’t dwell extensively on the aspect of foreign entities as new hate objects in these articles.

Aatmnirbharta push is genuine and to be fair, is not restricted to Ambani, Adani and Patanjali. Local knowledge, indigenous traditions and tier 2 and tier 3 Cities are also getting their place in the emerging narrative from the very top. However, it is no coincidence that this push came at a time when India is moving into limelight for its democracy deficit and its democratic exceptionalism is dissipating in the eyes of international academia and media. Vitriolic attack on foreign celebrities and repression on flimsy grounds like the toolkit will serve the purpose of right-wing mobilization by creating new bogey targets.

Even till recently, India was surprisingly absent in the international literature and coverage of right-wing populism upsurge. Brazil, Turkey and of course Donald Trump and Boris Johnson were being mentioned way before the Indian case. Post CAA and more so post farmers’ agitation this has changed. Now, with Trump’s departure focus will be on other regimes and India is emerging as obvious target.

Indications are that the current regime is planning to brazen it out in the face of growing negative international image and extract benefit of energizing the base in the process. Fear of China may give India some breathing space as far as International criticism is concerned. However, if history of right-wing mobilization in post 2014 period is seen, any moderation of stance is seen as weakness and accommodation has become a lost art (a deficiency that is pinching a little during the farmer agitation). Like Shaheen Bagh or any Muslim minority related issues; foreign conspirators, imagined or real are very useful for right-wing mobilization. They have instrumental value of creating new enemies capable of stoking historical resentment and preventive value of discrediting their criticism before it acquires critical mass.  Carefully constructed right-wing bubble needs this constant nurturing as once you start riding a tiger getting down and losing momentum is no longer an option.

Image by Gerd Altmann from Pixabay