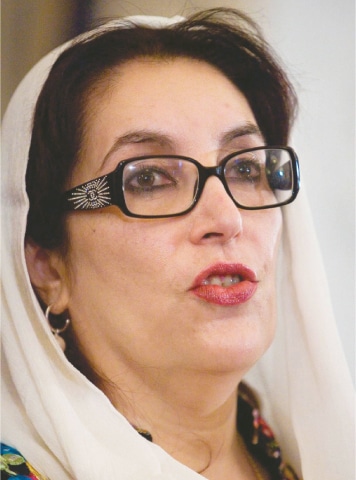 World media had assembled in Simla (now Shimla) for the coverage of the historic Simla Summit between India and Pakistan in July 1972 in the aftermath of the Bangladesh Liberation War of December 1971. In the same year, I had joined my first job as sub-editor in All India Radio, Simla.

Mark Tully of the BBC and K. K. Sood, C.V. Raman and A.K. Roy of All India Radio were amongst the senior journalists covering the summit meeting between prime minister Indira Gandhi and Pakistan president Z.A. Bhutto.

Bhutto’s entourage included the chief ministers of all the four provinces of Pakistan, but the cynosure of all eyes was his 19- year-old daughter Benazir who was a student at Harvard in the U.S.

Since all my seniors were busy in covering the all-important summit meeting and also trying to meet top leaders and officials of both sides, it fell to my lot to cover Benazir’s itinerary as a cub reporter.

Benazir spoke American English with a nasal tone and a clipped accent, and initially I had to be doubly alert to ensure that I do not miss out on anything she says. To some of us, she appeared like hippies of the day, some of whom roamed Himachal Pradesh going after monks and swamis and, of course, drugs too.

I cannot recall her full itinerary in Simla, but I distinctly remember her visit to the Indian Institute of Advance Studies, the prestigious body of high learning that every Indian scholar aspires to be associated with it at some point of his/her career. It was natural for a bright Harvard student like Benazir to visit this temple of higher learning when she was in Simla.  Of course, she visited the Himachal Emporium, too, which was almost a must stop-by for any foreign dignitary visiting Simla. A group of journalists (mostly cub reporters like me) too followed her everywhere and sought her reaction on different issues of the time.

“What do you think of the Women’s Lib movement in the US,” asked a journalist at one such interaction and all heads turned towards Benazir as if it was a rather bold question for a South Asian girl to answer.

To give a short context to the question posed to Benazir, the university campuses in the U.S. were rife with the Women’s Lib movement in the late sixties and early seventies as women sought equal rights and opportunities and greater personal freedom.  While the moment focussed on issues of equality for women, some more enthusiastic activists would stand on the roads swirling  their bras on fingers. They were branded as ‘Bra Burners’. As a Wikipedia entry informs us about a feminist protest which was organized by New York Radical Women in 1968 for putting symbolic feminine products bras, hairspray, makeup, girdles, corsets, false eyelashes, mops, and other items into a “Freedom Trash Can” on the Atlantic City boardwalk.

For a split of a second we thought that we have put Benazir on the defensive, but she was unruffled and shot back,

“I don’t believe in that; it amounts to de-sexising the women”.

I hadn’t heard the word till then but meaning was clear. I spontaneously exclaimed in Hindi, “Waah!

She looked at me for a moment and moved on.

She had scored her point well: Women must not decry their identity as women while struggling for their equal rights.

Now I didn’t know how to report this  particular observation on the women’s lib movement to AIR News Room. Since there were no seniors available to guide me in this matter and news cannot wait, so I followed the golden rule of journalism quite popular those days – “When in doubt – leave it out”  and filed a tame copy which read something like this:

“Benazir Bhutto visited the Himachal Emporium today. She was presented a Kullu cap and some handicraft items”.

After two days, as the Pakistani delegation departed, it was my duty to report the departure from the Annandale helipad situated near my residence in Kaithu area. I had in tow my 3-year-old daughter Sunita just for the outing. There were no security issues those days. Authorities, in fact, welcomed children who could present bouquets to the visiting dignitaries.

Benazir patted my daughter’s cheeks and waved a loving bye bye to her.

Benazir’s  Simla visit came to my mind once again when her father Z.A. Bhutto was hanged after a sham trial by  Zia-ul-Haq’s martial law regime. It was called a ‘judicial murder’ by independent observers.  Benazir’s mother Nusrat Bhutto was also imprisoned by the Zia regime.

In the 1990s, when I was posted at Jammu in Radio Kashmir, I read her autobiography “Daughter of the East” with interest.

The frail looking lanky girl proved a great fighter. As a very young leader, she led the  Movement for Restoration of Democracy with her mother and was imprisoned several times. In later years, she fought elections and became prime minister twice. Her second term also oversaw attempts to advance women’s rights which was not taken kindly by conservative elements in Pakistan.

It was during the “War Correspondents’ Course” (in 1990) that my group landed at Delhi railway station after an overnight journey from Jodhpur on the way to Cochin. The banner headline on newspapers on the railway platform screamed, “Benazir government dismissed “.  In 2007 she was killed in a suicide bomb blast at her Rawalpindi election rally”.

I felt so sad for her. Pakistan doesn’t seem to have had a better leader since her.

*Ajeet Singh is a Hisar based free lancer. He started his journalism career as Sub Editor in All India Radio Simla in 1971 and was there till 1975. He worked as All India Radio’s Sr. Correspondent in Srinagar during 1990s and retired as Director of News, Doordarshan Hisar.