विशेष A Requiem for the Muddled Middle 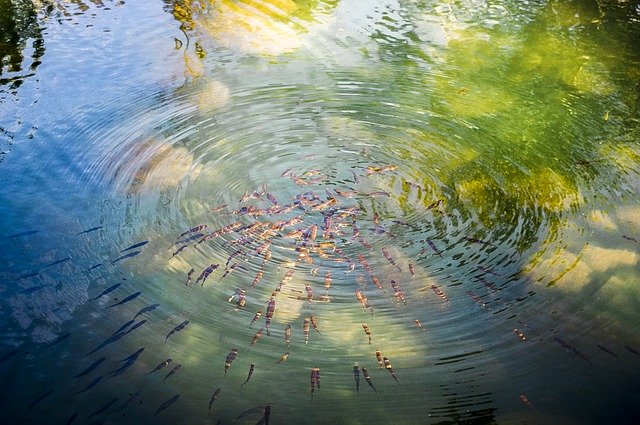 Middle ground is under threat. In fact, for a very long time ‘muddle of the middle’ is out of favour. In business management, lack of strategy is described as being ‘stuck in the middle.’ A Unique Selling Proposition (USP) as opposed to being multi-purpose is needed to thrive and attract buyers or followers. Being something to many people is out of fashion. One has to be everything to a few people in order to succeed. Every advertisement, every message has to be targeted. Finding the niche is ultimate brand nirvana. Why only brand,  finding a unique voice is a prerequisite in almost all the fields. No wonder, most easily recognisable  global trend today is polarization.

As mentioned somewhere else , extremism is not polarization if it inhabits only  the fringes and the middle ground is populated with differing trends. When the playfield gets sorted into pole  positions, polarization comes into play. Polarization is so rampant because “muddle of the middle” is no longer in vogue and ‘liberal’ is an epithet under attack. It was not so till very recently.

One of the most self-actualised person ever, Gautama the Buddha  had espoused  ‘middle path’. Bhagvad Gita, while talking of taking sides, exhorted the warrior to be ‘sthita-pragya’, (स्थितप्रज्ञ) steady wisdom of the equilibrium. Politically also, aspiration was to cover maximum number of people with a message. In a diverse country like India, Congress gained unprecedented acceptance as pan India party, geographically as well as ideologically. Democracy was about appealing to all and politics was about hurting no segment. Electoral politics was about wooing the median voter and messaging was all encompassing to net maximum  people. This period spanning last few centuries was the time of victory of cosmopolitan over tribal, of open-minded over parochial. These few centuries were a period of big ideas, big  heroes and a sense of global village. Leaders like Gandhi were talking of “beauty of compromise”. Jai Shankar Prasad a poet in slave India could take pride in his country being the refuge of all

Extremism- propensity for extremes and fundamentalism – sticking to the archaic core belief, have been bad words for most of last few centuries. It was so for a reason. Till sometime back a thriving  middle ground indicated accommodation. A desire to incorporate  plurality. Living and letting live. A pious hope was, not so unrealistic in that moment, if people are not segregated into warring camps, there will be greater cooperation and bigger canvas to take civilisation forward. Both dialectical idealism of  Hegel and dialectical materialism of Marxism talked of synthesis being the final stage after thesis and anti-thesis. Middle was treated as higher stage than the poles. Poles were something imperfect and middle was their evolution into perfection.Then came a time when someone hacked the formula of extreme voice, game of niche and finding a niche big enough to subvert the dynamics of democracy. Appeal of the core voter became sufficient to get to the power. Once that happened there was no need to go wider with your message, no all-encompassing  moderation and no need to be even factually correct. All you need was to find an enemy and create a semi familiar message of fear and hatred to keep your base energized into frenzy. Instead of a big nation or humanity, a big tribe was sufficient. “Muddle of the middle’ became an object of lampooning and compromise, accommodation became  triggers of primal hate from the warring camps.

Now when we look back to the days of robust middle ground, we may feel optimistic that the world will get its equilibrium and inherent force of compromise and accommodation will assert and days of visceral hatred and exclusion will get over. Sure thing, a larger chunk will yearn for days of peace and harmony but this time damage is structural. The recovery will not only take long  time, it will be painstakingly difficult and also forbiddingly uncertain.

Structural problems are formidable. Ability to deepen the divisive message is frighteningly refined with the technological wherewithal. Dismantling of the aura of experts and traditional arbiters of knowledge has made synthesis difficult as there is no way of knowing and validating the thesis and anti-thesis as reality in the post truth world is a construct of hateful convenience. Once the core supporters are energized and legitimized as soldiers rather than the loony fringe, they become a dominant force, a difficult tiger (as if there are easier ones) to ride. They become loud and influential enough to sabotage any possibility of dilution of the core message or moderation. And middle ground becomes a chimera, a forgotten ambition amidst the dreary heap of hatred.