Under the Lens HOW SAFE IS THE CELLPHONE RADIATION FOR HUMAN HEALTH? 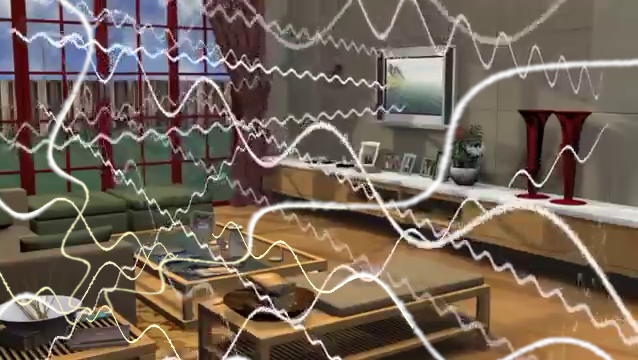 What is radiation? Is there too much unnatural radiation around us now?

The notion that cellphones are harmful to humans seems to have arisen from the often-misunderstood word radiation. Radiation in normal usage should not be associated with radioactivity or ‘ionising radiation’.

Just to refresh your middle-school memory, radiation is the transmission of energy in the form of waves, and since it has electronic as well as magnetic connotations, it is called electromagnetic radiation. Millions of such waves move around us and hit us all the time. In fact, visible light itself is a mix of many types of electromagnetic radiation. The range or spectrum of such waves includes those generated and/or used by:

The sun is the biggest source of radiation in the form of visible light as well as ultra-violet radiation. Solar ultraviolet radiation is harmful to living beings, but, luckily, the earth’s atmosphere absorbs most of this radiation coming from the sun.

At one end of the radiation spectrum, there are radiations with very high energy – this type of radiation can ionise atoms and thus result in deformities in the genetic material, tumors and cancers. Atom bombs and leakage from nuclear reactors result in huge quantities of such radiation. X-ray machines work with such rays, and therefore a long exposure or leakage in X-ray set-ups can also result in serious health issues.

Though the radiation of a lower energy level does not ionize atoms, it can be absorbed by living beings. This can locally heat and damage tissues. Microwaves are this form of radiation. They do not cause tumors or cancers but can damage tissues because the water or oil contained in cells can absorb microwave rays and get heated.

The radio frequencies are at the other end of the spectrum and are considered the safest waves.

What type of radiation do the mobile phone devices and towers emit? Is it in the harmful range?

Mobile phones emit a type of RF radiation, which transmits energy far below the level that human bodies can safely tolerate. It is fully non-ionising. So, from ionising point of view, this is completely safe.

Cellphone radiation is much safer than that from microwaves, infrared, etc, the heating point of view also, because it has a very low energy level.

In fact, the US Food and Drug Administration states that the mobile phone radiation is safe for human beings:

The matter is settled, you said?

I didn’t say that. Though  the US and European health agencies and the WHO have said that the mobile phone radiation is harmless, they have shied away from saying so in absolute terms. What they have said is that there is no scientific evidence at present to prove harm from such radiation.

As we discussed above, mobile phone usage does not hurt in the two main ways (excessive heating, ionising). Yet, there are other ways mobile phones can impact our health. Consider these:

There is a SAR (=Specific Absorption Rate) value attached to all mobile devices and tower equipment. National authorities and the WHO have defined the maximum SAR that a device or tower can have, and all manufacturers and service providers are required to follow them. However, in a survey in India in 2020, some towers were found to emit more radiation than the permissible limit. Please note that cell tower radiation goes down fast with distance, and therefore is not likely to harm people unless they stay close to antennas and at the same height.

As explained above, there is theoretically a negligible chance of radio frequencies developing tumours and cancers. The experiments on human beings so far have not proved an association between the two. An association of low-frequency radiation with childhood leukemia has also been established. However, most of the studies have remained inconclusive in establishing a causal relationship of RF radiation with neural, endocrine and cardiac human biological activities. In one study, continuous and excessive RF radiation has been found to cause tumours in mice, but it is argued that such extreme conditions are not likely in real life.

In 2013, the International Agency on Cancer in Research (IARC) classified mobile phone frequencies as ‘possibly carcinogenic to humans’, but that has been contested as not based on evidence and prone to misinterpretation.

Mobile phones do not seem to cause major health issues if we do not use them for excessively long durations and in the wrong way. Similarly, mobile towers do not seem to be causing health issues if one is not too near the antenna for a long time. As regards radiation, it cannot be said conclusively that the instruments and their radiation cause no harm to human beings.