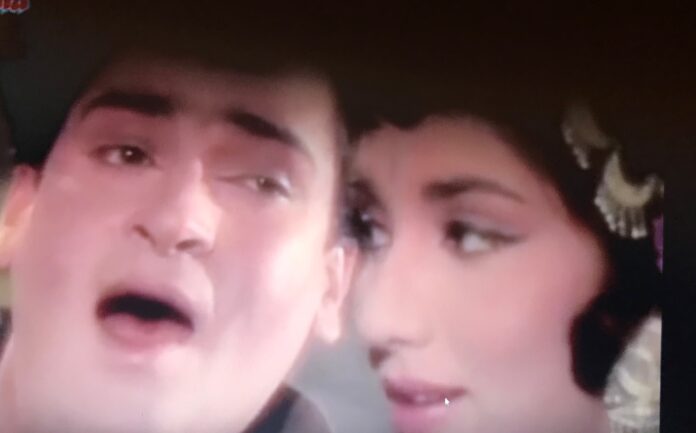 A majority of music lovers like me are learning finer nuances of ‘music’ through film songs only. This means that it is through situations in films, for which the songs are composed, that we connect to the feelings reflected in the songs that linger with us. I think it is the absence of this ‘connect’ that elicits less/little appreciation for non-film songs. I hope you will agree.
My sense is that as listeners we connect to the ‘voice’ through the ‘actor’, called ‘playback singing’, which is absent in non-film songs and therefore the disconnect. I think the visual imagery of song picturisation stays with us, for us to continually relate with the song and the singer. In many songs, the composition itself had an everlasting impact and therefore the songs continue to carry their lyrical appeal.
That is what makes ‘playback songs’ fascinating. The absence of the organic link between singer-actor in present-day playback singing is what has diluted the magic. No surprise therefore, the retro music and songs do not lose their popularity. The legend who pioneered playback singing is none other than Mohd. Rafi Saab. Such has been the magic of his creations that by just listening to his songs we can visualize on which actor it may have been picturised. Not only that, Rafi Saab adjusted his voice to the type of music on offer.
I also imagine that it was on account of the depth of his training in classical music (at the hands of maestro Bade Ghulam Ali Khan Saab among many others) that gave Rafi Saab a wide range of voice modulation to suit varying emotions and situations. Be it melancholic आपके पहलू में आकर रो दिये from ‘Mera Saya’ or mischievous ऐसे तो न देखो के हमको नशा हो जाए from ‘Teen Deviyan’ the voice was dipped in emotions to suit the composer’s subtle variations – the former being classic Madan Mohan and the latter minimalist SD Burman.
When it came to actors, Rafi Saab modulated his voice to match the actor’s mannerisms. Need it be told for whom this song would have been sung – दिन ढल जाये हाय रात ना जाय, तू तो न आए तेरी याद सताय or तारीफ़ करूँ क्या उसकी जिसने तुम्हें बनाया from ‘Kashmir Ki Kali.’ This novelty and creativity is what has sustained Rafi Saab’s voice. I leave you with another of his romantic number from film ‘Rajkumar’.

Nothing less than the genius of Rafi Saab would have made it possible to identify song with the actor and vice verse, opines Sudhirendar Sharma.