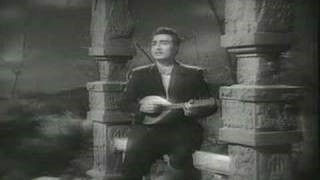 Many seasons ago, actor-director Sanjay Khan was interviewed on Doordarshan following the launch of his ambitious venture ‘Abdullah’ in 1980. On being asked why our films are loaded with songs, his response was that songs (folk) are part of our daily existence – from birth to death. Each social ritual has a song(s) to go along, and films have only held our cultural traditions afloat.

This seems closer to reality, and the dominant reason for acceptance of songs as an essential ingredient in films. Non-film songs are not as popular. We rarely hear viewers’ uncomfortable with song sequence in the films. In fact, till the other day popular songs were the indicator of films’ popularity and success. More than the script writers, names of music directors were flashed prominently on film publicity posters. I recall seeing name of maestro Naushad on posters staking a claim to film’s success. And, it often was the case.

The question that has dragged me for long is: why are some songs more popular than the films? We crave for listening to the songs, but often avoid watching the film under reference. Exceptions apart, why is it that a song has a longer life than a film? I have now come closer to finding an answer. Here it goes!

To my mind, songs bring music, style and location in lyrical expressions, highly appealing and alluring, and which often go beyond the script. Songs convey feelings that are better expressed  through music. Hero and heroine need songs to convey cravings, which we need in our real lives. Songs made cinema the way it is, and we valued the poetry to address several of our concerns, both personal and social. The songs that we like are poetic+musical reflections of our inner self. I think this explanation should suffice for now.

Let me give you an example, a bit off tangent. Have you heard this song from 1970 film ‘Mera Naam Joker’ अंग लग जा बालमा, मैं अकेली पिआ ऐसे में तू न जा. Without doubt, it is seductive song, in contents as well presentation, ahead of its times. What the heroine could not say in prose has been artistically conveyed in poetry – escaping Censor’s scissor. There are any number of such songs from those times. That’s how songs of the kind legitimized in our films.

Back to why songs linger in our minds? There isn’t single reason for us to like a song. It could be music, lyrics, arrangement, flow, meaning and expression, or a combination of many of these aspects. And, I am sure each of you have your own reason and list of favourites. That is what makes the experience colourful, and worth it.

One song that continues to stay with me, and remains as fresh as when it was composed in 1949, is a Naushad composition of Shakeel Badayuni lyrics by Rafi Saab from film ‘Dulari’ – सुहानी रात ढल चुकी. In a version of raag Pahari that is soft in its rendering of emotions, it connects without being touchy. This is one song that justifies why ‘old is gold’.  https://m.youtube.com/watch?v=7LjF6yjrgYU

Without the world of melodies, life would have been dull and dry. Songs are the lifeline of our existence, asserts Sudhirendar Sharma