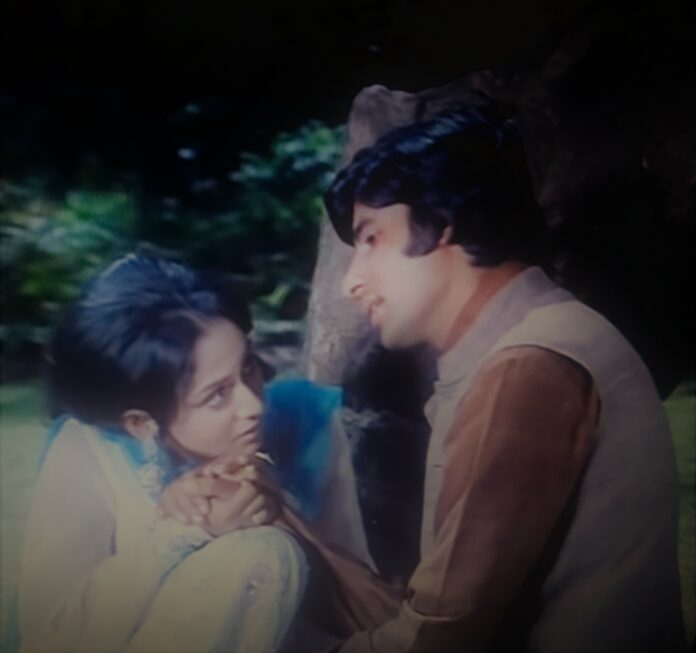 Those who think that analyzing popular songs is anything but a frivolous pastime may need to think again.

School and College syllabi have chapters devoted to films, and songs. I recently found a full chapter on Shailendra’s film ‘Teesri Kasam’ based on short story by noted writer Phanishwar Nath ‘Renu’ in a NCERT high school text, and also came to know that a college course in Delhi University features three classic fiilms.

While films do feature in school and college studies, songs do not get the pride of the place. Although it may be a bit difficult to separate songs from the film script, as it quite often gives it the context, yet songs can be independently understood for their depth and reflections.

I recall a school teacher of a public school in Delhi teaching on ‘feudal system’ by showing kids of class 6/7 the iconic film ‘Mother India’. It stayed in kids memory for long, with all that the teacher wanted to convey. Shakeel Badayuni’s दुनिया में हम आये हैं तो जीना ही पड़ेगा, जीवन है अगर ज़हर तो पीना ही पड़ेगा continued to haunt with its all time relevant words, perhaps more meaningful now than ever before.

Come to think of it, songs are a subject in themselves. These can condense feelings into ‘verses’ and convey it with ease; lyrics can use metaphors to expand word meanings; and, songs can emote observations to let the ordinary seem special. And, on top the cinematic presentation of songs adds visual treatment to the subject/topic.

Choice of words, their lyrical arrangement, it’s musical composition, and ultimate screen adaptation is a culmination of multiple skills and expertise into a long-lasting product, and hence must be valued and appreciated.

In fact, each song can be interpreted for layers of meanings trapped into it. It can be an enriching experience for anyone interested in developing a better understanding of life, and relationships.

There are any number of examples that can be cited. Listen to songs, and you will get to draw more. Some can pull you up, some can make you reflect, and some can plunge you into different depths. Songs are a unique pack that fits into ‘listen one and get many things free’.

I recall Mir Taqi Mir’s famous verse पत्ता पत्ता बूटा बूटा हाल हमारा जाने है which was rewritten by Majrooh Sultanpuri for ‘Ek Nazar’. It may not have gained as much popularity but this verse has stayed with me कोई किसी को चाहे तो क्यों गुनाह समझते हैं लोग; कोई किसी की खातिर, तरसे अगर तो हंसते हैं लोग; बेगाना आलम है सारा, यहाँ तो कोई हमारा दर्द नही पहचने है. I often thought this song (for its picturisation on diverse flora) should have been apt for students of botany, but it goes beyond just leaves and plants. Had my teacher taught botany through such a song, I would have ended up studying botany only.