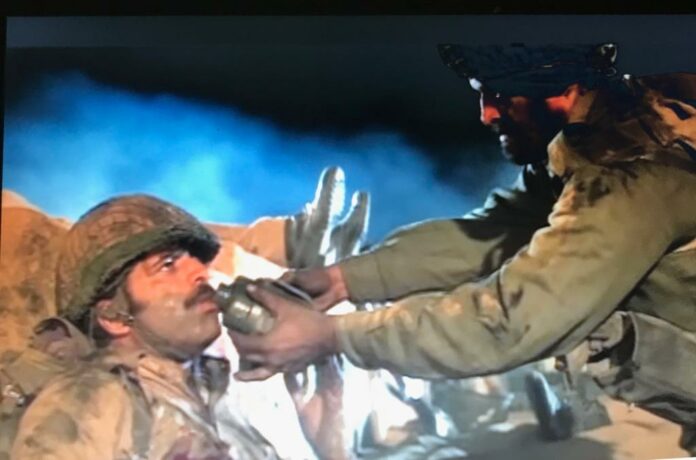 A young reader/listener has asked me if I could help him get a better sense of a patriotic song by placing it in perspective among songs of such genre. Written by Manoj Muntashir, sung by B Praak on the music composition of Arko, the patriotic number is from the recent movie ‘Kesari’. youtu.be/wF_B_aagLfI

Let it be clear at the outset that our preferences and tastes are subjective, and may or may not be held in equal esteem by others. Yet, each of such perceptions do have a place under the sun even if not many appreciate them. Diversity of opinions is a must for thoughts to prosper, and trigger new insights.

In little over 70 years of our independence, there came some 5 cross-border infringements (read wars) that evoked patriotic fervor, each of it enshrined in distinct songs sung on patriotic lyrics by some of the most accomplished poets of our times. Even the non-film song by Lata Mangeshkar on Pradeep’s poetic genius ऐ मेरे वतन के लोगों ज़रा आँख में भर लो पानी continues to melt our hearts and moist our eyes. It is the sheer power of words that stirs emotions, without any sloganeering.

Who can forget Kaifi Azmi’s heart rending lyrics कर चले हम फ़िदा जान-ओ-तन साथियों from 1964 movie ‘Haquequat’. Based on Sino-India war of 1962, even in defeat the lyrics reflect pride in laying down one’s life for the country. Rafi Saab’s soulful rendition continues to move us till this day – ज़िंदा रहने के मौसम बहुत हैं मगर जान देने की रुत रोज़ आती नहीं. To my mind, it is the sheer power of words that are arranged to convey a much wider meaning of sacrifice.

In these times of chest-thumping nationalism, the purity of patriotic feelings stands vitiated. There is a political purpose of being nationalist, engineered through aggressive sloganeering. There is a thin line that separates patriotism and nationalism. Get a sense of what I am trying to convey through the words Of lyricist Prem Dhawan rendered by legendary Manna De for film ‘Kabuliwalah’ – तेरे दामन से जो आए उन हवाओं को सलाम, चूम लूँ मैं उस ज़ुबाँ को जिसपे आए तेरा नाम. Such words evoke different feelings and emotions, uplifts the individual to think through the heart.

Noticeable in the songs/poetry referred here are the reflective aspects, helping listener to go deeper in making a profound sense. Linear arrangement of words, howsoever well meaning, carry only temporal value. तेरी मिट्टी में मिल जावां गुल बनके मैं खिल जावां is appealing but is unlikely to stir anything beyond. The song carries wishlist of such sacrifices for the motherland, suited to the cinematic occasion on the screen. That’s how far the lyrics and song can last.

At these troubled times when war hysteria is being propagated, we have to evoke patriotism that proclaims ‘peace’ and dispels the notion that only ‘war’ can promote nationalism of a ‘kind’. I think we have outlived the times when sacrifice of life was euphemism for nationalism. That is why songs like देखो वीर जवानों अपने, खून पे ये इल्जाम न आए (Anand Bakshi-LaxmiPyare-Kishore Kumar from ‘Aakraman’). I think in 21st Century we have to rethink ‘nationalism’.  Let me leave you with Javed Akhtar’s thoughtful words rendered by Hariharan from film ‘Border’.