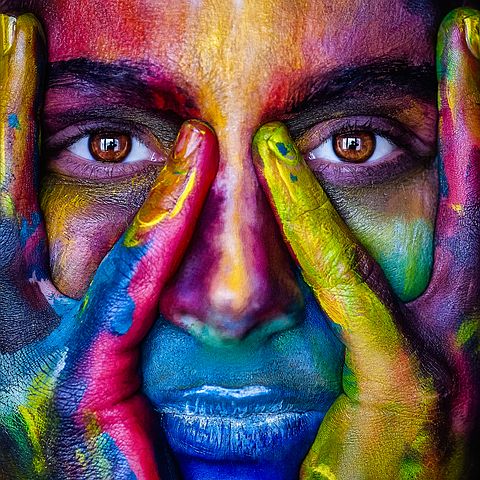 ‘Blessing in Disguise’ is a common phrase, reflecting the positive aspect of ‘disguise’ as a fascinating and often entertaining subject of human mischief. As children, each of us have had some or the other instance of ‘disguise’ to narrate. If nothing, it enlivens that moment as a piece of treasured memory. I would imagine that it helped keep the childlike instinct alive in most of us.

Here I would restrict ‘disguise’ for its amusing or entertaining dimension, although with a sense of purpose.

Kamal Hassan’s Chachi 420  is a notable film on ‘disguise’ – a 1997 film inspired by Hollywood’s ‘Mrs Doubtfire’ (1993) that had its own narrative strength to attain popularity. Govinda’s Aunty No.1 (1998) turned out to be a pedestrian parody of the former which one is forced to live with.

If we look back, there would be many films which use ‘disguise’ as their main stay but two films which immediately come to mind are 1988 Rekha-Kabir Bedi-Shatrughan starrer Khoon Bhari Maang and 1976 Amitabh-Rekha starrer Do Anjaane. Despite made on unrealistic plots, both these films were great hits and significantly, Rekha was common to both the films.

Having gone thus far in putting ‘disguise’ in context, let me now try to deal with its musical aspect. Before doing that, I would say that two of the finest comic characters of Hindi cinema – Kishore Kumar and Mahmood – have had a major share in presenting the comic side of ‘disguise’ in films.

In the all-time classic Padosan (1968), Kishore Kumar disguised himself as a singer for male protagonist Sunil Dutt in helping him win his love interest through कहना है, कहना है आज तुमसे ये पहली बार – an RD Burman composition that has remained popular ever since along with इक चतुर नार करके सिंगार from the same film. If my memory doesn’t fail me, Kishore Kumar did some comic disguise in a non-descript 1960 film ‘Bewakoof’ too?

Both as an actor and a singer Kishore Kumar disguised himself as an old man to woo his lady love in Pyar Kiye Ja – a comedy film made in 1966 that has this song that reveals the disguise in Laxmikant Pyarelal’s composition दिन जवानी के चार यार प्यार किए जा. It is a situational song in a light hearted comedy film that has Mahmood too to enhance the script. It may be worth a watch if one hasn’t seen this film.

Film scripts used a method of disguise to entertain and take the story forward. One such is Arzoo (1968) that has a memorable Rafi Saab’s song on Shankar-Jaikishan composition छलके तेरी आँखों से शराब और ज़ियादा. I guess it is a raag-based composition as it has endured itself all these years. If you watch this ghazal on screen you will need to notice how the lover-in-disguise completes the song standing at one position only. Isn’t it fascinating?

Let me end this musical note (in disguise) with a Raag Bhairavi composition by Shankar Jaikishan अजहु ना आए बालमा सावन बीता जाये. If you listen to it, you will never get to imagine how it has been presented on screen. However, by watching it you will see the comic touch by Mahmood on screen in Saanjh aur Savera (1964). Enjoy this note on ‘disguise’ with this classic song by Rafi Sa’ab and Suman Kalyanpur.