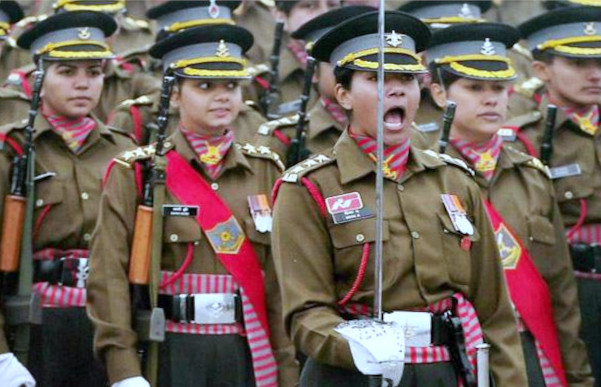 In March, this year, a young woman traffic cop was seen performing her duty on the roads of Chandigarh holding her newborn baby in her arms. After this video went viral on social media, she is now facing a departmental enquiry for reporting late on duty and carrying her newborn child in her arms. She is being asked why she could not have taken leave instead.

Cut to the latest example of judicial activism of the Supreme Court wherein women have been  allowed to take the upcoming National Defence Academy (NDA) Examination citing gender discrimination and that restriction of eligibility to unmarried males is a violation of 14, 15, 16 and 19 of the Indian Constitution. The Indian Army has been duly reprimanded by the judiciary, and it has been asked to make space for women in the Army and change its attitude.

From the perspective of policy analysis, every public policy has to have some clearly identified problem areas.  ‘Because it sounds good’ should not be the basis of policy formulation. The pleas of violation of the Right to Equality and the Right to Profession etc., are simply not sufficient policymaking ground. This introduces the ideas of gender equality and gender neutrality (as against the need for gender equity) into the policymaking regime in the most unrealistic way.

Two recent policy moves of the Central government serve to illustrate the concept of gender equity. The Ujjawala scheme says that the applicant must be a woman above the age of 18, have a BPL card and must be a rural resident. The second scheme was the move for toilet construction under the Swachh Bharat Abhiyan for which the declared target beneficiary is rural women. Men are expected to develop sensitivity towards this huge lacuna in our private and public works as well as social appreciation of basic needs of women. They are expected to take lead and bear responsibility. Both schemes, with the implementation problems notwithstanding, are empowering and playing a major role in dignifying women.

On the contrary, the idea of completely opening the Indian Army to women may sound politically correct, may garner some nice picture opportunities on Republic Day and Independence Day celebrations as well as earn the government some liberal brownie points. The test of any proposed policy for the Indian Army remains the validity of the core problem the government seeks to identify and for which it wants to legislate. The overall mission of the Armed forces is simply to defend the nation, be it the Army, Navy or Air- force. Gender equality cannot be a core concern of the armed forces. For instance, the Vision of the Artillery is To galvanize gunners towards synergized employment of all artillery resources across the full spectrum of conflicts in a combined arms battlefield environment. If this speed and energy is to be maintained by men, that should be the core concern.

The Indian Army will rightfully demand gender neutrality from any future woman officer or combat solider. Can women exist in a gender-neutral environment? Even if the same standards of physical strength and fitness are applied to women, can women become men? Woman-officers and combat soldiers will rightfully demand Maternity benefits. As per legislation, this includes 26 weeks paid leave, as well as the provision of daycare facilities or crèches for the care of infants in the workplace. This policy, incidentally, has not yet seen the light of day and even only women’s institutions do not provide crèche facilities for their employees. Despite being among the highest in the world, the slightly over six months of paid maternity leave is inadequate. Most women either drop out of service thereafter or choose unpaid leave. Gender neutrality is unworkable as a policy framework for women in any professional sphere – the Indian Armed forces are included. Actually, to force women to work in gender-neutral environments is extremely unfair.

Many issues are relating to the Indian Armed forces are waiting to be resolved where the judiciary can play a positive role. The Supreme Court can and should be active for establishing a dignified Disability Pension Scheme for Army Personnel, which is painfully inadequate and compares badly with similar benefits granted to civil servants. This must be in the knowledge of the Supreme Court that many disabled veterans have to engage in lengthy court battles for getting due benefits.  Many times, families of men KIA (killed in action) do not receive timely compensation and due benefits. Needless to say that such cases should be expedited by the judiciary.

In war or in war-like situations, the Army has proved its mettle on innumerable occasions. Even in peacetime, the Indian Army is the backbone of the nation, providing exemplary national service in natural calamities as well as the recent COVID-19 pandemic. Any excessive imposition on them by the judiciary may be detrimental to their efficiency and may pose unprecedented challenges in performing their operational duties.

The Indian Army is one of the few institutions in the country in which the common citizen still reposes faith. With graded maturity, it has opened up commission for women in various areas. It has welcomed women and equipped them to don the uniform with pride in certain identified areas where the women could be accommodated with dignity. The Military Nursing Service is reserved exclusively for women. In the opening up of the armed forces for women, ‘the forces know best’ should be the ideal maxim to follow. It would perhaps have been better to gently nudge the army (along with the Defence Ministry who has to release the funds) in this direction by asking them to create necessary infrastructure and facilities in a time-bound manner and then come out with a plan to induct women in the areas which were hitherto closed to them.

Constable Priyanka in Chandigarh, a new, lactating mother, conducting her duties while holding an infant in her arms is certainly not an image of pride in a country that claims to revere fertility. Neither are any other images of pregnant women personnel serving tough calls a matter of pride or even a benchmark.  That Priyanka was in service is proof of the fact that society, family and husband were supportive and helpful. She would also definitely need a working space that honours gender equity more than gender neutrality.

Even though a woman may run, jump, swing and compete with any man or overtake them in physical strength, she is also unique in her capacity to give birth and nurture and therefore, women will always remain special with their exclusive needs. They also have soft skills that are unique and can be used in national security in myriad ways.  The policy-making requirements for women will also be unique and special. We need to weigh every policy ostensibly for gender empowerment through the lens of gender equity.