विशेष Can Democracy Survive Allure of the Core Voter? 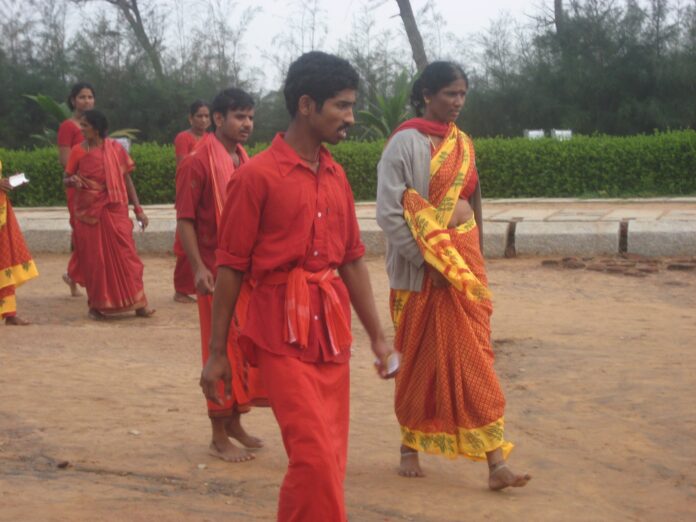 For past some years in politics, there is less emphasis on ‘swing voters’ and an overt effort to keep the hardcore base sufficiently motivated to stay active in political sphere. This has resulted in dilution of moderation in politics and eventually in governance.

In many democracies, general polarization – division of the populace in somewhat neat ideological, and in many cases, religious, geographical and socio-economic camps has altered the political and governance space.  Shrinking of middle ground, and sharp reduction in fence sitting persuadable voters has changed the nature of election campaigns and incentives to follow moderation in almost any public activity but it’s especially true for electoral campaigns. This change has been widely studied in political science and has been staple of well-regarded coverage in major newspapers in western countries. Many such arguments have their application in Indian context. Analyzing the commonalities and divergences with the research may lead to new insights about the current political moment in India.

In many countries like US where sorting of the country into ideological camps has been under way for last few decades, parties have decided to invest their campaign money less on persuadable voters. They found that just keeping their base of supporters energized is sufficient to achieve and retain power. Neutral voter has very little electoral power as her number has dwindled and it takes disproportionate effort to woo her. More importantly, appealing to the median voters may dilute the message for the hardcore base. This has led to less emphasis on ‘swing voters’ and a renewed focus on keeping the hardcore base sufficiently motivated to come out and vote or stay active in political sphere. This has far reaching implications for practice of moderation in politics and eventually in governance.

Conventionally, reaching the voter in the middle used to be the goal of the electoral campaigns of the parties. It was thought that the message should be all inclusive to appeal to a wide spectrum to get maximum from the money invested. This also avoided offense to potential voters who were not part of the core base. This thinking acted as a moderating influence as extreme positions were avoided and campaigns were focused more on neutral issues. If we look at it in Indian scenario, all-encompassing issues like Vikas, Gareebi Hatao, Shining India were order of the day.  However, with deeper sorting of the population in anti or pro something may lead to a situation where these niceties are dispensed with and messages shift to more polarizing and danger driven themes to keep the core base activated and electorally engaged.

Research as well as experience says that negative feelings of hate and fear mobilize and unite a team or a tribe than the affirmative messages. Finding a common enemy, a danger or prospect of defeat is sure shot way of energizing the base. To achieve that, messages and signals become a vehicle of aggravating fears and stoking hatred. Offending someone brings better electoral results than respecting the diversity or showing compassion. Practicing a ‘permanent campaign mode’ of politics brings forth intense disregard for other segments which eventually results in more exclusionary policymaking by the state. Government is always alive to the high decibel monitoring by the core base which is very quick to point out any deviation from the extreme form of the party appeal/agenda.

America is a unique case as with two party system it should have had a bigger middle ground to play with. If a country, where sorting means garnering about 50 per cent of voters can succumb to this new dynamics of ‘base strategy’, then in a multiparty India where winner is decided around 30 per cent of the voter polled, this strategy  is bound to creep in once the political class get shrewd (or you can call them talented) politicians to understand and exploit the fault lines of the society.

This is not new; coalition building has marked Indian political system for several decades now. Caste and religion-based strategies (remember AJGAR, Mandal based coalitions, Anti Bhura Baal in Bihar, use of Muslims and Ahirs by Samajwadi and Dalit coalitions) have been in vogue for a long time. A strategic calculation of number of caste voters has been at work here and this has led to fairly pronounced polarization in states specially in the South but in somewhat violent form in the North also. This is a clear manifestation of the ‘base strategy’ of focusing on the base of hardcore supporters.

Still, it had two mitigating factors. One, it prevented rise of polarization based on larger identities (in numerical and geographical terms) like religion and nationalism. This was one effective barrier against rise of majoritarianism. Second, playfield was so diverse that too pin-pointed message was not possible. For example, despite having a Dalit base in UP, political leaders went for ‘rainbow coalition’.  There were never enough number in too narrow a coalition and bigger coalition by definition required a more diffused strategy, helping to preserve a modicum of moderation. This, for the time being, has been convincingly upturned.

In last two national elections, caste considerations suffered a major jolt, especially in the North. A talented crop of politicians has managed to activate the pan India (at least north India) identities of religion and nationalism. The development can be traced to deployment of ‘Miya Musharraf’ in Gujarat but national level amplification has been very instructive. Initially, Vikas platform was needed to augment the identity appeal. In the years that followed polarization deepened and the veneer of neutral themes was not needed in the next elections. Emotive issues like surgical strikes were used more pronouncedly in the election in 2019. The electoral campaigns for coming assembly elections or for general elections in 2024, may see issues like Art. 370, Shaheen Bagh, Ram Mandir, NPR etc with even sharper focus on identitarian politics. Nationalism in India is never been innocent of religious overtones. China and Nepal are less effective than Pakistan in raising temperature for Indian electorates. Once political parties see their base sufficient for gaining and retaining power, need for moderate, all encompassing messages like Vikas or poverty get diluted.

The other, so called liberal, side is not untouched by this phenomenon. Rajiv Gandhi’s campaign in the election after Indira assassination was clearly based on stoking worst fears. However, it is difficult for liberal coalition to go for a more pin-pointed hate message because of the diversity in their ranks and base. This diversity doesn’t allow them to be too one sided in their messages. Current field is more fertile for parties with more focused message due to less ideational and issue diversity in the ranks.

As for future, it is very difficult to predict but as of now, the most plausible emergent scenario is that the polarized polity, aided by a polarized media space including the social media is here to stay. It is possible that some smart politician is able to leverage caste considerations or local civic issues (Delhi) to buck the trend. Much would depend on the electoral fortunes of the of these differing models. Caste did get discredited at national level (jury is out for the desirability of this) due to electoral reversals. The same may happen to the prevailing ‘base strategy’ if some spectacular electoral setback takes place. For now, however, the strategy of catering to the hardcore base and excluding others especially minorities is on ascendance.  In all probability, assimilative, inclusive and moderating facets of our electoral democracy will continue to face difficult times in foreseeable future.