विशेष Regenerative social work may be the answer for political parties : Learn... 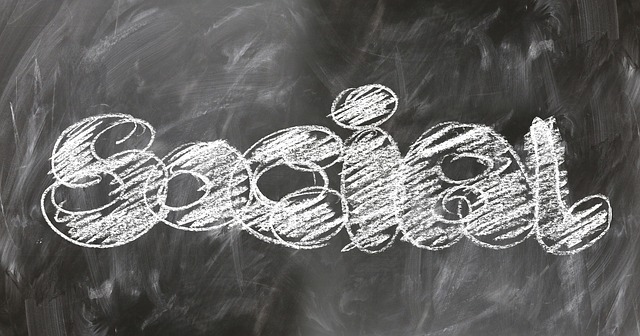 This piece gets its initial spark from an article by Vidya Bhushan Arora published here in early April this year and later in the same month, a video lecture by Pratap Bhanu Mehta for Johns Hopkins School of Advanced International Studies. Both dwelt upon the importance of constructive social work to deal with the onslaught of many ills in today’s politics. A little more reflection revealed that their remedy of regenerative social work as opposed to the notion of ‘social’ signified by caste and religion has more far-reaching benefits for democracy and its institutions.  This article just takes forward the debate.

Political parties are normally conceived primarily as electoral machines, and much of their importance is derived from their efficacy in winning electoral battles. For this, they perform key functions like interest aggregation, interest articulation, mobilization, representation and providing identity to those who decide to engage with it as supporter, volunteer, or as member. These tasks make political parties essential for democracy. In fact, the number of parties in the political arena gives democracy its name such  as ‘single party’, ‘multi-party’ or ‘two-party’. India maintained a rich tradition of political associations during the colonial period, which flowered into political parties when electoral democracy was eventually introduced. Organizations like Congress, Servants of India, Muslim League, Jan Sangh, groups created on the basis of castes as well as opposition of castes, temple entry, many social issues were present and were pulled into electoral politics due to gradual introduction of self-government through reforms like Morley-Minto, Montesquieu-Chelmsford, India Act etc. Congress and Muslim League, specially, attained political status with large mass base and impacted the political destiny of India and Pakistan for a long time to come. They also laid down the pathway and rules of political party formation in the region.

Cement of regenerative social work in Congress and Jan Sangh

Congress and to a certain extent Jan Sangh were not simply political parties, i.e. just election machines. Congress, at least, during the freedom struggle after arrival of Gandhi in 1915, became a way of life, deeply woven into the fabric of society and managed to take the energy of mass mobilization in many areas of social nature, such as Charkha, social service, work in Harijan basti, temple entry, swadeshi and many such things. It not only imbued the political aspects of the national psyche, but also the popular culture. Congress laid down the contours of the arena of public life. This social aspect of the political party proved a lasting foundation for success in electoral politics. Such parties were able to maintain a better resonance with the voters when they contested elections. Jan Sangh, with the backing of RSS, had the advantage of a rich social depth. These social moorings were augmented by ideological umbrellas of nationalism and ethno-nationalism in Congress and Jan Sangh. Both the parties did not rely on existing social configurations. Both focussed on the regenerative aspect of identity formation. Congress created a national Indian identity and Jansangh/BJP/RSS carved  a political, somewhat monolithic hindutva identity out of magnificently diverse and philosophically multi-hued Hindu religion. This regenerative social dimension is the real cement of the enduring political parties, and parties that simply rely on caste arithmetic can’t hope to survive in the long run.

Social strength (other than the caste based or any other ethnic appeal based appeal) is important for a durable success of political parties. Those parties that have some social strength tend to do much better and have proven to be durable. Social capital of Congress that it started developing from the days of Lal-Bal-Pal, specially under Bal Gangadhar Tilak and more so in later years, under Gandhi gave it an unprecedented political heft. This Social Capital came in handy and Congress through its various arms such as Seva Dal, Harijan Sevak Sangh etc kept the semblance of social flavour alive at least till early 60s. However, gradually, this social orientation got replaced by managerial approach where, social agenda was pushed in a bureaucratic way through purely government channels.  This delinking of political content from the social agenda of Congress gradually deprived it of the cement of endurance, and this proved to be one of the key reason of it losing the plot when it faced challenges from the resurgent ethnic politics and ‘million mutinies’ of expectations.

Social power of the Left

Another example of ‘political’ getting stronger through social power is that of left parties. Indian left developed a social relevance both due to its moment of international prominence but, more so, because of its social power that it accrued through the trade union movement. As labour unions grew powerful and developed countervailing power against Indian capital and state (which was always a big employer and arbiter of place of the capital in the Indian system through discretionary powers in regulation, taxation, contracts etc). This power gave the left a standing chance as a political entity in the Indian landscape. This power base needs to be differentiated from the base that the left tried to create by converting West Bengal and, to a certain extent, Kerala into a party state by turning everything from Durga Puja to academia to be an extension of the party. This social engineering is detrimental to democracy and has proved not so successful in providing durability to the party, as can be seen from the unravelling of the left movement in the wake of dissipation of trade unions.

BJP is also working furiously to create a party society by subordinating ‘social’ to ‘political’ in many aspects. Politicization of areas like judiciary, academia, professional groups on polarized lines to serve ethnocratic conception of state is not the same proven panacea like the social work done by various affiliates of the RSS. However, scale and force of ethnic/communal appeal might turn this area, where the Left failed, into something more permanently deleterious in the hands of BJP.  The added advantage is that their social service base remains intact in RSS.

Social work is not caste work

This social foundation also needs to be differentiated from the basis that ascriptive identities like caste, religion or ethnicity provide. Mandal based parties or BSP developed a considerable influence but, at least presently, they are not proving to be any challenge to the right-wing populism and their electoral performance is slipping relentlessly along with their social capability of resisting rivals. Difficulty faced by their candidates in filing  their nominations for the local bodies elections recently is a case in point. This power runs its course very quickly as the caste group develops internal differentiations as some segments of OBCs and SCs grow faster than the others and this fragmentation leaves some sub-groups open for new forms of mobilization. BJP could exploit this opening among OBCs and Maha-dalits. Despite its momentary decline, caste story is not over and with some real social work in the direction of generating a vibrant identity as Congress could do during Freedom Movement and RSS could show in its long years as a social organization, these parties may bounce back. In fact, they are holding up pretty well in South India. This may be due to unique factors like absence of middle castes, combined power of regional and caste-based victimhood and deeper intellectual foundations of political movements like Dravidian backlash.

Intensity of the  regenerative social work may also have changed due to the changed nature of corruption in India. Pratap Bhanu Mehta had dealt at length with this aspect in his video.  Old corruption, say pre liberalization and, to some extent, a decade into liberalization, was fragmented and diffused among stakeholders. This pyramidical corruption structure meant keeping the social base of the party quite broad and patronage diffusion from the lowest village official to higher up kept the need to keep social groups satisfied, and they had some say in the distribution of political patronage. With the arrival of large contracts in the wake of liberalization the corruption gained a highly consolidated shape and need to placate smaller groups subsided, resulting in a political party environment where the status of social work got relegated to a background. For a very long time now, political party calculus has been revolving around arithmetic of caste and a bit of capability to raise some money in the corruption economy which engulfs the political finance in particular and economy in general. Parties like Congress and to some extent Dravidian parties, BSP, SP etc forgot the role of genuine social work in the space of generative identity formation. This forgetting the lessons of their own historic success has proved costly for them. They need to focus on regenerative and genuine social work, if they do not want to be rendered totally irrelevant. BJP, however, has the advantage of a well oiled organization like RSS keeping its social quotient at a reasonably functional level despite its very overt attempt to create a political society.

This social power needs to be diffused to quell the forces of majoritarianism. When formations like Congress, left and caste parties lose their social strength and get disconnected from the regenerative social work, they get weak and this weakness deprives other essential democratic institutions also of the protection of social power. Many of the institutions like media, judiciary, academia and cultural bodies are surrendering in an abject manner due to dominance of one ideology with seemingly unassailable social power behind it. If these political parties don’t offer their social protection to these institutions, they will not be in position to withstand the onslaught of right-wing populism. Health of social and governance institutions is critically dependent on a well-distributed social power, which is getting severely concentrated due to failure of other political parties in the social sphere. For example, the media would have behaved differently if it was assured of some countervailing forces coming to its rescue.

Rededication to the basic tenets of liberal democracy is the way

Finally, there is ideological honesty. Parties like Congress are losing out due to sending conflicting signals to their base. Congress’s initial left of the centre stance, umbrella centre with absolute devotion of the leadership to secularism was its strength. Later this middle path lost its way as it tried to play with the hardliners of both sides (Shah Bano – Ram Janambhoomi). It still tries to play poor copy of BJP for placating Hindutva base. This has alienated it from all, whether the hardliners or the liberals. When someone like Mamata Bannerjee took an unambiguous stand against majoritarianism (even showing the latent majoritarian jingoism of slogans like ‘Jai Shri Ram’), she succeeded.  Caste-based parties also lost the script of democratic uplifting of their base and turned into a family enterprise giving patronage to an already bloated small section of their caste group.  This confusion did not stand a chance in the face of the right-wing juggernaut. People were tired of insipid arithmetic of caste-based interest politics which was making just a segment of this exploited class fat. When the right-wing in the garb of nationalism gave them the opportunity to feel like a soldier in the fight for something bigger, they accepted.

Political parties are not important just for elections in modern democracy. They represent social consolidation and influence. They make vulnerable sections safe. Furthermore, they give confidence to the democratic institutions to stay true to their mandate. An institute of such critical importance needs the cement of regenerative social work to stay strong. The more political parties are able to stay healthy with this remedy, the better are the chances of preventing extremist forces from turning rabidly detrimental to a functioning democracy.