विशेष Will there be a retreat from this virulent polarization? 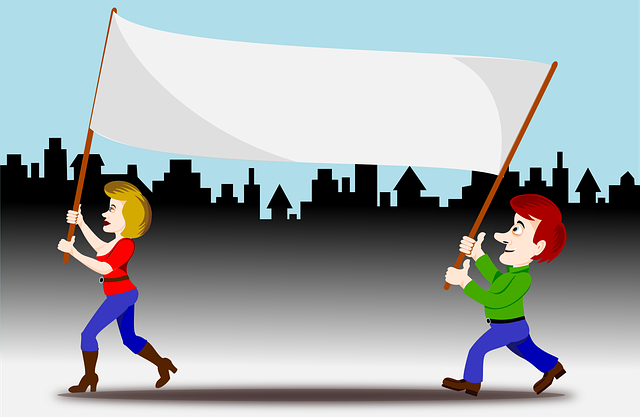 One of the more optimistic hopes with regard to populism and polarization and the story of the rise and rise of right-wing, is the cyclical decline of polarized climate. History has shown how the worst moments finally get resolved to a more balanced state. Theories like stasis or dialectical tension of thesis and antithesis have historical validation to their credit. Today’s polarized moment came from the era of Clinton-Blair-Shrodder-Chirac-Rajiv-Narsimha where history was ending and a consensus was evaporating differences between various camps of politics. And now, not so long after, we have blazing, hatred-filled virulent polarization. Mudrarakshasa tries to understand how we reached here and is there a hope of retreat?

Recognizing the inevitability of strife and conflict in politics has been a fairly strong  strand in the political analysis of recent times. Steady rise of polarization and death of consensus in politics has been taken as a given fact. It may appear contradictory and  counter intuitive but not long ago, politics almost world over was getting free of real diversity and a third way accommodating the competing strands was ruling the roost. Blair was getting re-elected with his accommodation of conservative sales pitch and by attacking extreme left in his own labour party. Democrat Clinton moved quite far right to include conservative concerns on immigration, taxation and even on affirmative actions. In India also Congress tried to emulate right wing flirtation with majority religion in a climate of consensus on economics.

Another key aspect of this middle path, called the third way in its hay days, was a technocratic focus of governance.  Small promises of solving small problems with technocratic solutions gained a primacy. Blair is credited with a thought process where a good PR, effective data gathering and a technological solution was prioritized over political solution. His government, at one point of time, had 600 key priorities. Exasperated Blair, in a Guardian article, is quoted as criticising the piecemeal approach of his government “Sometimes it can seem as if it were a mere technocratic exercise,”…well or less well managed, but with no overriding moral purpose.”

A little  polarization is  needed

This absence of clear camps in politics  was said to be creating many anomalies. Firstly, the voter was deprived of real choices as offerings by parties stopped differing in any significant way. This led to a situation where similar elites were occupying the  position of power in a routine reshuffling of leadership pack. Some political scientists called this post democracy and this absence of real differences was lamented by the political scientists in Europe and North America.

Secondly, this muddled  middle path led to a situation where  politics became bereft of emotional hooks and a mood of political apathy pervaded.  Both political parties and people need an ideological anchor that defines them. In the absence of real differences this anchoring becomes hazy and individual and organizational investedness  in politics gets diluted.

Thirdly, this middle path-third way politics prepares a ground for extremists on both the sides. If extreme left and right both are not represented in the middle or people don’t have their choice in the mainstream parties to express their left or right leanings, the situation becomes ripe for an outsider political entrepreneur to seize the moment. If the faultlines of resentment and deprivation are addressed adroitly, the demagogue has a fair chance of succeeding. This has been borne out by the rise of savvy populist leaders world over. Instead of the basic principle of distribution of resources, culture space and moral moorings become the decisive factors in the political landscape. Pratap Bhanu Mehta in a video and Andy Beckett in the Guardian article quoted above have also elaborated on how absence of real choices in politics, especially in the economics has the potential of ceding the mobilization space to culture and identity which invariably is exploited by reactionary and populist forces.

Also by the same Author:

It is worse than it feels : Guardrails of Democracy Unmoored

Fourthly, in the absence of a soaring emotional and ideological overhang, governance becomes a managerial enterprise and a technocratic haven. This has been expanded above with regard to  Tony Blair’s managerial priorities with ‘no overriding moral purpose’.  Apart from being inadequate, managerial aspirations prop a regime for failure.  The level of a public efficiency based enterprise can never be fully satisfying due to its enormity and inherent trade-offs. Once a regime starts falling short, disappointment starts piling up and a third way regime is in no position to call for cushion and reprieve that a loyal ideological base provides. Modi could survive a botched demonetisation due to ideological capital in the form of a loyal fan base. The same is not available to a third-way politician as loyalty demands taking side and a side by definition is not a muddled middle.

Distinctiveness should not be allowed to lead to extremism

This analysis, very influential in the closing years of the first decade, is still deployed as an explanation of right-wing upsurge and is routinely offered as a way of fighting right-wing populism. The impatience for what is termed as false balance in journalism has its partial roots here. Also this analysis can also be seen as a deterrent to any move towards development of consensus based politics. So there is a clear danger that in less nuanced hands this analysis will not be used as an explanation device but as a justification of keeping extreme strands afloat.

Like everything in life, this can partially be attributed to the cyclical nature of things. The 80s were polarizing late 90s and 00s were more on the middle path. It is argued that once the internal contradictions of a cycle cross a threshold, tide turns towards the correction that favors the opposing strand. One reasonable and optimistic thought may be, that  once the current polarizing moment hordes enough self-destructive elements in its ongoing cycle, it will implode and give way to a new Era of moderation, accommodation. This dialectical process of thesis and antithesis leading to a new synthesis has been a time tested historical and philosophical construct. After all, in world wars, cold wars, and medieval empires and religious wars, the world has seen far worse and has survived and moved to a presumably more conducive climate of civic life. Growth of secured, prosperous and somewhat democratic life has been relentless and historically on an upward curve.  The glories of the muddled middle are discussed in detail here.  Surely, this moment of populism will also meet its comeuppance. But what are the novelties of this future moment of synthesis of polarization and insipid middle path.

Why is the next synthesis stage difficult?

A major change or a unique element in the possibility of turning the current tide from polarization to middle path is the changed epistemological climate of the time. Throughout history,  possibilities of multiplicity of reality were limited. No doubt the reality and unknown were approached through different tools and perspectives but generally speaking, they were seeing the same world. Every individual was not being presented with a tailored algorithm driven reality to deepen her deep seated convictions. Today, people have their own tailormade reality pushed by technology specially Social Media not accessible to others. This diminishes the possibility of correction as one does not actually know the rhythm of radicalization that the other person is dancing to. Possibility of empathy, cooperation and understanding suffer.

Similarly, historically, experts were never subject to scrutiny as they are today when a far larger database than a single individual is available to everyone. People are just not ready to suspend their disbelief and that has further depleted chances of having an agreed upon reality. In short, the information sphere is addictive, radicalizing and tailored. Making consensus beyond a bubble  is much more difficult than it ever was in history. Feeling that reality can be experienced through pure and massive data without mediation of experts has resulted in the fall of institutions of authority like journalism, academia, judiciary and even politicians leaving a ground ripe for populism where mob frenzy can be incited against experts without much effort. This inability to achieve  an agreed upon truth is bound to make a retreat from polarized moment to some middle ground synthesis a tad difficult.

Another factor that may make the retreat from the current moment of polarization a little more difficult is the absence of alternate economic world view. This point has already been discussed above with the views of Pratap Bhanu Mehta and Andy Beckett. There it was discussed with regard to dangers of ceding mobilization space to culture and identity instead of modes of production, distribution and allocation of resources. Another downside of this is exclusion of powerful corrective from the equation. This is a scenario where neoliberalism with its tenet of free global markets, meritocratic economic order, limited focus in poverty reduction through direct methods or redistribution, diminished concern with inequality is somewhat accepted world view. People centric left forces have a very remote possibility of being counted in this polarized dialectics playing on non economic axis. In such a mix, speed of synthesis which may mark a retreat from virulent polarization where right-wing has an advantage is even more improbable.

Above analysis can be summarized as follows. First, a little polarization is needed but too much of it, as is evident nowadays, will destroy the polity. Secondly, Absence of conflict and clear alternatives have its own downside. Thirdly, this downside should not be used as an excuse to float extremist strands. Fourthly, history is cyclical and logic of thesis-antithesis-synthesis usually prevails. Fifthly, the current moment has some epistemological aspects that have made the desired synthesis i.e. retreat from extreme polarization somewhat difficult. In such a scenario making predictions is hazardous but there is no substitute for staying engaged in civic life as identities, coalitions, hegemonies, rights and institutions all need to be continuously worked upon as mobilization and politics are full time professions. Unfortunately, in the current moment only the right-wing is working on these critical areas while other forces are showing frightening laziness which doesn’t bode well for the future of democracy.