विशेष Rider is Shaky on the Back of Tiger 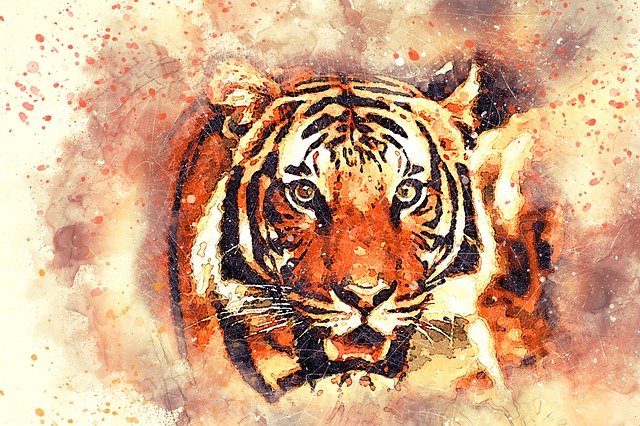 Right-wing base bares its fangs

Right-wing leadership is facing a testing moment now. After the turmoil of the farmer agitation, that still reverberates, BJP is facing twin crises of criminally bungled pandemic and aspiration from its base in the context of defeat and subsequent allegations of violence against its base. Mudrarakshsa examines the implications of this on the trajectory of right-wing ascendency in India

Twin challenges of fiasco of handling of the second Corona wave in India and the defeat in West Bengal election coupled with the subsequent furore among the right-wing base over violence against BJP supporters in the state has definitely given a jolt to the carefully constructed image of the Prime Minister Modi as ‘Hindu Hriday Samrat’ with an iron fist and great administrative capabilities. This is not just a wishful thinking of the vanquished liberal sphere but something which is being borne out by very visible frustration among the die-hard followers of the most popular demagogue that this country has ever seen.  Mint newspaper carried a long article on pro BJP social media circles where it concluded “Large numbers of BJP’s followers remain loyal regardless of how the party is handling the pandemic, but its social media forums are buzzing with diehard supporters questioning the decisions to hold election rallies, export vaccines, and invite millions at Kumbh Mela well into India’s second wave”. Ever mercurial Subramanian Swamy called for giving reins of the Corona fight to Nitin Gadkari, he concluded “relying on PMO is useless’ ‘. Regional leaders are finding it difficult to defend or even tolerate the monumental failure. The loyal media is also not far behind in manifesting the signs of doubt. Damage to the international image of the Prime Minister is severe. This is bound to rankle for a person who takes pride in his international standing and validation.

If the polarized public sphere could still stomach the severe knocks of a criminally mishandled pandemic, the defeat in Bengal after unreasonably high expectations, tested the political capital of the leader of Indian right with ruthlessness that only a devoted base of violent supporters can display. The right-wing has orchestrated the frenzy on what they call violent crackdown on the BJP supporters by TMC supporters with unabashed communal tilt. Electoral violence in West Bengal, which has been a sad hallmark of the state for a very long time, has come under excruciatingly polarized lenses and has fired up the right-wing base to an unprecedented degree. In normal times such an outcry would have served the right-wing mobilization by energizing the base, consolidation by visible fear and finding a mark to unite against. It is still serving that purpose, but something is new. Anger is directed at the Prime Minister and, in part, at the Home Minister. The supporter base, which has been fed on the steady diet of hatred and grievances, is expressing huge dissatisfaction with the response of the Union Government. Actress Kangana Ranaut expressed her disappointment in such vitriolic language that she lost her Twitter account. BJP members of Parliament from the states also expressed their frustration in a not so polite way, something unthinkable till now. Channels, especially the alt-right Channels like Sudarshan TV, are downright abusive of Modi’s handling of the situation. The reply section of any of the tweets from Modi is filled with not so masked frustration from his supporters. Governor of the state felt compelled to act in the most indecorous way to pander to this anger of BJP supporters. It is not as simple as being a sour loser.

Right-wing base has come to expect a certain degree of disregard for norms of democracy from their party and leaders. Over the period, the leaders have, either by silence or compliance have mainstreamed grossly unconstitutional behaviour such as lynching, minority bashing, overtly religious stand in public life and disregard for forbearance and other guardrails of democracy. In such a scenario it is not always possible to  control the rising expectation of the supporters. Now the load of unsavoury expectations has turned to bite the original perpetrators. This along with dent to the image due to mishandling of the second wave has some serious implications for the trajectory of the right-wing in India.

Just to establish the relationship of the base and the party leadership, I would like to quote at length from one of my early articles in this web magazine where the strength of the Indian right-wing was discussed viz-a-viz its US counterpart. Relationship between the base and the leadership was the key differentiating feature. I wrote:

“Like Trump, Modi also took charge of a party which was ripe for extremist takeover. He was invited by the insiders of BJP (chorus of second rung of leaders led by Arun Jaitley and supported by Rajnath Singh) as a charismatic outsider. Trump too is an outsider to the traditional conservatism of America. Ominously, invitation to charismatic outsiders by established insiders has a chequered history. Examples like Germany (Hitler), Italy (Mussolini) or Venezuela (Chavez) tell their own story. But Modi is a qualitatively different commodity from his US counterpart. Trump surprised the Conservative leadership with his historical but sudden takeover of the presidential race. He came to the scene and found the climate unexpectedly conducive for his brand of subversive politics. He had no experience as administrator and was a true wild card. Modi on the other hand, was one of the most popular as well as controversial politicians of the party and the country when he was tapped by the central leadership of BJP. He had earned a reputation as a bold and seasoned administrator and  was seen as a great communicator. He was duly invited to take the BJP across the threshold of dominance. After this point, Modi’s supremacy was his own doing. He stamped the party with his autocratic style and elevated his man-Friday Amit Shah to number two position. His personality driven leadership style and his condensed electoral appeal made the party totally dependent on his charisma. He relegated seniors to the oblivion of Margdarshak Mandal and cut the second rung to the size. Currently, truly speaking, it is difficult to find an electorally useful leader in BJP apart from Modi. Most of the members of his Council of Ministers owe their political existence to him. Trump was propped up by his ecosystem of angry base and right-wing media empire, whereas, Modi, to a much greater degree, was a creation of his talent. He refined and gave life to a relatively dormant base of Indian right-wing sympathizers.

“If the right-wing ecosystem of the supporter base and media is a tiger, Trump is riding at the mercy of the tiger. Modi on the other hand, is the ringmaster of his circus. Trump can’t deviate from the script that is prepared by his rural white voters and Fox News led right-wing media system of the United States. Modi on the other hand, controls his ecosystem. Both supporting media and support base is in  follower mode. Modi has enough political capital so far to steer them in any direction. Having said that, perhaps even Modi won’t like to test this by going soft on issues (like needling of minority) dear to his core supporters. Still, compared to Trump, Modi is in much more commanding position vis a vis his support base.”

This relationship between the tiger and the rider is very important in deciding the direction of the right-wing in India. With dominance of Narendra Modi over his base and his ability to be their guide, arbiter, enabler and director the control is still with the mainstream establishment, howsoever centralized. This has implications as the establishment, rather than the base or fringe of the right-wing, situates its incentive in the broad constitutional scheme. Their authority is drawn from the success that they had in gaining the levers of the power in the constitutionally mandated scheme . They win elections, they deal with the give and takes of politics, compromises and trade-offs of the governance which have their own restraint over grossly arbitrary behaviour. The anger of the base with regard to the Bengal situation is more of a frustration for these restraints that the base or fringe is not ready to appreciate. Till now the tiger was kept violent and hungry by calibrated doses from the ringmaster. Now the tiger has gone a little over the edge and wants a different behaviour from his master, different from the palliative training doses and the master may not be in position to administer that dose. This has potential to alter the relationship. As was evident in the USA, the base was dictating terms and senior and more traditional conservative leaders found themselves sidelined. Fox News and right-wing news ecosystem is not subservient to the Republican party rather it is dictating the agenda to the party leaders. No republican leader can survive without kowtowing the base in its most virulent form ceding all the control away from the traditional cabal to the erstwhile fringes who have little regard for the constitution or the core values of the Republican party.  Demand for Bajrang Dal or Yogi to deal with Bengal is an assertion of the tiger when it is sensing weakness on the part of the rider.

Concepts like communalism and hate driven populism have an inherent mechanism of self-radicalizing. They simply can not remain moderate. The followers will stop drawing satisfaction from the current level of unsavouriness and will demand more hardcore version. Yesterday, Rath Yatra warrior Advani was symbol of the majority aspirations but a time came when he started appearing tame in front of what was being offered by the newer crop led by Narendra Modi. The inherent logic of this hate spiral ordains, rather demands, that a time will come when Modi-Shah duo will fall short of the violent expectations of their tribe.  They, it may appear very unlikely, will be too constitution abiding, moderate and peaceful for the relentless blood thirst of the genie that they help unleash.

These budding troubles of the BJP leadership may appear welcome to the liberal-left ecosystem but there is very little to rejoice. Main feature of this transformation is the growing power of the more violent and unconstitutional function of the right-wing that is not happy with just the memory of the early 2000 avatar of Narendra Modi (Kangana Ranaut said this in so many words). They want to see a party that still pretends to serve the constitution and the nation to negate elections, constitution and institutional fabric of the country and to cross the rubicon into a darker fantasy akin to storm-troopers of Nazi Germany with similar ease to commit any crime against humanity. That fight will forever change liberalism and, more so, the idea of India. With Modi-Shah at the helm,  the framework of the constitution is still running the show. What the base is demanding will make the framework irrelevant and liberalism is not upto that fight. One can only hope that Modi wins this round against his base and pushes the ugly war to some other time.

Image by JL G from Pixabay