Under the Lens Satellites: So far, yet so much part of our lives! 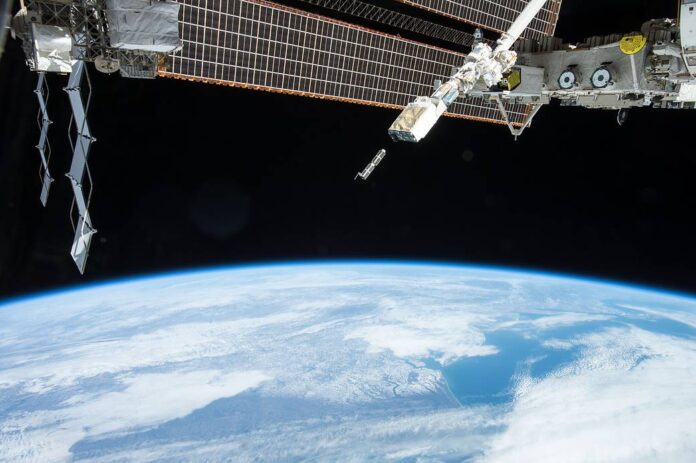 Of the new-age technologies that have become an essential part of our lives, we can name mobile phones, internet and social media. Satellites hardly come to our mind. It is interesting to know that they contribute in a number of ways in many aspects of our lives.

Before that, a bit of background on artificial satellites.

Satellites are bodies that revolve around a planet. Moon is the satellite of the Earth. That is a natural satellite. Jupiter and Saturn have over 50 confirmed satellites each.

Artificial or man-made satellites are the objects that are pushed into the space using powerful rockets in such a way that they stay at a particular height and keep revolving around the Earth.

What keeps the satellites running and afloat is a combination of laws of science: The speed provided by the launch rocket keeps the satellite in a state of motion, but the gravitational pull of the Earth does not allow it to escape into the outer space. So, the satellite is destined to remain like Trishanku (a mythical character who was punished to stay hanging between the earth and the heavens) till it is pulled inward or pushed outward due to environmental factors. A very high level of expertise in various related sciences coupled with specialized material inputs are needed for launch and upkeep of satellites, and, therefore, a very small number of countries have their own satellites.

Satellites (artificial ones) are of many types, depending on their orbit, location and purpose. This is a mix of popular types of satellites:

So, are there a few satellites over my head right now?

Not a few, hundreds!

There are over nineteen thousand satellites orbiting the earth in 2021. It is likely that about two-thirds of them pass at least once in the sky over you. A few hundred of them will have passed over your head in the time you take to read this article.

The first pictures below is a snapshot of the satellites around the earth at a given moment, and compared to the earth they look like dust particles. The second picture is grab from real-time video of satellites at a particular moment on 1st November 2021 (gives figurative representation of each satellite at its location).

For record, about six thousand satellites belong to the USA and Russia each, nearly four thousand to China and the rest to Canada, China, France, Japan, the UK, India and a few other countries. India has launched about two hundred satellites so far since the Aryabhata, India’s first satellite, named after the famous Indian astronomer, was launched on April 19, 1975. It was completely designed and fabricated in India and launched by a Russian Kosmos-3M rocket from Kapustin Yar. It took another five years for India when it successfully launched Rohini satellite on July 18, 1980 from Sriharikota Range (SHAR), thereby making India the sixth member of an exclusive club of space-faring nations.

Satellites are massive, no?

Yes, some of them are especially if we think of some big satellites launched by the leading space agencies.

The International Space Station weighs about 441 tonnes. At 109×73 metres, it spans a football field. Standard satellites are a few hundred to a few thousand kilograms. There also are many small satellites (called mini, micro and nano satellites) of less than 500 kg. Some satellites can be as small as a bread loaf.

Small satellites are usually launched along with main, big, satellites. They can be stand-alone satellites for short research projects, and sometimes are used as part of a constellation of many satellites working together.

Satellites are useful, but are they that important?

I have given uses of satellites in the above section. In the first sight, these functions look minor – doing a bit of weather (most of weather functions are carried by the observatories of the met department, isn’t it?), a bit of internet (maybe, but most data travels through cables), a bit of navigational aid (for aeroplanes, perhaps), and some more. If you also felt so, let us look around us.

Look around you: on your balcony or roof. There is a possibility that there is a TV dish fixed there. If you are in a big housing society, you are likely to encounter dozens of them in one glance.

They are satellite television dishes. Indian TV dishes look east, almost to the same direction because there are a number of satellites in that location. Those satellites pick up radio beams from ‘earth stations’ of TV centres and relay back to the earth at a specific frequency.

Now open a map/ GPS app on your mobile phone. While the map is a special type of image loaded on the device, the movement of the mobile phone is tracked by the GPS system.

GPS or Global Positioning System is an American satellite system for location tracking, and some other countries have also launched their own such systems. Together they are called  Global Navigation Satellite System (GNSS). The Indian system is called NavIC (Navigation with Indian Constellation), which is much smaller than GPS and is used primarily for ship navigation, but is now available in a few mobile phones too.

In GPS system, the receiver (your mobile phone) continuously gets radio waves from a number of satellites (minimum four at a time) and this data is used for pinpointing the receiver’s location. The navigational aids on mobile phones and a smooth operation of modern aeroplanes and ships would not have been possible without navigation satellites.

If your close friend or near relative is on flight, you can now track the flight minute-to-minute, thanks to satellites relaying live data of flights.

The high-precision maps, now available everywhere, have been possible only with the help of satellite inputs.

If you don’t already know, it will surprise you that the precise timing provided by the GNSS system enables proper functioning of electronic financial transactions and ATMs, and also functioning of the power grids.

Satellites play a very important role in climate and weather monitoring. The forecasts that you get on your weather app owe a lot to weather satellites. Weather satellites constantly gather data about solar radiation and temperature, wind movement, clouds, humidity and precipitation, atmospheric pollution, etc – something not possible with land based systems.

There are dozens of other ways satellites help us individually, as a nation and as the human race. Let us look at some of them:

It is expected that in future, satellites will play newer roles. For example, as the data capabilities of communication satellites improves, television and satellite-based internet services will become more efficient. If not for bulk internet communication, satellites will find use for providing backup to mainstream internet and for Internet of Things (IoT) technologies. New phones are likely to have facility to use satellite communication.

Space stations will come handy in space travel and in management of other satellites. Satellites can have huge mirrors that reflect sunlight to the earth, and it can be harnessed for producing energy. Perhaps in the coming years, people and small communities will be able to have spaces reserved in satellites or even have their own satellites. Elon Musk is already talking of taking half a kilogram payload to space at a thousand dollars in his next commercial space flight.

Are satellites too good?

If the above makes you consider satellites to be absolutely lovable fairies or angels, and you begin to fly with them, there is enough reason you should come to the ground. Like other technologies, we humans have found ways to misuse and abuse satellite technology.

Look at how satellite tech is being used in defence.

Satellites are being widely used for surveillance purposes. Since they can scan an area with total disregard for national boundaries, they give the host nation an enormous advantage against its adversaries. Satellites are also used for guiding ballistic missiles. They are going to be used as weapons or weapon dumps that can be launched with less risk of getting intercepted. Satellites can be used to disrupt others’ communication systems and to kill other satellites.

Satellites will become an important part of ‘Star Wars’ type of conflicts. Since only a few countries have high-level military satellite capabilities, there is a risk of world powers blackmailing weaker nations.

A high-resolution picture of Iranian space facility published by ex-US President Donald Trump  in a tweet in 2019 is just one instance showing how military satellites of world powers are snooping over the entire globe. It is said that they have the capability to clearly picture objects smaller than a coffee mug. Even one-cm resolution is possible with some spy satellites: they can read the slogan printed on a T-shirt!

That takes us to another set of concerns: governments using satellites for snooping over citizens, people losing privacy in the hands of corporates who can analyse data specific to small locations and even individuals, criminals using satellite data for more precise and fool-proof operations, and so on.

Of course, governments, corporates and criminals are already using non-satellite technologies (e.g. aeroplanes, drones, mobile tracking methods, bots and malware on internet) for snooping over people, but satellites add a highly potent tool in their kit.

Some experts are concerned about the misuse of satellites and/or their data when they fall in the hands of rogues. Though the satellite operators may have good intentions, but data breaches do happen even from the most secure places, including CIA archives. Perhaps it will also be possible in the future to hack satellites for ulterior purposes.

Killing or damaging others’ satellites might also happen in the days to come unless international authorities put strong protocols in place and monitor them closely. Collision among satellites is another possibility. Such unplanned loss of satellites would result in halting critical activities in host nations.

Satellite debris is another concern. About four hundred satellites that are orbiting the earth have reached junk stage. In the past, some satellites that had run out of their life have been destroyed, and their pieces burnt while falling on the earth. But the number of satellites is becoming too big by the day. A sort of international cooperation is emerging to destroy old or wayward satellites before they cause harm to the earth or other satellites, but concerns persist.

Satellites have become a part of modern life though in our day-to-day living we hardly notice their presence. In the days to come, satellites will – in conjunction with associated space technologies and artificial intelligence – contribute in ways that we cannot even imagine. And in the case of satellites, the sky is [not] the limit!