Geo-politics & Defence Geopolitical insights into the Taliban takeover of Afghanistan 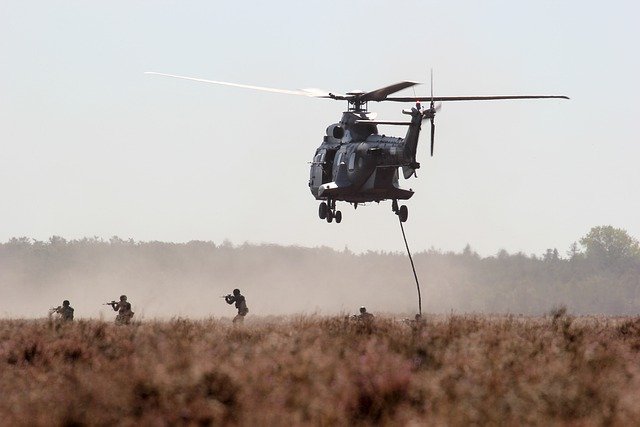 The swiftness with which Taliban advanced and took control of power in Afghanistan seems to have taken the entire world by surprise. We are being greeted with heart-rending visuals of Afghan nationals falling from airborne aircraft and scrambling crowds at airports in Kabul. This, however, is a reaction that is designed to paper over the apparent geopolitics behind the event. The basic elements of geopolitics i.e., the dynamics of boundaries, coalitions, and spatial networks as they had emerged in the past year and a half indicated a Taliban takeover in Afghanistan.  Further, the geopolitical space in the region has been effectively re-arranged by China, which is fast emerging as the only great power that currently exists in the world. A brief historical look into the geopolitics of Afghanistan will throw greater light on current events.

Afghanistan became a battleground for the Cold War between the USSR and the USA, with the takeover of the region by the USSR in 1979. This led to the American intervention in the region to ‘contain communism’. Armaments and Islamic extremism combined with a deadly cocktail of narco-terrorism in the complex, tribal socio-political structures of Afghanistan were the elements of American interventionism in the region.

The American arming of the Afghan Mujahideen and the rise of the Taliban in 1994 in the tribal Pashtun regions of Pakistan and Afghanistan in 1994 are key events, that need to be studied in depth. The cultivation of Pakistan by the USA was a geopolitical necessity for the USA or so it thought. Situations swung in the favour of the USA with the disintegration of the Soviet Union and swung equally dramatically against the USA with the Afghan mujahideen and the Taliban both rapidly turning against America. In short, the American intervention in a complex situation in Afghanistan to prop up Islamism against communism defines the coalitional aspects of geopolitics in the region at that time.

Geopolitical arrangements subsequently dictated American withdrawal from Afghanistan. While the core argument being given out by the USA is that the war in Afghanistan was draining America, the fact remains that American interests in the region were influenced by the rise of China and the Pak-China nexus. Afghanistan simply holds no interest to America in the new geopolitical arrangements in the world and the region. Coalitional and spatial networks have emerged in the region that bypass an American presence in Afghanistan.

The coalitional network of Taliban 2.0 runs by the logic of pan-Islamism. While the Durand line remains a point of contention, the coming together of the Afghan Taliban and the Tehrik-e-Taliban Pakistan (TTP) may be a real possibility. The ideological roots of these two as well as of the Al-Qaeda, ISIS and the Lashkar-e-Tayeeba (LeT) and many such organizations operating in Kashmir go back to a common organization, the Juhayman Ikhwan. This was the group of rebels who under the leadership of Juhayman al Otaybi stormed the Mecca Masjid in Saudi Arabia in 1979. Taken out by the French forces and Saudi Arabia, the group dispersed, with a few of them forming the Markaz-ud-Dawah in Pakistan in 1987. This later became the Jamaat-ud-Dawah, the organization behind the Lashkar-e-Tayeeba. Similarly, some Ikhwanis established themselves in Afghanistan and some in Saudi Arabia. The ideological roots of all these groups remains the same, and it said that many of these get ideological inspiration of conservative Islam being propagated by Deoband in Uttar Pradesh in India. (See the series of Articles by Yasmin N Khan here).

The boundaries of pan-Islamism run across Afghanistan-Pakistan-India –Bangladesh and the Caliphate of the Daesh. This new boundary has no inbuilt logic of anti-communism that necessitated Cold War intervention in Afghanistan. The coalitional networks of this pan-Islamist entity with a substantial locus in Afghanistan logically bend towards China, the new hegemonic bloc. The recognition of the Taliban 2.0 in Afghanistan by China validates this geopolitical shift.

The world knew that Taliban 2.0 would eventually take over Afghanistan when the USA under President Trump announced that America would talk to the Taliban and was looking at a withdrawal from the region. Joe Biden took forward this deal. The Taliban is slowly being legitimized as the power in Afghanistan. That it imbibes an Islamic ideology with the Shariah law at its core is not a matter of value judgment for the West. The Islamic countries are at peace with this arrangement.  The small and insignificant visuals of Afghan nationals scrambling to leave Afghanistan are simply not an indicator of any normative calamity that has overcome Afghanistan.  There are practically no minorities left in Afghanistan and the Hazara Shias will face no graver dangers under Taliban 2.0 that they have not faced before.

Though it would seem that the geopolitics of the region will have to adjust itself to the rise of China and instability in Afghanistan at least for some time, it would be too presumptuous for Taliban to think that America would watch only from the margins. Moreover, India, which presently seems to be in a disadvantageous position, would certainly re-evaluate and re-calibrate its strategy and would not allow its enormous assets in Afghanistan to go waste. Needless to say that the national interest would guide India’s future policies in Afghanistan, and its massive outreach in the region as a counterweight to Pakistan, would soon find its feet. Therefore, it would be in the interest of the Taliban and Afghanistan to work towards an inclusive government and keep the ISI and Pakistan at a safe distance. Also, they must ensure that they should keep away from the terrorist activities in other parts of the world, including the Indian territory of Jammu and Kashmir.

Another article by the same author can be seen here.

Image by ejbartennl from Pixabay