Under the Lens Why Antarctica Matters! 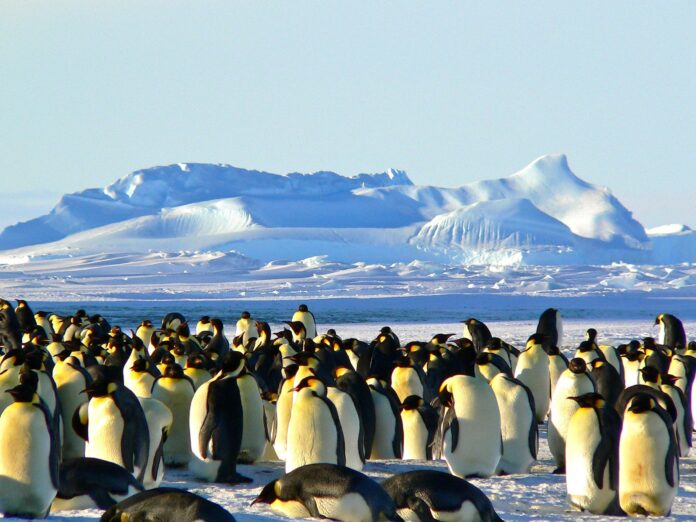 Late last month, the Lok Sabha passed the Indian Antarctic Bill, 2022, making people think what was so special about the barren and perpetually frozen continent that India had to pass a law specifically relating to that. Is it due to its being nearer to India as compared to countries far north? Is it due to likely mineral resources there? Is it for colonising the barren island with unknown future prospects? Something else?

Before exploring India’s attraction towards Antarctica, let’s see whether other nations are also interested in it, and if so, why.

Antarctica is important for the humanity in many ways. Since it is remote and with a hostile climate, it has remained uninhabited, and therefore most of it is in its pristine stage. That itself is a big reason for its importance.

Vast, deep and mostly unsullied, the continent is also the largest natural laboratory on earth. The Antarctic biosphere consists of numerous indigenous species of plants and animals and microorganisms.

The ice cover over the continent is so thick, it reaches a depth of up to 4.8 km in some places. Can you believe that the ice in Antarctica holds about 90% of the earth’s total surface freshwater? If all the water in the Antarctic continent were to melt, the sea level would rise by about 58 metres!

Much of the continent is a desert, with very little snowfall, and hardly any rainfall. It is also the coldest region; the lowest temperature on the earth (-89-degree Celsius) has been recorded at a research station in Antarctica. It is also the windiest place on the earth.

Antarctica has not been like this all the time. Millions of years ago, it was part of the huge single continent called Gondwanaland. Part of what Antarctica is today was in fact too hot in the geological times after the Gondwanaland broke into many splinters. Some parts re-assembled into the present-day Antarctica, and being too far from the equator, turned extremely cold. This land has not changed much in recent geological times, and thus preserves the secrets of how the earth evolved from geological as well as biological points of view.

Antarctica is surrounded by the Southern Ocean, which is a circular belt, unlike other oceans that are like big lakes. The surface of this Ocean is frozen for half of the year. The extreme temperature changes in the ocean lead to localized as well as wide-spread currents that transfer heat, minerals and gases. The largest ocean current in the earth flows under the Southern Ocean, leading to massive heat transfers and capturing atmospheric carbon di oxide, thus influencing the world climate in a significant way.

Though a layperson might associate only the cute flightless bird penguin with Antarctica, an enormous range of marine plants and animals inhabit this continent and surrounding waters. Some sea animals and birds migrate to these frigid waters and lands from even thousands of miles north. The Antarctic Realm is one of the eight distinct bio-geographic regions of the world.

Antarctic ice contains information about long-range climate changes, going back to lakhs of years. Its sensitive climate also is a veritable barometer, and also an early warning system, for the climate changes occurring due to human activities.

Antarctica is not only a great repository of information, natural resources and biodiversity, it also provides a suitable template for a vast array of research including that on environmental sciences, geology, geography, geophysics, climatology, oceanography, biology, and so on.

No wonder, over ten thousand scientists and support staff from 29 nations visit the frozen continent every year, and about a thousand of them stay there even during the harshest possible winters on the earth.

Antarctica is beautiful in its own ways, and a wonderful tourist destination too. The tourism in this island is governed by an international treaty and is managed in a way that it leads to least impact on the continent’s environment.

Antarctica is the only place on the earth that nobody owns!

For some time in the nineteenth century, different countries laid claims to this land, starting with Britain, France, New Zealand, Norway, Chile… the list kept on increasing, and territorial claims and conflicts started taking place. In 1957-58, when the International Geophysical Year was observed, scientists made the conflicting countries agree to do only peaceful research in Antarctica.

The consensus did not work well, but efforts continued to safeguard Antarctica from occupation. Luckily, good sense soon prevailed on humanity, and the warring countries agreed to have an international conference on the subject.  Three years later, the Antarctic Treaty was ratified, bringing peace, and a commitment to conserve Antarctica and let it be a place to be shared by the entire humanity. The treaties on Antarctica cover the area within 60 degrees south latitude.

The Antarctic treaty is just a gentlemen’s agreement, with no governing body and no penalties for not following the treaty. Some countries have called a few  islands in the vicinity of Antarctica their own. These include not only the countries lying close to Antarctica  (Chile, Argentina, New Zealand) but also others (Norway, France, the UK). However, their claims have not been universally accepted.

India started research in Antarctica four decades ago, with the first Antarctic expedition in 1981. Since then, it has been sending an expedition to Antarctica every year, which returns after conducting research for a few weeks. Now the Indian Antarctic programme includes three permanent research stations in Antarctica – Dakshin Gangotri (presently inactive), Maitri and Bharati.

The latest law gives India the legal right to do research in the continent, and rights over the international space over Antarctica. It also enables the Indian government to legally enforce the three international treaties on the southern continent of which India is a signatory. The obligations under the treaties include not claiming any territorial rights over the region, keeping the continent de-militarized and free from illegal activities, and protecting its environment (including conservation of wildlife).

As said above, the main treaty on Antarctica is not a binding document. As such, nations must give it a tooth by enacting their own laws that foster its spirit. If not, the exploitation of the region for minerals and sea food, and by way of unchecked tourism, would destroy it fast. By enacting the law, India has shown its responsibility and accountability towards this shared resource.

Do you know, which time zone is followed in Antarctica?

Being around the South Pole, Antarctic region falls under all time zones! The scientists and others inhabiting the continent tend to follow their own country’s time. Thus, if it is 12 noon in your research station, it could be 5 pm in mine though I might be just a few hundred kilometres away from you!