Under the Lens Water: the elixir of life 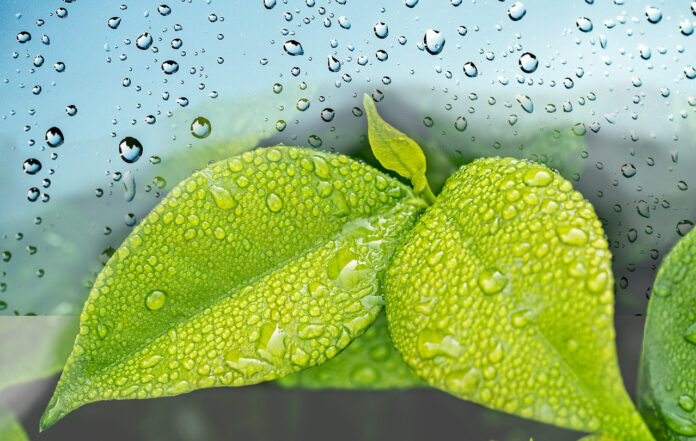 Being on the earth, we take water for granted. Though we crib when our water supply gets disrupted, and we worry when we are told that clean water is going to be scarce in future, we do not assign it the enormous role it plays in our life. In fact, water plays an enormous role in the life of all living beings on this beautiful planet.

This article seeks to remind ourselves that we are because water is.

Let me share some fascinating facts about water in our planet.

Nearly 96.5 percent of the world’s water is stored in oceans and seas – and it is not potable for humans; that means, only about 3.5 percent of water in this planet is freshwater. Out of it, two-thirds (that makes it about 2 percent of all water) is locked in ice caps and glaciers, and some is located in crevices and holes deep underground. That leaves just about 1 percent for all human needs, be it farming or industries or drinking and other personal use.

It is also interesting to note that 90 percent of all freshwater is located in Antarctica, and is mostly in the form of ice. Of all the freshwater in liquid form, over 97 percent is found underground (called groundwater).

Water in our bodies

Take for example, the foetus: it develops and resides in a fluid-filled balloon. Take our digestive system: it needs water for moving down the food and for absorption of nutrients. Same goes for blood, urine and so on. Water has a great role in regulation of body temperature and elimination of toxins.

Humans need to consume about two litres of water a day directly or indirectly. Taking less water, especially in dry and hot weather and after doing hard labour, can lead to dehydration, and taking no fluid for a week can result in death. (On how much water should a person drink in a day, kindly visit the linked article on Raag Delhi.)

What makes water so important?

Water is a wonder molecule. In the universe, hydrogen is the most common element, followed by helium, oxygen and carbon. Helium is an inert element, which means it does not react with other elements. Among the available elements, a molecule made with one oxygen atom and two hydrogen atoms (H2O) is the simplest atomic configuration possible in a molecule made with two types of atoms. That is perhaps the key to water being so unique among molecules present anywhere in the universe.

Water is a liquid at moderate temperatures, unlike many other molecules. Some other compounds can exist as liquid at high or low temperatures but nothing beats water. Moreover, water can also exist in the form of gas (vapour) and solid (ice) at not too extreme temperatures. This easy convertibility into three forms – solid, liquid and gas – is responsible for operation of local and global water cycles. Different climates and weathers arise mainly due to interplay of different forms of water with solar energy and wind.

Water has another peculiar property: unlike other liquids, it becomes lighter as it solidifies. Because of this, ice floats on water. Life in cold oceans would not have been possible without this property of water; aquatic plants and animals flourish in water (liquid) that keeps flowing under a thick layer of ice.

Water is a great solvent. It can dissolve many more compounds than other liquids. This makes it possible for living beings to draw nutrients from food and excrete waste material in liquid form (e.g. urine).

Water is also viscous (sticky) unlike many other liquids (e.g. petrol), but it is not too thick (e.g. edible oils) to flow easily. That makes it possible for rivers to keep flowing, water seeping in the soil, underground water to keep slowly moving in channels between rocks, and animals to live in it. That also makes it possible for trees to suck water to a great height.

Is life possible without water?

Theoretically, yes. There could be such liquids that fully or partly meet the life’s requirements – but practically that looks very improbable. As explained above, the simple molecular property (H2O) and abundance of constituent elements makes it the only possible compound to support life. Even if some other simple compounds such as methane and ammonia can support life, they are not liquid at moderate temperatures and cannot sustain complex life as on earth – made up of trillions of molecules in thousands of combinations.

That explains why space scientists get excited when they find a trace of water in asteroids, satellites and planets anywhere in the universe.

For life to survive in a water-based environment, water should be in liquid form at moderate temperatures. Water is supposed to be available in many celestial bodies, but in the form of ice or vapour. However, sub-surface liquid water has been found in a few satellites of Jupiter and Saturn. There is also a hint of water present under the surface of our own moon. It is believed that mars and venus earlier had oceans of water but water now exists in these planets in the form of vapour. Thousands of planets outside our solar system have been explored, and a quarter of them are supposed to have oceans much like the earth. (By the way, if you are inclined to look at the possibility of alien life, visit this Raag Delhi article: Have aliens ever visited the earth?)

On earth, it is believed that at the beginning, there was water of its own that was created as earth’s gases cooled, and some was contributed by comets that collided with this planet over millions of years.

Water availability, use and abuse

But when we look at the availability and quality of water on this planet, we come to realize its preciousness from social and environmental perspectives. You will agree that the discussion will not be complete without at least having a cursory look at these aspects.

Unfortunately, fresh water is not available uniformly in all lands of the earth. There are deserts and drylands across many continents, some of them thousands of miles wide. These place either do not receive any rain or rains are scanty.  But humans inhabit such places too, and for their needs water needs to be supplied from other places or pumped from deep under the surface.

In places with low availability of freshwater, the distribution of this essential material is inequitable. For example, in rain-deficient area, the rich can migrate to places with abundant water or buy water at whatever price it is available, while the poor cannot afford either. Water scarcity thus becomes one more cause for their poverty. Since they cannot live without water, they must pay for it through the nose. If not, they suffer in other ways such as not being able to grow food, needing to walk long distances to collect water, malnutrition, water-borne diseases, lack of hygiene, and water-deficiency led diseases.

Water, like other elements of nature, have the capacity to self-clean. However, it is overwhelmed by human activities, and gets polluted. Therefore, even when water is available, it may not be fit for consumption by humans and animals, household activities and farming.

Water pollution directly affects aquatic life. But it affects what might seem distant from the source of pollution. Some of the life-sustaining properties of water (e.g. being a great solvent and circulating through water cycles) make polluted water a potent carrier of pollution elsewhere. Pollutants in water get transported to distant places. They also enter soil and food chains.

The list of ways in which inequitable use of water and water pollution hurts humanity, especially poor societies, is long and disturbing. Look at a small sample:

– A quarter of humanity does not have a safe supply of water – and that is a huge number: 200 crore!

– A significant number of these people must walk miles to fetch water for minimal daily needs. Women and children in some places walk three hours just for a pail of water.

– Almost 10,000 children die before their 5th birthday due to illnesses attributable to use of impure water.

– It is found that extinction of life is more pronounced in aquatic ecosystems than in land.

– Groundwater, on which about three-quarters of the global water supply depends, is fast getting polluted. About 4 percent of usable groundwater is estimated to be already polluted, and the rest is getting polluted fast.

That reminds me of the words of Dr APJ Abdul Kalam. Speaking of the need to conserve water, he had said, future wars would be over water.

War over the simplest molecule made from the most abundant elements in the universe, he said?