धरा-आकाश Weighing the Potential of the Dry Compost Toilets 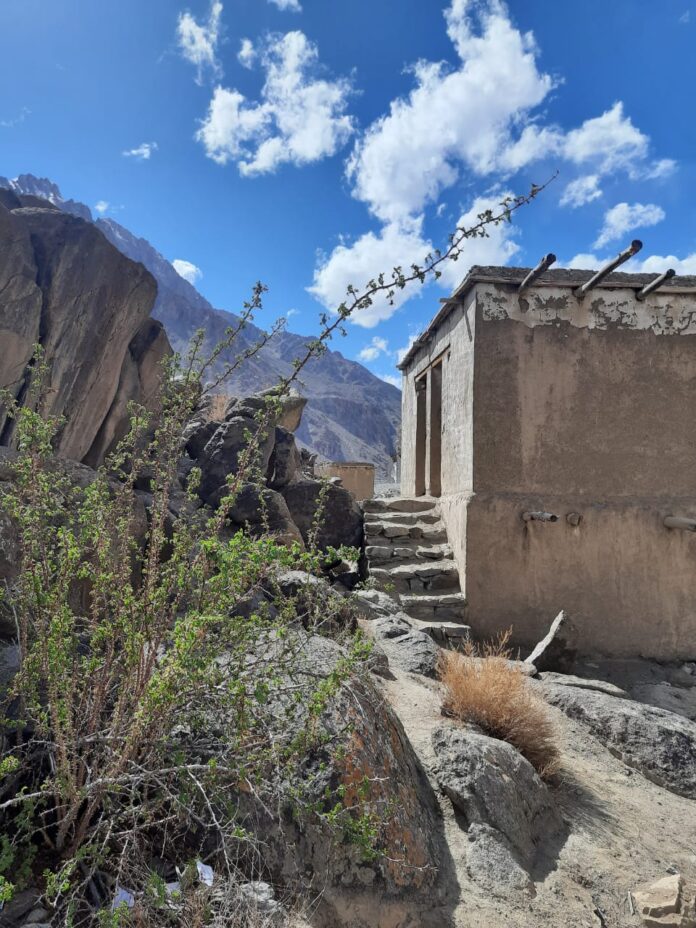 Before flush toilets came into use, people were well acquainted with dry toilets—which did not use water. There is evidence that points towards dry toilet chambers being used as early ago as the medieval period. The refuse from the toilet chamber was used in fields without being processed, but the practice was discarded when it became evident that this caused the spread of disease. One of the most noticeable issues with this manner of toilets was the unbearable odour. The practice of composting was then developed to address this. With the advent of composting, where materials like kitchen waste and soil were mixed in with the organic material, not only was the odour brought under control, but this humanure became safe to use in agricultural fields without the fear of polluting.

Then the first water flush toilet was invented in the 1590s, though it did not become common until the time of the Industrial revolution. Soon, ideas of hygiene and civility were inextricably intertwined with water chambers. Today, we judge the modernity of a society against many standards, one of which, invariably, is the way in which they manage their waste—and we equate the usage of water chamber toilets with good sanitation.

But what if we’ve got it backwards?

One might notice that animals never relieve themselves in freshwater, since they know it is not proper to pollute their water sources. This basic wisdom, humans have long forgotten. People living and growing up in urban spaces barely give a second thought to the water chamber system they are so accustomed to. But how much sense does it really make, to contaminate clean water only to run it through a lengthy purification process that ultimately yields waste which we dump or bury in landfills, or throw out to sea?

Ladakh is an arid region in the northernmost part of India where people have traditionally used dry compost toilets for decades. In its harsh environment where water is a precious resource, people use this type of toilet not only to conserve water but also to create fairly high quality manure for their crops. In this way, the nutrient cycle, which begins with the consumption of food and ends in organic material returning to the earth as compost, remains intact. There is no waste generated—unless the toilet is used incorrectly—and locals know the ins and outs of the system to a tee. The dry compost toilet is featured in every household across the villages of Ladakh, and the compost generated is used in fields. In Leh city, agricultural land is largely unavailable, though many residents and office buildings continue to use dry compost toilets and often sell the compost they produce. The local government has attempted to run public dry toilet complexes, though these usually fail for a number of reasons. Firstly, non-locals and tourists are usually unaware of the proper way of using the toilet, and throw garbage down the chute which disrupts the composting process. The average user also neglects to cover their waste with the soil-mixture provided, and so the odour becomes unmanageable. However, these are addressable issues that can be overcome with the right educational initiatives. You can read more about Ladakh’s Compost toilets here and here.

In our country, thousands of children die each year from diarrhea, brought on by contaminated drinking water. A large part of this wide-scale issue is improperly treated wastewater from Sewage Treatment Plants and Fecal Sludge Management systems. Next, in many cities and suburbs across the country whose populations are growing exponentially, piped water is brought in from scores if not hundreds of kilometers away. There is an undue pressure on the river systems to provide water to cities where it is often used carelessly. Clearly, the way we interact with the water cycle is deeply flawed, and costs people their lives and health. It may be time to pay attention to traditional wisdom once again, and take a better look at the scope of dry compost toilets for the country.

We know that the dry toilet model can work particularly well in rural areas. There is no waste product created in this cycle, and further, the compost itself is organic—which is much better for the environment and consumers of the produce than chemical fertilizers. One of the most effective ways for this system to be incorporated would be through the Swachh Bharat Mission that the central government launched in 2014. If the scope of  this scheme is enlarged to incorporate the compost toilets, it could be a game-changer as this has the capacity to work at a huge scale. Since it is one of the flagship programmes of the Centre, it has relatively easy access to funds, infrastructural support and s better positioned to create awareness amongst the rural masses. The Swachh Bharat Mission can achieve its objectives of  improving solid waste management and eliminating open defecation by creating a system of functional toilets that communities across the country feel a sense of ownership and responsibility towards.

*Ipshita Seal is a co-founder of an environmental conservation start-up, EcoFixtures, in Ladakh. She is a Naropa Fellow, and loves languages and to travel.

Banner Image : Provided by the author.