Under the Lens Will COVID-19 ever leave us? 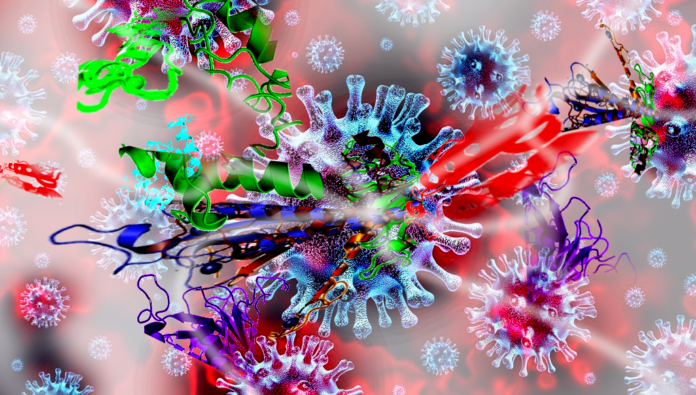 We humans have changed names, symptoms and treatments for Covid-19 disease and its virus the way we have never done for any other disease or its carrier. Not even deadlier sounding ones such as cancer and AIDS.

That shows our ignorance as well as a better understanding of infectious  diseases and pandemics.

And the way these are understood by the common man (every time I use this expression in such a context, I envy women), it leads to confusion, spread of misinformation, and different types of fears.

So, let us talk a bit about how the disease is progressing at the virus and human levels, and then about the prospects.

The virus that was… at Wuhan

When the disease first surfaced at Wuhan town of China in the second half of 2019, it was perhaps the result of a virus jumping from bats to pangolins to humans. A lab in Wuhan carrying out secret bio-engineering projects is also alleged to be involved in either the jump or its spread. If the lab indeed had a role, it might have been accidental and not deliberate, but China has strongly denied even that possibility.

Whatever the cause of origin of the Covid-19 virus and its entry into humans, the virus exploited the attraction of human cells for some types of viral proteins. Some other biochemical factors favoured the virus so much so that it soon spread across the globe, defying all human measures to contain it.

The original virus was, broadly speaking, a type of virus that would infect the inner lining of our breathing apparatus. But, unlike other cold-and-cough viruses, it attacked lungs and caused severe pneumonia. It spread fast, attacked those with weak immune system and other infirmities, and did not respond to known treatments. That resulted in widespread deaths, especially of the aged, in Europe. Wrong treatments, excessive medication, overwhelming of medical system – such factors seem to have led to much more devastation than what the virus had intended to do.

Birth of a new variant

Viruses are made of strands of genetic material (DNA or RNA), coated with a sheath made of proteins. The coronavirus responsible for Covid-19 (called SARS-CoV-2) is an RNA virus.

The genetic material in all living beings keeps changing when it replicates for giving birth to new ones. That happens among all living beings – including viruses – and such changes are called genetic mutations. While these result in formation of new varieties or new types of living beings, they also result in genetic complications.

It is natural that when the genetic make-up of a living being is small, and the organism breeds fast (e.g. a virus), the likelihood of many mutations happening in a small time-span is much greater than in those with big genetic make-up and slow breeding (e.g. humans and other big animals). In living beings such as viruses, trillions of births can happen and thousands of generations can pass within a short time, say a year. That is as much as a million years for the human race. In this time span, thousands of mutations occur, and many new types of viruses arise with many properties different from the original parent. Such different types are called variants.

In the case of SARS-CoV-2, thousands of mutants have been profiled, thanks to a worldwide network of institutions working in this area. Most of them are of no epidemiological consequence. Again, most of the mutants might perish as they are not able to breed fast – and thus reach a critical mass – due to competition from other variants and many other factors.

Among mutants that differ significantly from others, only a few get the notoriety as variants of concern (VOC). Such variants cause concern due to greater transmissibility and/or severe health problems. It is these variants that have the potential to create new waves of Covid-19.

After a lot of experimentation, some sort of consensus has been reached for naming different variants. Based on the prominence given to different characteristics (e.g. type of mutation at molecular level, spread, sequence of origin, and epidemiological significance of the variant), a couple of naming patterns have been developed.

As a layman, it should suffice if we can decipher the meanings and significance of the names that circulate in the media and social media and cause confusion.

According to one method of naming, the variants are named alphabetically, the first letter telling the main lineage and the following numbers telling different versions with mutational diversity. Right now, mutants starting with B are prevalent, and some variants with C and P initials also are in existence. The most widespread variant right now is B.1.1.529.

Then what are Delta and Omicron? Are they surnames of sort?

There is another way to name the variants – to make them more easily identifiable for humans than sheer alphabets and numbers. So, the variants are named according to the Greek alphabet. Instead of Ay, Bee, Cee, etc in Latin/ English, Greek alphabet has Alpha, Beta, Gamma, Delta, Mu, Omicron, etc.

When we talk of Omicron variant, we refer to a large number of sub-variants. For example, B.1.1.529 – quoted above – and very closely related versions (not separate variants) are called Omicron. Besides this, its two sub-variants of Omicron that are currently spreading fast in East Asian countries are BA.1.1.2 and BA.1.1.3.

Right now, five main variants – Omicron, Delta, Alpha, Beta, Gamma – are variants of concern (VOC). Delta was first seen in India in May 2021, and 43 lakh Delta infections have been recorded so far. Omicron was first reported in November 2021 in South Africa, and 29 lakh Omicron infections have so far been recorded worldwide. Alpha, Beta and Gamma variants seem to be on decline.

In India, the first variants to attack included Alpha and Beta. Delta variant proved to be devastating and caused the second wave. At present, Omicron variant is prevalent. The Delta variant led to severe symptom and need for Oxygen because it spread fast to lungs and badly impaired their functioning. Luckily, the Omicron variant affects the upper respiratory tract – mainly throat – and is therefore much less severe/ deadly. However, it can spread faster partly because it causes  coughing.

XE, which was first noticed in the UK in January this year, is a recombinant variant that seems to have originated when the same individual was infected by two versions (BA.1 and BA.2) of the Omicron variant. So, essentially, XE is Omicron. It is slightly more transmissible than BA.2 variant of Omicron; otherwise, it is not more severe than other versions of Omicron.

There are many more major variants in circulation, but WHO calls them variants of interest (VOI); these are closely observed for transmissibility and other traits, and nations are alerted if they turn into variants of concern.

Will Covid-19 stay with us for long?

There is a great probability that among the new mutants that keep taking birth, most will be of moderate severity.

In general, the more lethal variants tend to become endemic while less severe variants manage to keep spreading far and wide, especially because there is less vigilance against the virus (as is currently happening with the Omicron variant).

Covid-19 has shown that new variants differ not only in genetic and pathological senses, they also differ in the way they can spread. While the initial variants were reported to be spreading more with droplets that settled on objects and spread to others with physical contact, Omicron seems to be more airborne because the infected person often coughs a lot. By the time the population adopts a new preventive approach (that too is followed only by a fraction of the population), the virus has already spread widely.

Viruses tend to remain in host populations for a very long time, and SARS-CoV-2 virus will remain in a big way in human population because it has spread to almost all parts of the globe. This huge reservoir is unlikely to dissipate any time soon. If some factors favour it (e.g. loss of immunity among humans due to climatic or other reasons, a very favourable mutation in the virus, etc), there might be sudden outbreak of the disease – and that can happen locally, regionally or globally. That might lead to new waves of Covid-19; the waves may or may not be wide-spread or serious.

A ‘zero tolerance’ approach as is presently adopted by China can theoretically stop the progression of Covid-19, but that is not a practical (and probably a desirable) way to combat a viral epidemic. It requires enormous resources and causes hardship to a large number of people, but it still leaves the population as vulnerable to future attacks as before. Besides, only dictatorial rulers – China, North Korea and a few more – can even think of imposing severe restrictions that are required for implementing a zero-infection regime.

Do vaccines work against new variants?

Vaccines do work against new variants, but their efficacy is likely to go down over time. Depending on the way the vaccine was developed and other factors, some vaccines may have broader protection against variants, while others may be effective only against closely related variants.

It has been scientifically documented that during Delta and Omicron predominant periods, earlier receipt of vaccine doses has significantly reduced the need for hospitalization. In some cases, vaccination is understood to have reduced spread of the disease through herd immunity.

Considering the likely progression of Covid-19, booster doses might become a long-term necessity for prevention of infection as well as moderating the impact of the infection. These doses will have to be modified over time for inducing immunity against new variants.

So, Covid-19 is not going to go away, and in the long run, humans will have to live with Covid-19 the same way as they live with the common cold.

COVID Variants: What You Should Know

The Science and Myths Behind Covid-19 Mutations