चलते-चलते I watch women cricket, and you? 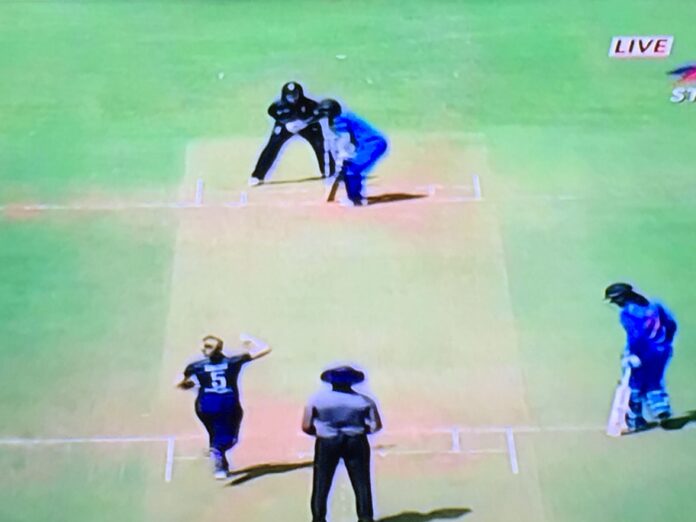 On a day, when India loses five match ODI series to Australia, there are any number of reasons for avid cricket fans to switch to the feminine version of the game, argues Sudhirendar Sharma*

After almost a lifetime of following cricket, first on radio and later on television, I have switched on to watching women cricket in the last couple of years. While I have started skipping few of the men’s matches, I try not to miss any international match that features our young girls. While my friends and family wonder at my new-found obsession, I have compelling reason for shifting my alliance from the men’s world of cricket. The turning point of my cricket-watching career must not remain unsaid.

When asked by a reporter ‘who her favourite men’s cricketer was’, the world’s leading run scorer and India’s captain Mithali Raj had responded, ‘do you ask the same question to a male cricketer? do you ask them who their favourite female cricketer is?’ Emphatic! Confident! Bravo! It not only signaled the coming of age of women cricket in India, but the sheer confidence with these words were hurled had left the scribe speechless. Nothing more was needed for me to back our own girls in the game.

Mithali, Harmanpreet, Smrithi and Jhoolan are some of the household names, their batting and bowling is doing most of the talking though! Mithali has the world’s highest 6,700 runs on one-day games; Jhulan’s 271 wickets are the most in the same format; Harmanpreet is the first woman to score a century in T20 cricket; and Smrithi has been the ICC Cricketer of the Year for 2018. Given their grit and determination, more records will be theirs in the years ahead. Mark my words, these girls are making themselves count on world cricket circuit.

For those who still imagine that women cricket isn’t as exciting should get that impression corrected at the earliest. Harmanpreet’s 171 not out against Australia in the ICC Women’s World Cup in 2017 will remain etched in cricket history like Kapil Dev’s 175 not out against Zimbabwe during 1983 Men’s World Cup. Kapil Dev had hit 16 fours and 6 sixes in his 138-balls innings. In comparison, Harmanpreet’s 171 runs in just 115 balls were studded with 20 fours and 7 huge sixes. No comparison, but it was power hitting at its best!

Women’s cricket is a sport in itself, and I agree with Mithali when she says that ‘it should not be compared to men’s cricket’. It is evolving as a game, and is building its own fan following. Although most of the current players learnt the basics of the game while playing with boys and have even been coached by men, the likes of bowler Ekta Bisht and batter Poonam Raut have edged themselves to establish their distinct identity in the game. The inspiring stories of current women players is fast attracting young talent.

Hailing from humble non-cricketing backgrounds, the girls are doing well to breach the male bastion. In fact, they have already done it to some extent. With live telecasts of most women matches now available, they are not only being watched but are attracting revenue from sponsors to keep them in the hunt. With women cricket league on IPL format in the offing in the country, the game of cricket will open a new avenue for talented girls to make it as their career option.

Women may have been cheer-leaders for men’s cricket, it is now time for men to cheer women cricketers. The sooner it is done, the better for the game. The scream for a leg-before; the call for a quick single, the holler for a catch, and the boisterous victory hugs add the missing glamour quotient to cricket. Don’t miss out!