Under the Lens World’s Most Ancient Language 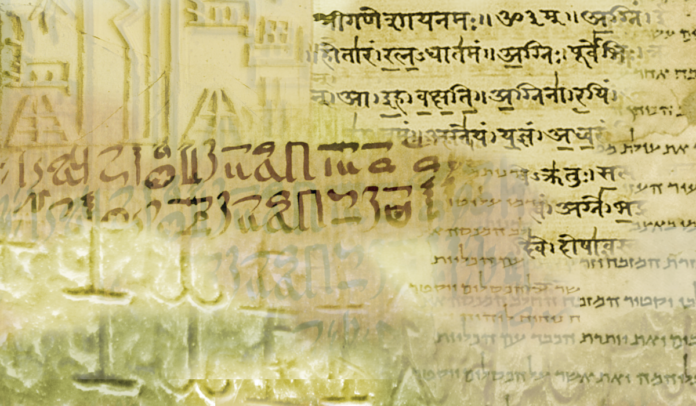 The title of this article is no less than the proverbial Pandora’s box, especially when at least some of its readers are likely to be sensitive Indian supporters of Tamil and Sanskrit.

So, let me make things clear before I take you to the journey into the [likely] history of languages. First, this article is not a scholarly article going deep into the origin of languages and other academic matters relating to linguistics. Second, I do not intend to pitch one language against the other for the sake of evoking readers’ interest. Third, nothing – almost nothing – is absolute here: Even the concepts about what constitutes a language are vague. Then, many languages and their proofs have been lost, and new proofs supporting antiquity of some of old languages keep emerging, thus challenging earlier theories.

What constitutes a language?

There are numerous ways the language has been defined. For this article, we shall consider language as a structured system of communication.

This system basically consists of symbols (vocal and/or written) used by a social group for communication. The symbols should be well understood by the members of the group. Usually, the symbols of natural languages are amenable to propagate from generation to generation, as they are adopted by children from their parents.

Natural languages are dynamic, as they keep evolving in different ways, mostly in vocabulary.

Human languages also differ from languages used by other creatures in that [possibly] only humans can create and communicate thoughts, and they can write using scripts.

Records tell half the story, or less than that

A thinker has rightly said that the study of human history is “a damn dim candle over a damn dark abyss”. That holds especially good for the history of languages. Archaeological, genetic and linguistic evidences often do not come to the same point, leading to a number of hypotheses. In recent years, technology tools are helping decipher some enigmas, but the story is still only half-known.

Let me give an example to show how difficult it is to arrive at origin of languages. Despite over two centuries of studies on the origin of Indo-European languages, there are over a dozen hypotheses, forget about a consensus. Look at the range; the time of origin ranges from 4,000 to 23,000 years ago while the place of origin is suggested to be Central Europe, the Balkan region and even India.

It is widely agreed that humans (Homo sapiens) started communicating with sign languages, body movements and voice in their early evolutionary stage itself. Socialization would not have been possible without development of a complicated system of communication, as compared to what is/was used by other animals and pre-human primates.

Over time, different human settlements might have evolved their own systems of communication, mostly as body language and spoken language.

The earliest initiation of a communication system that was different from the one used by the great apes is believed to have developed in pre-humans. This seemed to have happened between 2.3 and 1 million years ago. However, a sort of language is believed to have taken shape much later.

Some researchers reckon that the ability to produce complex speech developed in humans 50,000 years ago, which was enough for creation of languages. A less-accepted ‘common origin’ theory says, humans could communicate through a sort of language (Proto-Human language) even 1,00,000-2,00,000 years back.

A group of language researchers also believe that human linguistic abilities did not evolve gradually, but developed suddenly due to a genetic mutation.

Since it is nearly impossible to find archaeological evidence for spoken languages, even if they were quite evolved, there can only be speculation based on their mention in the earliest written languages.

Phonology (=the way sounds make sense in a language) and grammar developed as the language became more mature. These could even evolve before the language assumed a standard written form.

Languages have usually self-perpetuated, driven by social and cultural interactions and trade. Intermixing due to distant trade and seclusion due to rejection of a language, cultural dominations and wars also played a role in organic growth, propagation and death of languages.

Some of these factors might have played a decisive role in evolution of certain languages. About the spread of Indo-European languages, two conflicting theories hold that it might have happened due to conquest of distant lands by a particular set of rulers or alternatively through spread of agriculture.

In the evolution of languages to date, most of the present-day languages (nearly 7,000), seem  to have arisen from a few parent languages, called the proto-language. Most of the prominent languages are parts of large language family trees.

The biggest language family in the world is Indo-European. One of the two competing mainstream theories about the origin of this family of languages is that these originated around the Black Sea about 5,000-6,000 years ago. The second prominent theory says, it arose in Anatolia (=Asia Minor, Turkey) some 8,000-9,500 years back.

Available evidences of written languages show that writing started around 6,000 years ago (~3,400 BCE) independently in Sumerian and Egyptian civilizations.

A piece of pottery discovered in China with numbers written on it suggests that a form of written language was prevalent in that part of the globe 6,000-7,000 years ago. So, as of now, it is the best contender for the crown of the oldest written language known to us.

It is also argued that Proto-Afro-Asiatic was the oldest language – a  grand-grand-parent of Indo-European – and was in use about 15,000 years back. In fact, it is also proposed that early humans that migrated from Africa to Europe and Asia had a communication system good enough to be called a language even 50,000-70,000 years back.

No literature or inscriptions in the languages before about 10,000 years ago have been discovered so far. Among the languages in which literature, religious scriptures, seal and inscriptions have been unearthed, the most ancient ones include Egyptian, Sumerian, Tamil, Greek (Mycenaean Greek), Chinese, Sanskrit, Aramaic (Ancient Aramaic) and Hebrew, and most have their special characteristics and reasons to claim being the oldest.

Two Indian languages, Sanskrit and Tamil, are, without doubt, among the most ancient languages in the world. There are many more, but let us discuss these two only.  They have their own history – only part of which can be proved – and they have mingled with each other for ages. They both have literature that ravels the literature available in the richest non-Indian languages.

I will give only a glimpse of the commonly accepted hypotheses about both these languages. I urge ardent votaries of both the languages – and I know there are lakhs of them on both sides, and some tend to become very touchy – to try to appreciate the greatness of the other language and appreciate that both together have contributed eminently to the creation and spread of wisdom in the Indian sub-continent and beyond.

Sanskrit has had an interesting journey. Except for a short period, it was not a language of the masses but, for ages, had an exalted position for being used in religious scriptures and scholarly treatises. More interesting is the fact that before the first documents were formally composed in Sanskrit, the language was already a thousand years old as a spoken language, a language in which verses were memorized and passed on to others without being written down – and scholars have found that the verses did not corrupt even after many renditions. Sanskrit also changed its script as it moved on: from Brahmi to Nagri and Devnagri.

There are many hypotheses on the origin of Sanskrit and its family of  languages. One of the most accepted theories is that it originated from a proto-Indo-European language that existed in Eastern Europe or Asia Minor. As the population migrated north and east, it branched into newer languages including Indo-Iranian and then Indo-Aryan languages. There are also those who believe in a more eastern origin of Sanskrit and discard Aryan civilization bringing Sanskrit or its immediate parent into India. Such theories are based on comparison of different languages and have no direct evidence – thus are subject to significant changes as our understanding of ancient languages improves in future.

Sanskrit followed strict rules of grammar, and as it evolved into Classial, Sanskrit remained a prominent literary language for nearly two millennia. This form of Sanskrit is supposed to be contemporary of Old Tamil, and both the languages adopted each other’s features and vocabulary.

Tamil is one of the most ancient languages of the world, and a language that has remained a people’s language over millennia.

The earliest archaeological finds in Tamil are inscriptions that date back to 3rd century BC. Around that time, three literary gatherings resulted in what is called Sangam literature.

Small inscriptions in Old Tamil (from which the present-day Tamil originated) have been found, and one among them belongs to 905 BC.

Tamil is supposed to have descended from proto-Dravidian, a proto-language written in Tamil-Brahmi script. The Old Tamil gave rise to Middle Tamil. Modern Tamil seems to have evolved from it 13th century AD onwards.

So, which is the oldest language?

It is amusing to learn that the French Academy of Sciences had in 1866 banned publication of papers on the origin of human languages. Perhaps too much speculation without verifiable proofs was the reason they did so.

You would agree that the search for the earliest language is as fascinating as other aspects of human evolution, but there is nothing like the oldest language. Languages arose as humans evolved. Some died while others gave rise to new languages. In their journey, all languages borrowed vocabulary and ideas from many other languages and cultures, thus evolving rather than just expanding.

We can legitimately feel proud of our heritage, especially if a particular language has been a part of it. However, let the prize for being the most ancient language go to a proto-language that was so basic that we won’t feel proud to call it our heritage as against other people’s heritage.