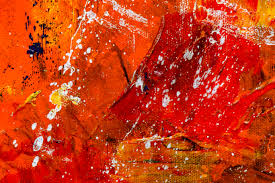 Rise of the right-wing has stimulated a new churn amongst the liberals in India. Some have tried to introspect and have taken a more adjusting stance and are willing to re-examine the ‘mistakes’ of the liberal thought. They seem to have made a genuine attempt to appreciate the grievances (perceived or otherwise) of the majority which have been so adroitly used to fuel the right-wing onslaught. Some, on the other hand, have adopted more confrontationist stance with a more solid grounding in the infallibility of the basic tenets of liberal thought, more so, an anger against (what they think) the vicious, inexcusable rampage of the right wing. Vishakh Rathi’s piece is a gentle reaction to an article by Yogendra Yadav in ‘The Print’ in which he thought Yogendra has failed to mention the victimhood stance of majority. He agrees that there is a need for introspection but he is not ready to give ground to search for balance by liberal response in the face of blatantly unprincipled adversary. Raag Delhi recognizes the need for multipronged scholarship on the dangers and remedies of right-wing politics. Given its commitment to provide a platform to the liberal churning in these difficult times, Raag Delhi is happy to present Vishakh Rathi’s take on this ongoing debate.

I have always admired Yogendra Yadav’s writings and his way of articulating things. He has masterful control over his emotions and his language, and his arguments are supported with solid facts and thoughtful deliberations. He is one of the few commentators whose columns are essential reading for anyone interested in a wide variety of issues that need the attention of civil society.

In recent times Yogendra has been consistently speaking and writing about the crisis that faces civil-society which still believes in secular politics. The arguments he has made in a thought-provoking piece published in The Print have stirred a debate on social media. I find myself agreeing with most of the arguments made in the article, but there is something missing that bothers me. Maybe he did not feel the need to spell it out, or maybe he has a completely different take on it. It’s a small point, but still important in my estimation. It might well have averted the controversy that it has generated.  I will come to them a little later.

Yogendra is right when he says that most Indian liberals refused to “learn or speak the language of our religions”, and that they “chose to mock Hinduism instead of developing a new interpretation of Hinduism suitable for our times”. (As an aside, I sometimes think if this sounds dangerously close to the definition of ‘pseudo-secularism’, as coined by LK Advani — the man who single-handedly did more damage to the idea of India than arguably anyone else in the pantheon of right-wing political leaders).

The liberal elite has indeed been guilty of looking condescendingly at the average Indian whose life and everyday practices are deeply shaped by religion. Many commentators have pointed at this anomaly or paradox because a number of liberals profess deep respect and admiration for Mahatma Gandhi – the greatest Sanatani Hindu of the 20th Century.

Yogendra has also been writing and speaking about the liberal elite’s failure to recognise the importance of communicating in an idiom and language that the common people of this country can relate to. There is no quarrel with the need to learn English — unfortunately not knowing it can be a major disadvantage and handicap for anyone seeking advancement in their life and career. However, most people who eventually do gain some level of proficiency in the language, rarely have the skill, inclination or even desire to think or articulate themselves in English. Therefore, when “the secular elite talked down to its critics in English”, it naturally created resentment among those who were being talked down.

The Right, on the other hand, never lost touch with the language and traditions of our country. This in itself would have been laudable, were it not for the hidden Sangh agenda behind it. The Sangh since its inception has been attempting to homogenize different cultural and religious identities under the unified umbrella of a perceived Hindu(tva) identity. The project is still underway but they are succeeding. Anyone who speaks to people in a language that they understand is more likely to succeed in conveying their message, than those who can’t or refuse to.

The liberal elite has for long nurtured a disdain for all things religious and ritualistic. Consequently, far from trying to counter the Sangh’s agenda, it was dismissed as being the handiwork of a fringe. There was some comfort drawn from a perceived innately secular world-view of an ordinary Indian, and so there was no urgency in working out a meaningful cultural or social response to it.

The Sufi and Bhakti reformist traditions that took root roughly in the 15th century understood and tried to counter regressive practices in Hinduism and Islam, from within. The liberal elite because of their scornful attitude towards religion, firstly did not understand what they were dealing with, and later when they drafted their response, they did it callously, hoping that by riding on these ancient reformist traditions, they would be able to counter the medievalist project of the RSS. They refused to recognise that the landscape had completely changed.

Globalization and the change that it brought in the political economy was accompanied by huge shifts in the cultural landscape. As an ‘MTV culture’ started taking hold over the youth, the slightly older generation of Indians felt a need to rediscover their cultural moorings. Social scientists like Ashis Nandy recognised this trend, and have written and spoken about it often.

The RSS realised that it was the right time to promote large scale celebration of religious events, public display of religiosity became a thing, innumerous Babas and Gurus sprang up from nowhere, and the satellite TV revolution offered spirituality on the remote. The liberal elite either scoffed at the Indians who lapped up this pop-spirituality, or recoiled in horror.

Because of a limited understanding of traditions and customs, the cultural and political response too was also grossly inadequate. The response emanated either from atheistic beliefs or from romantic notions of the Sufi and Bhakti movement. Gradually all religious and cultural practices automatically came to be viewed as regressive by the liberal elite.

Sufi music concerts organised by well-meaning organisations and committed individuals imparted at best a one-sided understanding of our religiosity. It was so wonderful after all, so all-embracing. It was easy on the pocket, there was no need to visit temples or dargahs and spend money — after all God resided in the hearts of true believers. To top it all there was no need to subject oneself to any sort of regimen. Those attending could not for the life of them figure out why the masses would not run and embrace non-ritualistic, non-idolatry practices of worship. Except that they did not realise that they were putting the believers in their own shoes, rather than the other way round, as it should have been.

This disdain for all things popular extended to everything from Bollywood to the local Kavi-sammelans. The liberal elite sneered at the ‘low-brow’ artistic merit of these immensely powerful and popular mediums. Why did a country which produced poets of the masses like Nazir Akbarabadi and Kabir, give up on the possibility of discovering someone of that calibre in a local Mushaira?

The Tarkovsky and Godard worshipping cine-goers sneered at Bollywood films, and instead of being a Truffaut to Hitchcock, papers were written on the ‘absurdity’ of song and dance sequences in films. (Later some people did indeed make attempts to interpret the art of Bimal Roy, Guru Dutt, Chetan Anand, Hrishikesh Mukherjee and even Manmohan Desai along with some other popular film-personalities). Why was no Jnanpeeth conferred on a Sahir Ludhiyanvi or a Shailendra? Why were no attempts made to find a common ground, which could have informed and enriched ‘popular’ as well as ‘serious’ art?

So the “battle of ideas among the people” was ‘fought’ in charmed circles of an ‘enlightened’ few, where the echoes were mistaken as cheers from the vast multitude.

So Yogendra is absolutely right — there is a need for introspection amongst the secular liberal elite. However, in conclusion, let me come to what I consider the ‘missing’ part of his column.

Firstly, while secular ideology “failed to distinguish itself from knee-jerk pro-minorityism” it also seems to have forgotten to loudly and vociferously speak-up against majority victimhood.

There is absolutely no reason for the Hindus to feel, that despite having a 79% majority, their concerns don’t get the attention they deserve. Or to feel threatened at the most minor of concessions extended towards minorities (real or perceived). This grudge has been nurtured for decades together, and even after six years of the BJP Government, the narrative that Hindus get a raw deal continues unabated. The liberal response has not countered these falsities strongly enough.

Secondly, the liberal elite voice did lose its credibility in the eyes of ordinary Hindus by learning “to turn a blind eye to minority communalism”, but majoritarianism has also managed to bully much of public discourse into the gutter at worst, or playing a game of both-sidism at best. Some so-called News Channels have not only contributed to this fall, but have in fact actively pushed it. Many columnists and commentators have gone to great lengths to try and present a ‘balanced’ viewpoint — when in fact transgressions have been so shameful that calling them out on their own should have been the easiest thing to do.

So again, introspection, yes. Even a bit of painful self-flagellation may be. But no turning a blind eye, and no cowardliness.

A spade must always be called a spade.

Mumbai-based Vishakh Rathi is a media professional with over two decades’ experience. He was formerly associated with news (Headlines Today, CNN-IBN) as well as non-news channels (Star TV) besides various reputed production houses. Presently, freelancing as a communication consultant for some NGOs. he has also been doing story development assignments for web-series based on factual events. He can be contacted at vishakhrathi@gmail.com

BOOK REVIEW : A RUDE LIFE – THE MEMOIR BY VIR SANGHVI

HOLY IS THE COW: HOLIER THAN THOU