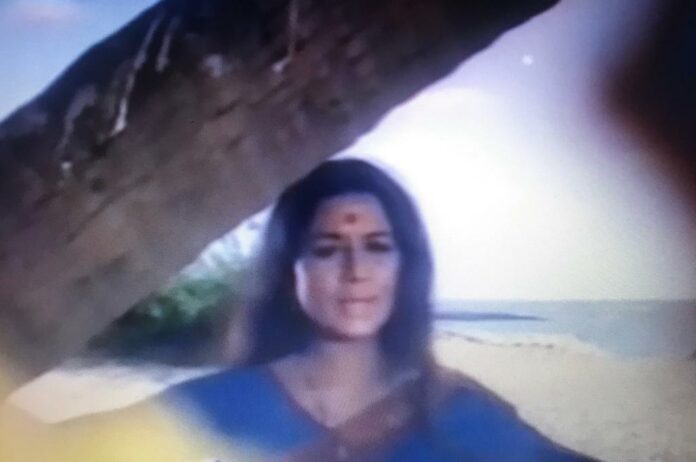 Bollywood songs have long lasting impact, casting unbelievable and often magical impact on listeners. It does what perhaps no other form of art does. I still find people being moved by songs, lost in their own world of emotive solitude. It is so because songs recreate and articulate emotions that we often find difficult to put out in words.

With so many melodies on offer, music has become a way for wading through multitudes of challenges in life. We should be indebted to lyricists and composers for capturing many moods of human existence in Bollywood songs, and for enriching our lives through them.

No wonder, most music shows and private performances echo the rich repository of songs from the last millennia (mostly 60s through 80s). Whether music got the better of lyrics or otherwise will remain a matter of subjective enquiry, but the magic of musical composition lingers.

Lata Mangeshkar-Mukesh memorable song एक प्यार का नगमा है मौजों की रवानी है from 1972 movie ‘Shor’ shot into fame (yet again) as a street-singer at Ranaghat railway station (West Bengal) attained stardom for being offered a singing assignment following her heartfelt recreation of the melody. In a sense, that is the magic of music bestowing its fortunes on ordinary souls. Good luck to Ranu Mondal!

One of my friends has sought my interpretation of this song, dissecting the ‘why’ if its longevity and perhaps a shot on its lyrics and music.

This Santosh Anand-Laxmikant Pyarelal (LP) composition belongs to the era when family ties reigned supreme in cinema scripts, and when walking out of theaters with tear-filled eyes was more of a norm than exception. And, no one ever complained. In fact, it helped in releasing stress that gets accumulated with deleterious effect in today’s world.

Composed on raag Kalyan, this is rather a loud composition by LP, who were known for letting their percussions do much of the talking. Nonetheless, this composition, like hundreds of their others, endures for being what it is. I must credit the composers for creating a song that has sustained popularity on its own merit. You can easily avoid watching its rather shoddy screen adaptation.

One reason for songs of that era to persist in our lives has to do with the induction of ‘दर्शन’ (philosophy) through simplified words. In simple words – कुछ पाकर खोना है कुछ खोकर पाना है जीवन का मतलब तो आना और जाना है, दो पल के जीवन से इक उम्र चुरानी है – the profound message of life gets conveyed. One couldn’t have asked for a better deal from songs.

One need not visit sages (or gurus) to learn the basics of life’s messages. Just pick the right number to fill the philosophical void in your life.