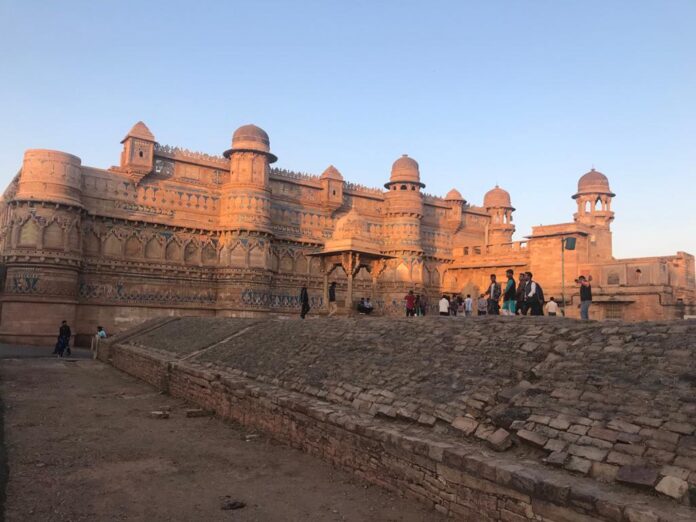 COVID-19 has affected the global economy adversely in every sector including tourism .The rapid spread of coronavirus crippled domestic and trade activities, and disrupted routine activities of many nations bringing their economies to a halt.  India is no exception and suffering a lot even after three months of  unlocking the lockdown.

Tourism sector is considered as one of the biggest and quickly flourishing industries.  India has many numbers of such destinations for both domestic and international travellers contributing significant revenue to the country’s economy. This sector also provides employment to millions of people and rakes in huge profit. Based on the annual economic impact data during a seven year years period (2011-17), across four main indicators – total contribution to GDP, visitor exports (international tourism spend), domestic spending and capital investment, the World Travel & Tourism Council (WTTC) report had placed India 3rd among 185 countries in the new ‘Power ranking’ in 2018. In terms of International Tourist Arrivals(ITA), India stands at 22nd rank in the world with 10.56 million foreign tourist arrivals in the country in 2018.

With the onset of Covid -19, tourism industry suffered to a large extent with huge revenue losses. The income of small homestays, bread and breakfasts and small hotel operators received a major jolt. Thousands of industrious families earning their livelihood from the tourism sector, are facing unprecedented hardships. The tourism industry  is being seen among the first to be affected, and the last to recover during such health crisis.

There is a pressing need of an effective intervention of the government at Centre and State level to give some relief to the tourism sector. It is high time is to chalk out  a viable action-plan to lend a helping hand to tourism sector to ensure its survival in these difficult times and to prepare for competing globally as soon as the pandemic abates. Needless to say that for tourism and hospitality sector, it is no longer going to be business as usual too soon and government should intervene by giving constructive support to entirely redefine the tourism sector.

For example, the focus of international tour operators so far was on crowded destinations (like Golden triangle cities, popular Beaches, religious places like Dharamshala and Varanasi etc). It should shift to less crowded destinations and for this, governments (Centre and States) should help build the basic infrastructure on war-footing basis. New destinations should be identified even in smaller towns and rural areas and they should be made accessible by providing viable road and rail connectivity and even small airports in nearby towns. The resorts can be built by the government and should be given on short term leases to the willing and experienced hospitality managers. The spends on this sector will also spur the economic activity and will help revive the country’s economy in long term.

The government and the stakeholders should use the adverse situation arisen out of Covid-19 as an opportunity to completely revamp and reshape the tourism sector. They should work on some innovative ideas to ensure long term gains for the sector. There has been some talk about developing the rural tourism but not much so far seems to have been done. There is need to take the rural tourism more seriously and pump in more and more resources in it.

It has been noticed that a large number of tourists from Europe and US take a lot of interest in the Indian way of life especially in the rural areas. We should make the best of our much celebrated diversity in the country and should identify the areas which we can showcase to the foreign tourists.

Needless to say that we will need to adopt a holistic plan which would include development of facilities, connectivity and ensuring safety of the tourists. The law and order situation in various parts of the country does not invoke confidence in the potential tourists and therefore they would need to be reassured about their general well-being and safety during their stay in the country. If we take a holistic approach and cover every related aspect, then it would not be difficult to showcase our handloom and handicraft traditions, farming practices, jungle walks, culinary practices and scores of such things which are in practice from ancient times to the foreign  tourists.

In nutshell, if the government shows the will to adopt a all-inclusive approach, it would benefit not only the tourism sector but will help revive the handicraft and handloom sector which is already under stress, develop rural economy and help tribal and marginalised population.

*Vijay Singh till recently was engaged with the government media and has worked in senior positions in various media units of Ministry of I&B. He is an independent journalist now.