अध्यात्म The First Step of Yoga 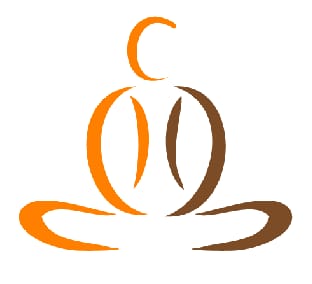 Yoga! Mention the word and it is likely that what comes to mind first, are the images of people practising Asanas and Pranayama.

Yoga is perhaps the most popular intellectual global export of India in recent times. Today, along with words like Karma, Mantra and Guru, Yoga has become a common usage in the universal vocabulary, and a practice with millions of followers worldwide. Needless to say that it is also a multi-million dollar industry globally and now, a day marked on the international calendar of the UN.

With popularisation, often comes simplification or an adaptation of the original. However, in the case of Yoga, there has been a cost far greater, that of selective magnification. What has gained popular currency in the name of Yoga are merely its simplest and arguably the less important aspects, a set of physical postures and breathing exercises. These have immense benefits undoubtedly, but do not in isolation deserve to be called Yoga. Admittedly, many know of its other aspects, like ‘dhyana’ and samadhi’, and it is not rare to find an advanced practitioner or the knowledgeable person who knows of all its limbs. However, throw up the  question – what is Yoga – and few would readily answer that it is one of the six Vedic philosophies, the Shaddarshana, and essentially to the spiritually inclined, an approach to life and the self.

Yoga in the Vedas

There are many references to term Yoga in the Vedas. One of them, “Yogashchittavrittinirodhah”[i] defines it as the withdrawal of one’s mind from all distractions and evil, and a focus on the sublime to attain salvation. Yoga has two goals, Paramarthika or the spiritual and Vyavaharika or the practical.[ii]

Patanjali’s Yoga, is not the only approach to the subject in the Indian thought, which has at least seven major schools of Yoga. These are, 1. Samkhya Yoga (Jnana Yoga) or the Yoga of knowledge, 2. Karma Yoga or the Yoga of action, 3. Bhakti Yoga or the Yoga of devotion, 4. Mantra Yoga, that uses internal chanting 5. Laya Yoga that focuses on immersive meditation with the audible or internalised sound of Om, 6. Hatha Yoga (Kundalini Yoga), with primary emphasis on posture, finger positions, breath control, cosmic sound etc. and 7. Raja Yoga or Ashtanga Yoga, the eightfold path expounded in the Yogasutras by Patanjali.[iii] Of the seven schools, the last has come to be almost synonymous with Yoga in popular imagination and practice.

What is Patanjali’s Yoga all about? More importantly, what can we, as individuals, groups and nations learn from it?

A compilation of 194 sutras by Patanjali comprise the Yogadarshana or the Philosophy of Yoga. Patanjali’s Yoga is ‘ashtanga’ or eightfold, and its eight limbs are, Yama (Social Discipline), Niyama (Personal Discipline), Asana (Body Postures), Pranayama (The Control of Breathing or Energy), Pratyahara (Control of the Senses), Dharana (Concentration), Dhyana (Meditation or Contemplation) and Samadhi (Communion with the Divine).[iv] Of these, the first five are called the Bahiranga (external) Yoga and the last three are known as the Antaranag (internal) Yoga.[v]

To my mind, the key to Yoga lies in the order of its eight limbs. Patanjali, the master, must have given due thought to the order. The first limb of Yoga or the first set of rules for Yoga for a practitioner are the Yamas. There are five Yamas in all, Ahimsa (Non-violence), Satya (Truthfulness), Asteya (Not Stealing), Brahmacharya (Sexual or Sensory Restraint), and Aprigraha (Non-Covetousness). Interestingly, these also form the Pancha-Mahavrata of Jainism and find a resonance in the ethical instructions of Buddhism and other religions.

For now, let us look at the very first tenet of Yoga, its first Yama or ethical guidance, Ahimsa. Such is the importance given to it that Yogasutra mentions eighty-one forms of Ahimsa, with three main forms. Himsa or violence is mainly of three types, krit, kaarit, anumodit, violence committed directly, caused through another, or approved of through acts of omission and commission. The first step towards the practice of Yoga therefore, is the observance of the first Yama, Ahimsa or non-violence, in its three main forms – krit, karit, anumodit or direct, indirected and approved, and at three levels – manasa, vacha, karmana or in thought, action and deed.

I dare not call myself even a basic practitioner of Yoga, and shall never make for one good enough, but as I aspire to take my first step in Yoga, I cast my sight inwards and pray, “Let me, this day, be non-violent, directly, indirectly or through approval; in thought, word and deed!”

That is the message of Yoga, most needed today, for us as individuals, communities and nations.

Mention the word Yoga, and henceforth may we all think of ‘Ahimsa’.

Jitendra Ramprakash is a theorist whose work focuses on the inter-disciplinary Philosophy of creativity. His other interests include aesthetics and the Indian Philosophies, and has co-edited the book, ‘Arya Samaj and the Vedic Worldview’. A former television-presenter and professor, he also set up Asia’s first ‘Poetry Film Festival’, introduced sign-language poetry-films to India and has produced albums of poetry recordings by some senior Indian poets. These days, he manages a rural school and earns his living through part-time voicing.