Under the Lens Do we use only 10% of our brain? 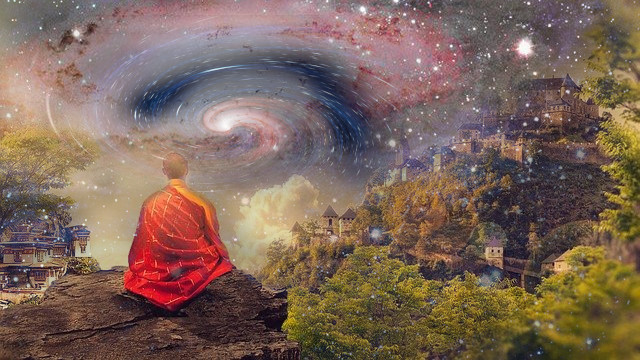 A notion is widespread that humans use only ten percent of their brain power, and the brain can achieve unimaginable levels of wonders if one could use it to the full. In the west, sci-fi fiction and films and in India, those selling secrets to reveal and tap enormous brain power through special meditative and yogic actions added to this assumption. Numerous videos can be seen on YouTube and other video-sharing platforms, which claim to get you huge enhancement in brain power because you are using just 10% of it.

In a 2013 survey in the US, 65% of respondents went with the statement that “People only use 10 percent of their brain on a daily basis.”

Let me at the outset declare that the humans using only 10% of their brain is not correct in the sense it is stated. Yet, there are nuances that we need to understand regarding the capacity of the human brain before we make a firm opinion.

A normal human brain perhaps (because the estimates keep changing) contains 86 billion neurons and nearly the same number of other cells.

Neurons are special cells, very long in size and customized for fast transmission of messages within the brain and between the brain and different organs. Most neural messages are transmitted in the form of extremely short electric impulses. Special biochemicals also play a role in the functioning of the brain and nerves and communication of messages within the body. The slowest messages among neurons are known to travel at the speed of about 400 km per hour, which is stupendous considering the dimensions of our body. The storage space for data in our brains is supposed to be equal to 2500 TB (terabytes) of computer data.

The human brain weighs only 2% of the body but consumes 20% energy. It also uses almost the same proportion of critical resources (oxygen and blood supply). As an organ constantly firing electric impulses, it can generate 23 watts of power, enough to light 4 LED bulbs of 6 watt each!

Science calls the 10% brain use concept a myth

Scientists give a number of convincing arguments, some with solid research backing, to assert that humans use their brain to the maximum possible extent. Their arguments and evidences go like this:

A. If the brain were to be used only 10%, why would it evolve to the present size? In no other case does evolution result in such huge wastefulness. It is also unlikely because the brain is metabolically very expensive as it consumes a lot of energy. In fact, if the human brain was normally usable only 10% of its capacity,  humans would be extinct long back.

Intentional redundancies are found in evolved animals, in not only simple-looking body parts (there are five fingers in our hands while three would be equally good) but also complex internal organs such as heart and brain – but to some extent only.

B. Extensive damage to the brain leads to impairment of many nervous functions, which would not happen if only a fraction of the brain were in use.

A counter-argument to insist that the brain is only fractionally utilised is that the normal human brain can do all usual activities when a brain injury takes place. It is true that even after damage to the brain due to a minor injury or disease, people are able to live a normal life. Scientists say, this happens due to ‘plasticity’ of the brain: normal neurons have the capacity to take over the lost neurons’ functions, though to a limited extent.

I take the liberty to quote from an OECD article as it nicely explains the concept:  The brain is extremely good in compensation. Other nerve cells are able to take over the tasks of damaged nerve cells, like in a soccer game: If one player gets the red card, the other players take over his role and compensate for his absence. Thereby the team probably might not play as well as before, but it can still play and go for goals. It might also look as if the player with the red card (or the damaged part of the brain respectively) actually was not used at all. But it would be unwise to conclude from a compensated function that we only need 90% of our soccer players or 10% of our brain.

C. Detailed studies on brain anatomy, physiology and neurology have not found any region of the brain to be deliberately dormant. Functional magnetic resonance imaging (fMRI) and other sophisticated techniques can now measure activity in the brain very precisely. With their help, it is found that the brain is fully active when we rest or do simple tasks, and 60% of it is active even during REM (rapid eye movement) sleep.

The myth is busted, but…

The human brain indeed is fascinating, and the truth is that humans don’t know much about the brain despite decades of research. Even the full role of glial cells, which make about 50% of the brain tissue, is not fully known. They were earlier thought of as fillers for keeping the neurons in place (hence the name: glia=glue), but now we know that they have a bigger role in the brain’s functioning.

We are not likely to see a major change in the understanding of the  biology of the human brain. However, its functions beyond interpreter of senses, regulator of organs and master of the conscious body are barely explored. The functions of the human brain (some recent studies indicate that the brain may not be the undisputed master of communications going on inside the human body) in the psychic and spiritual realm need much to be explored. In this sense, humans might not be using all the powers of the brain – because they are not capable of doing so.

In terms of computers, what I am saying is that we know a lot about the hardware in our possession, but we perhaps do not fully understand the available software. In addition, it might be possible to create new software using the existing software (and already available computer languages) that the hardware can run.

We are prone to discard possibilities that do not arise from scientific logic or evidence as unscientific. Thus, a talk of the possibility of unknown powers of the brain can look pseudo-scientific or metaphysical, but I would stick my neck out with the knowledge that even the established fields such as psychology, experiences such as dreams and consciousness, and new-found benefits of meditation and yoga – all look illogical and unscientific from a strictly biological viewpoint.