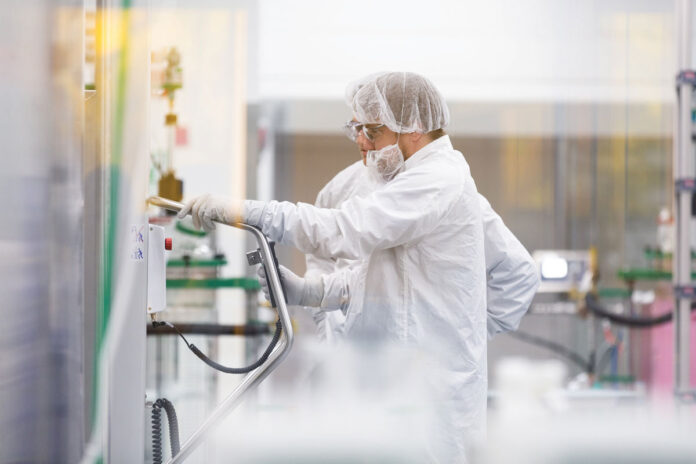 For clarity, let us start with the concept of vaccination and how vaccines are developed.

What actually is a vaccine?

Vaccine is a biological substance that, when administered to humans, activates their immune system to prepare it against the related pathogen. Vaccines are available against viral, bacterial and other infectious diseases, and many are under development.

A vaccine is prepared usually from an existing pathogen. The pathogen is either live but attenuated (=weakened) or dead. Sometimes vaccines are also produced with a part of the pathogen (e.g. viral DNA or protein) or a chemical used by the pathogen against the human body.

When someone is vaccinated, his body considers it an attack from the related pathogen and produces substances to defend itself from the vaccine. The main such defensive substance is called antibody. Though the process is highly complex, it can be said in simple terms that by fighting the vaccine, the body gets trained to defend itself from the actual infection when it happens in future. In other words, once a vaccine is administered, that person develops enough antibodies to fight the pathogen.

How are vaccines prepared?

Since the vaccine is a form of attack, it has to be safe to humans. And it must be effective so that it does not create a false sense of protection. For ensuring these (and many other) properties, a lot of research is done before vaccine development actually starts. The vaccine is then administered to small animals and after that it is tried on large animals. When a certain degree of safety and efficacy are ensured, human trials begin. Three levels of trials are usually carried out before the vaccine is submitted to an approving authority.

Usually vaccine development takes many years but in the case of COVID-19, a consensus has been reached at global level to compress the time without compromising on safety, extent of trials, data analysis, etc.

Are vaccines effective on all infectious diseases?

Theoretically, it should be possible to create vaccines against all infectious diseases. However, there are many factors that come in the way of development of vaccines and their sustained efficacy. The most important ones are as follows:

Vaccines are presently available for around 25 major diseases including polio, tetanus, flu, hepatitis A and B, rubella and measles.

Have vaccines actually proved to be successful in eliminating diseases?

Let me quote a paragraph from a Wikipedia article on vaccines because it succinctly sums up the role of vaccines in checking major diseases:

Vaccines led to the eradication of smallpox, one of the most contagious and deadly diseases in humans. Other diseases such as rubella, polio, measles, mumps, chickenpox, and typhoid are nowhere near as common as they were a hundred years ago thanks to widespread vaccination programs… Polio, which is transmitted only between humans, is targeted by an extensive eradication campaign that has seen endemic polio restricted to only parts of three countries (Afghanistan, Nigeria, and Pakistan).

WHO says that besides the inherent factors that undermine the potential of a vaccine, it is difficult to vaccinate the whole target population due to economic, logistic and social reasons. This results in sub-optimal vaccination, which frustrates the goal of decisively controlling or eradicating diseases.

Why are some people against vaccination?

A number of people do not want themselves and their children to be vaccinated. Their main arguments against vaccination are as follows.

To prove their point, people who are against vaccination show the data of vaccinated people who catch an infection. Votaries of vaccination claim that the so-called deaths or complications are not because of vaccination but other factors. They point out that anti-vaccine groups exaggerate the concerns while suppressing the benefits of vaccination. Regarding the data that is used for challenging the efficacy of vaccination, WHO has clarified that the data may be correct but the way it is presented is highly fallacious. Moreover, it is not wise to reject vaccination where there are no better alternatives to fight a disease. On the web, there are dozens of research papers disproving a causative correlation between vaccination and serious side-effects.

It is on record that when smallpox vaccine was developed, clergy and common people resisted getting vaccinated as it was seen as injecting cowpox blister into humans. The DTP vaccine was associated with some neurological disorders. It is reported that in the US, a good number of parents are scared that MMR vaccination might result in autism in their children. There are numerous other examples of people in different parts of the world resisting vaccination.

It is also reported that a large number of people get influenced by the concerns raised on the social media against vaccination. Many times, such concerns are buttressed with fake data and claims. Anti-vaccine messages seem to easily convince the fence-sitters and those with mistrust in government. Mistrust developed due to unrelated factors can also lead to resistance to vaccination. The latest case of this is that, after Russia prematurely announced commercial production of its coronavirus vaccine Sputnik, people in many countries started mocking Russian and Chinese vaccines on the social media, and such messages remained viral for quite some time.

At the end of this article, I have given link to a big pdf document that gives a hundred reasons why vaccination is more a menace than a potent medical intervention. Even if you discount much of what is said or claimed in this document, it definitely shows that everything is not unimpeachable in development, production and recommendation of vaccines by doctors.

Can vaccines be the ultimate solution against epidemics?

Epidemic (diseases that spread fast in large populations) and pandemic (epidemics that cover a large part of the globe) diseases are not like other common infections. Their pathogens breed very fast and are carried by air or water – the two most important things needed for life – or through a widespread and fast-breeding vector (e.g. an insect).

For some epidemic/ pandemic diseases, no effective preventive or curative medicine is available against the pathogen. The search for a medicine continues but if that is not forthcoming, vaccine appears as the only saviour, even if it is not 100% effective.

Vaccination promises to check the infection not only at individual level but at community level also. It is found that most epidemics result in a large number of people getting infected and developing immunity. Once a high percentage of population develops immunity, the chance of others getting infection reduces significantly. This high level of immunity in population, called herd immunity, controls further spread of the epidemic. Vaccination helps in a big way in quickly increasing the level of immunity to the level when it can act as herd immunity.

Despite hesitancy and even strong scepticism towards vaccination, the weight of evidence seems to be much in favour of vaccination. There is no doubt that vaccination has helped control of many diseases, some of which were highly prevalent earlier. Smallpox has been eliminated and polio is nearing elimination with great help from vaccination.

Even if vaccination does not guarantee 100% protection to 100% of population against a disease, it has a definite potential and role in controlling infectious diseases. If a vaccine is available from the beginning, it can stop the disease from turning an epidemic, and if it is available later on, it can help in checking further spread directly and through herd immunity.

Let it also be added here that to be highly effective and fully safe, vaccines must go through detailed trials and scrutiny. For vaccines to succeed in controlling diseases, they must be available at affordable rates and in time to the needy population.

*About the author: This article has been contributed by MK. He does not like to call himself rationalist but insists on scrutiny of apparent myths as well as what are supposed to be immutable scientific facts. Please don’t take the views of the author as the views of Raag Delhi.

From Vinod Dua to Arnab

Can an asteroid or a comet hit the earth in near future?