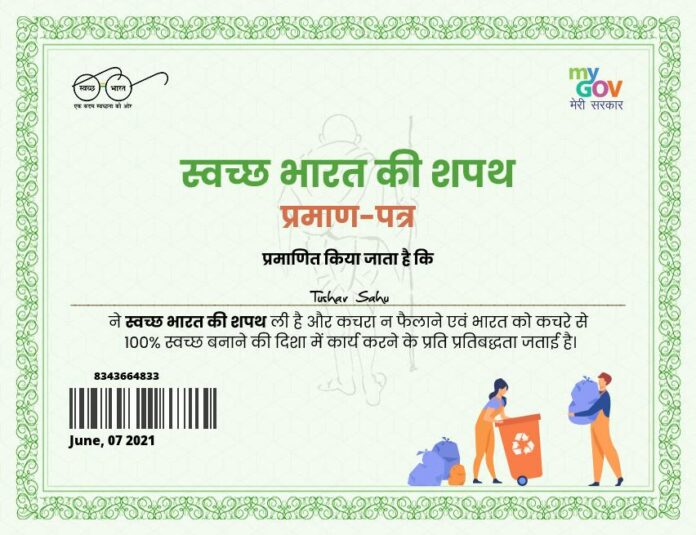 Ooh, by whom! Who else than the charismatic Pied Piper of Hamelin; nah, of India!

And look at the audacity of “don’t you know who I am” brigade. They hijacked the swachch idea and appropriated it to themselves brazenly without any qualms. Overnight, swachchta (cleanliness) became their buzz word. They started pontificating about the virtues of anti-OD (open defecation) and pro-ID (in-house defecation) like seers.

These fervent vigilantes are blissfully unaware that Indian families, albeit, those who were sentient and well off, have been practicing personal hygiene (swachchta) for thousands of years. For them swachchta continues to be a matter of Abhiman(pride),not a symbolism and a transitory Abhiyan (campaign) once every five years for the drum beaters.    `

We should have no spiteful notions about our ancestors. Don’t think they had a fascination for OD. It was a compulsion, sheer compulsion. And look at the embarrassment especially for ladies, more so for the adolescents and young brides! Millions of our ancestors living in thousands of thatched huts all over India were, and still are, far too poor to afford a private closet next to or even near their dwellings.

Rampant poverty and widespread illiteracy, however, didn’t mar the inherent desire of these naïve souls for practicing personal hygiene. Early in the morning they plucked small twigs from a Neem tree, and cleaned their teeth with it after crushing it under their strong teeth to give it the shape of a brush. It was called datun or datoon (in Hindi as well as Urdu language). Because of its antibacterial properties, the juice of this little twig disinfected their mouth while brushing the teeth. This kept their mouth swachch throughout the day.

Believe it or not, the humble datun or datoon became the precursor of the present-day toothbrush, and the scientists rejoiced. They audaciously took the credit for reinventing the wheel. But the Neem twig still holds the sway because of its inherent sanitizing juice.

For those in their seventies or eighties, whether living in villages or cities, swachchta continues to be first to godliness; not next to godliness. They don’t mind if a welcome guest is put off by some of their weird rituals.

No doubt, some rituals are, to say the least, indeed bizarre. In good old days, before the advent of LPG and PNG, even firewood was washed and dried in the sun by some families. Then only, it became swachch enough to be burned in the kitchen chulha which, too, was made swachch every morning and evening with a fresh coat of mud or dung. But hold your breath: the dung had to be of a holy cow only, not that of a bullock or a buffalo.

If firewood could be washed and dried, how could vegetables and fruit be left behind? Same was the case with condiments. Since they didn’t come in powdered form, these were also washed, dried and ground to make them swachch to enter the swachch kitchen.

Now, get ready to get a shock. Once upon a time, even salt was washed to make it swachch. Why? Because, those days, salt was sold in the form of crooked and unshapely pebbles of all shapes and size. It had to be ground at home to make its entry in the swachch kitchen.

Thankfully, that era is long gone by. But, sensitive persons of the present generation may swoon to think what will happen if the present day finely powdered iodized salt was to be washed to make it swachch.

Call it ancient wisdom, idiosyncrasy, antics or a fanatical charade, swachchta is no gimmick. The concept of swachchta is eons-old. It is a standalone legacy of India. And it will remain so. Amen!