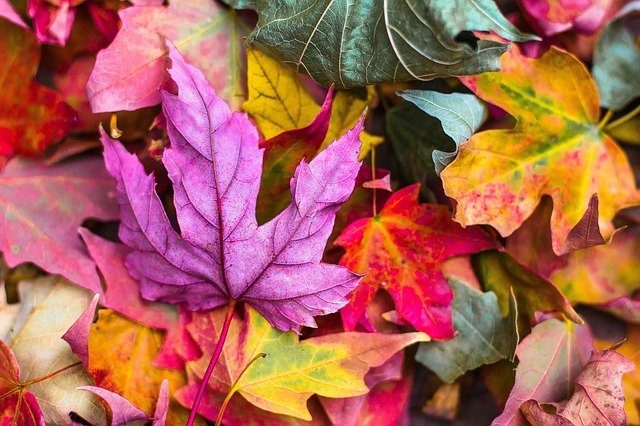 Unity and order have been desired qualities in the most discussions about the quality of state, institutions and governance. Why only in India, all major revolutions or any constitutional preamble all over the world, has given a prominent place to Unity. Even the most disruptive regime aims to establish order after its most disorderly resurrection. From time immemorial, people have traded their freedom to a power decided by ‘god’, sword, genetics or ballot for a modicum of stability and order and called it social contract or some such name. The human brain, conditioned by millions of years of struggle for survival, has ensured that humanity sought comfort in number and size, hence emphasis on unity. As happens with all primal, sociological needs or, for that matter, any phenomenon, internal contradictions develop overtime and the phenomenon starts defeating the purpose for which it came into existence. Today, much of the attack on freedom and liberal democracy, can be understood within the framework of these ancient desires of unity and order.

Unity in diversity has been a catchphrase of Indian history and, more so, of Indian republic. Even cosmopolitan thinkers like Tagore and Nehru were mesmerized by the lure of unity in a diversified society. In fact, the trauma of partition and the victory of two-nation theory in giving a setback to the project of Indian nation as an entity that could be run as one nation brought the fear of diversity to the fore. Linguistic state formation which was agreed upon during the freedom struggle was delayed, the Constituent assembly favoured federalism with a strong centre. Congress Party’s nation-wide dominance over the electoral scene of the country made this shift towards a strong centre quite painless. With its umbrella, inclusive nature with many regional aspirations represented in its fold, Congress was well-suited for this situation and Nehru, with few exceptions, managed this dominance in the most benign manner possible for a new and fragile nation. As pressure from the regions started surpassing the centre’s capacity to co-opt and assimilate, centralizing tendencies started taking ugly forms of president rule and encroachment of local rights of the state. The Constitutional framework was a strong enabler of this centralization. Ambedkar himself explained reasons for using ‘Union of States’ instead of ‘Federation of states’. He said that India is not a result of agreement among the constituent states and states do not have the right to secede. Unitary bias was no longer hidden when part XVIII gave the power to the President to turn the country into a unitary government under emergency circumstances.

The situation was mitigated by the coalition government at the centre, never giving a party enough numbers to do damage beyond a point. For a very long time, the Judiciary also maintained its role as an umpire and kept the situation in check with powerful legal innovations like the concept of ‘basic structure’ of the constitution. Situation has changed 2014 onwards with the arrival of a majority government after a long time and diverse parties ruling the states. The ideological forbearance, which for a time on display in the early independent India, also departed from the political scene with bitter polarization and weakening of guardrails of democracy. The right-wing regimes led by charismatic strongmen with huge mass appeal are more inclined to centralization and presidential style of government. Current regime in India has ideological affinity for the strong and united India. ‘Akhand Bharat’ has been a staple of the right-wing in India. Their success in elections was predicated on converting myriad hued Hindu identity into a unified grievance-based identity which could be mobilized by a unified message. With a regime so beholden to the idea of unity, strength and order, a consistent push for India being run as a unified province was natural.

It all started fairly innocuously. Call for unity is never suspect in India. However, preference for order and a sense of apology for diversity has its own pitfalls. In a massively diverse country like India, diversity should not only be accepted, but should be celebrated. In the phrase ‘unity in diversity’, clearly diversity has taken a subordinate situation. This was so when founding fathers dithered on the linguistic state formation, this was there when even a pluralistically inclined force like Congress could not feel safe about diverse regimes.

Current regime has displayed a nostalgic preference for a presidential style of governance and an affection for unitary command like the one that a  Chief Minister enjoys over his or her state, is obvious. From the very beginning, Yojana Aayog lost its political inclusiveness and a more bureaucratic but powerful NITI emerged with a consultant culture. The concept of ‘Team India’ had its appeal for collaborative or cooperative federalism, however, very soon that pious hope withered away in the absence of political compromise and fear of opposition being wiped out, leaving no middle ground for constructive engagement between the centre and opposition states. In such a scenario, even the initiatives that were legacy initiatives, like GST, led to shrinking of federalism spirit. GST was perhaps the first of the long chain of ‘one nation- one something’ measures inherent in the mantra of ‘Ek Bharat Shreshtha Bharat’ (to be fair the biggest component of the EBSB, as propounded by the Prime Minister is getting to know different cultures. He always asks students, officers, teachers, players, even soldiers to learn from each other. However, in the political arena, this has a particularly homogenizing effect).

After the One Nation-One tax (GST), the current regime came out with a series of integrated services or aspirations. One Nation-One Ration Card, One Nation-One FastTag, One Nation-One Gas Grid, One Nation-One Powergrid, One Nation-One Agriculture market (e-NAM), One Nation-One Health Insurance (Ayushman Bharat). All these had a promise of ease of living and on the face of it very useful for the citizens. However, in the backdrop of extreme identification of the leader with the beneficiary schemes (a throwback to the Chief Ministerial style of functioning), these initiatives lead to strengthening of centralizing tendencies of the emerging polity. What these seemingly commendable schemes lack are inclusive consultation and willingness to share credit. The inherent message is ‘big daddy knows better’.

Pandemics always are fertile ground for centralization and curbing citizen freedom. In India, this use of the pandemic was clear and states felt clearly stymied about deployment of resources like oxygen, vaccine and ventilators. This absence of locally empowered entities clearly had an impact on the botched handling of the second wave.

Fear of diversity is inherent in populist and right-wing politics. They emerge as a grievance against what they portray as a corruption of the original Eden – some real or imagined golden age. This corruption happens due to the outsiders coming in either as invaders or immigrants. The antidote is to find a ‘real’ group of insiders, the ‘original’ people, and road-roller the diversity of that group into one grievance driven homogeneous pack amenable to a single mobilizing message.

Same fear is behind the attack on elites (Khan market Gang, Lutyens, Bollywood, academia, JNU, FTII). Diversity of thought breeds independent inquiry, which is never good for centralization. This also keeps the supply of ‘enemies’ to keep the right-wing base energized in a grievance-driven rage.

Centralization has a deleterious impact in one more area which, in Indian context, is a tool of distributive justice – corruption. Political and government corruption have historically been fairly fragmented and a large group of agents used to partake into the spoils. From patwari to the top, everyone had to be included in the deal. This, politically speaking (normatively it is a different story), made for a decentralized patronage system leading to fairly distributed authority. This early corruption has now transformed into highly centralized crony corruption, where few families or organizations are being favoured without any consideration of distribution of spoils more widely. It may give the appearance of a cleaner system, but it’s detrimental to decentralization and even sentiment of federalism.

Quest for order and unity are the key factors behind nationalism, one of the key drivers of right-wing mobilization. Pratap Bhanu Mehta calls nationalism the illiberal ground of liberal democracy. The nation state is important for democracy to function and exist, also, at the same time, nation calls for demarcation between outsiders and insiders and creates a need to police those who are detrimental to the safety and health of the nation. It is because of this indispensability of the format of nationalism and attendant need for order that there is consensus on measures required for keeping order. Current regime, Pratap Bhanu says never had to devise any law to pursue its conception of order – UAPA, section 144 and all other legal tools were available to it without much legal innovation.

The short point is that while the need for order and unity is based in the primal survival instincts of humanity, it has its pitfalls that lead to curb on freedom and full realization of human potential. Therefore, while it is important to maintain order and unity, it is not very healthy to implicitly taint diversity as something to be contained or managed. Focus on unity and order has seeds for muscular and in ultimate analysis centralizing tendencies. Celebration of diversity is key to unlocking the mystery of peaceful cohabitation in a productive setting. At a certain point in the development journey of this great nation emphasis needs to shift from  ‘Ek Bharat-Shreshth Bharat’ to ‘Vividh Bharat-Shresht Bharat’.

Banner Image by StockSnap from Pixabay

Curbs on Social Media Giants : An Outline of various aspects

Regenerative social work may be the answer for political parties : Learn from RSS template

Credentialism, Status-loss and Arrogance of Liberalism

Reign of emotions and Kisan Andolan

Rider is Shaky on the Back of Tiger

It is worse than it feels: Guardrails of democracy have come unmoored

Right-wing Consolidation: A Tale of Countermobilization in India

Can Democracy Survive Allure of the Core Voter?