चलते-चलते It is sickening to fall sick 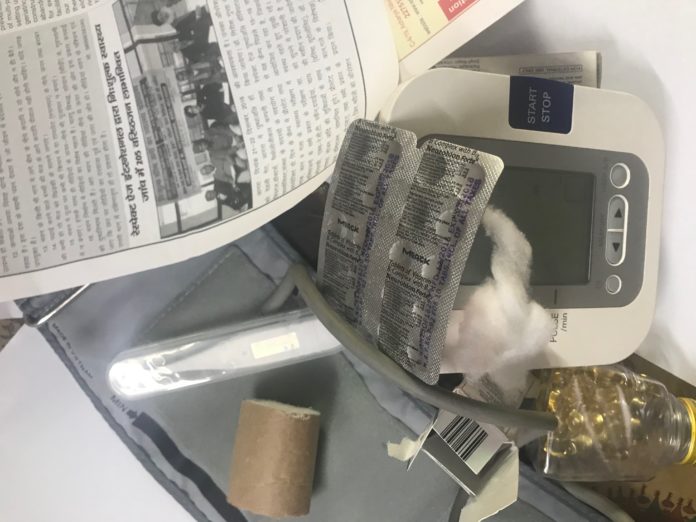 Narrating his pathetic experience at a premier hospital recently, a friend painfully concludes that the cash-strapped middle class is literally on its deathbed. Bereft of empathy for the grievously injured, the hospital held back his patient’s admission for want of treatment charges upfront.

With profit being the overriding concern in a market-economy, patient is only a cash-cow to be milked right at the hospital gate. Who knows the cow may not yield anything later?

This reminds me what  Dr P Venugopal, the illustrious heart surgeon, had to say about the business of modern medicine. Said he, `medical thrillers’ wildest plots of ruthless profiteering are now common practice’. Into his 90’s, my father finds it hard to believe that the swanky hospitals are anything but profit-making entities.

It is no longer a secret now that the super-specialty hospitals give their doctors targets for the number of scans and surgeries to be conducted in a given time-period. Such targets extend to other disciplines of medicine too, with the ever eager doctors ready to bring unsuspecting patients under scissor and scalpel. A visit to the hospital is anything but a trap, so will I imagine.

And I have reasons to say so. Those under health insurance cover are subjected to as many medical tests as available in the book. One test leads to another, and so on. The eye specialist recently told me that I had a remote cataract possibility (almost a decade away) but that she’d want to do some advance tests. A second opinion helped me rest the initiative.

I wonder how do those people whose life is not insured handle the hefty medical bills. At the end of the day, sustaining or complicating one’s sickness has become doctor’s primary interest. The more people fall sick, the more the doctor and the hospital stand to gain! Such is the case that if everybody were to remain healthy, then the doctor will be the only one who will be sick.

Not all blame need to rest with the doctors though! It is not sheer accident that the things are the way they are, but rather the product of conscious political choices. Scratch the surface and one will find out that the foundations of insurance-driven health care system were laid under the guise of freeing the governments from their primary role as health service provider, helping the capitalist model of health care to make hay as sickness shines.

I have kept along my bedside a 2006 book curiously titled ‘Screwed’, to keep reminding me what the author Thom Hartmann had long cautioned that corporate-driven politics will eventually screw us all. Exceptions apart, a majority is being screwed by paying to remain sick.

Sickness has become so much profitable that it is no surprise that every corporate house is into the business of healthcare, and why not? The question is how to get out of this vicious trap. Without a 360 degree shift in how health is perceived, there can hardly be any escape from the sickness treadmill.

A Chinese system, developed some two thousand years ago, offers an interesting insight. Under that system, the doctor was paid as long as the patient remained healthy. If the patient were to fall sick, then the doctor was not to be paid. In the present system, however, we pay the doctor when we are sick and make the doctor dependent on our sickness. The difference is subtle but profound nonetheless, and worth a careful assessment.

Unless the outdated benefits system that overburdens doctors and traumatizes the vulnerable is condemned, I’m convinced that a vast majority will remain sick and screwed. There is an urgent need to rethink how we manage sickness—for the sake of our economy, our well-being, and our health services.

Do We Have Our Duplicates Somewhere in the Universe?

Benazir in Simla and Women’s Lib

Credentialism, Status-loss and Arrogance of Liberalism

WAS COVID VIRUS CREATED IN A WUHAN LAB?