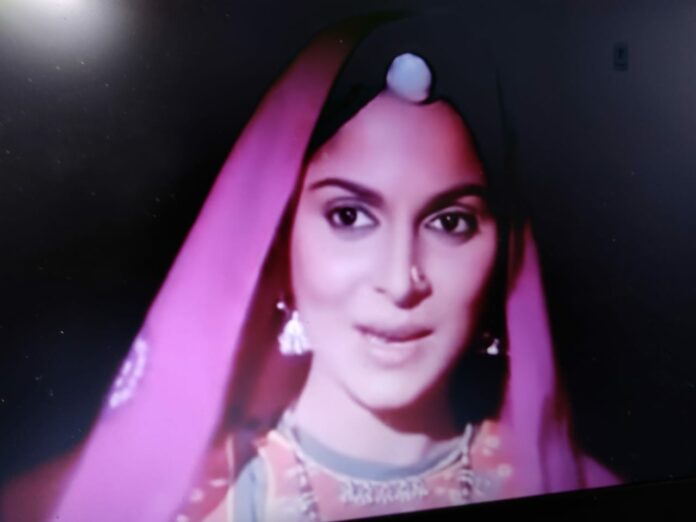 I have come across quite a few musical compositions that are known more for their lyrics, and less for their musical score. In such cases, the power of lyrics seems to have overwhelmed the musical notes. Music, in such instances, ended up lending support for the lyrics to flow and create impact. It gelled so well that we miss the music for the lyrics. Yet, the music held strength on its own despite being overawed by lyrics.

Jaidev did bag three national awards for his music, yet he could not break into the commercial world of cinematic music. There were stalwarts like Naushad and Shankar Jaikishan to contend with, and he could not be part of any production house camp to create an impact. Yet, in the crowded world of cinema he did leave his memorable footprints.

I am not sure how many of you remember ये दिल और उनकी निगाहों के साये, मुझे घेर लेते हैं बाहों के साये (film: Prem Parbat). Jaidev composed Jaan Nisar Akhtar’s verses in raag Pahari for an enduring appeal. Jaidev’s classical training under Ustad Ali Akbar Khan and assistantship under SD Burman came handy, but he could not create a distinct identity for himself despite some good work.

I would imagine that Jaidev’s work was partly overshadowed by Khayyam, as there were some musical similarities in their work. Yet, Jaidev’s compositions for films like ‘Mujhe Jeene Do’, ‘Gharonda’, ‘Gaman’ and ‘Dooriyan’ stand out on its own. I will not be doing justice if I were to miss his work for Sunil Dutt’s ‘Reshma aur Shera’. This ambitious film didn’t do well at the box office though.

तू चंदा मैं चांदनी, तू तरुवर मैं शाख रे तू बादल मैं बिजुरी, तू पंछी मैं पात रे (film: Reshma aur Shera) is a multi-textured complex composition that blurs the distinction between the ‘mukhda’ and ‘antra’.  If you haven’t heard or seen this desert song before, I would encourage you to do so. You may notice that years later Khayyam tried to create something similar in his ‘Razia Sultan’ composition ऐ दिल-ए-नादां, ऐ दिल-ए-नादां, आरज़ू क्या है. I will leave you with Balkavi Bairagi’s rich poetic composition under Jaidev’s music.

Khat or Letters in Bollywood Songs