Under the Lens Ramanujan a Mathematics Wizard or an Ordinary Mathematician Hyped up by Indians? 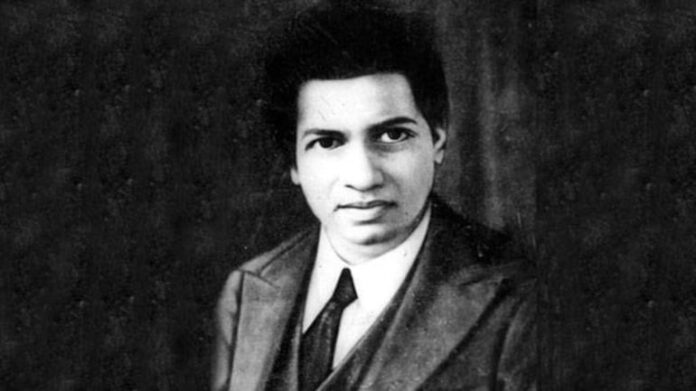 In our series “Myths Under the Lens” we publish articles scrutinizing subjects that agitate our minds. In this article, the author examines whether Ramanujan was indeed the genius he is supposed to be by Indians.

Citizens of all nations take pride in their history, culture and achievements, and India is no exception.

However, in the jingoistic cacophony that sometimes pervades the atmosphere, we do not know what the real achievements of Indians are. For example, whether Indians at one time knew how to fly or could do complicated surgeries or had deep knowledge about space. This is not unnatural in the case of old civilizations that have gathered enormous wisdom as well as myths about them. In this very column, we have earlier talked about the origin of zero, the reality of Ram Setu and the science behind ayurveda.

In this article, I try to unfathom one such claim, and we will keep unravelling other claims about Indians’ achievements. I chose this ‘low-hanging fruit’ because it is recent and much of it can be established this way or that.

Srinivasa Ramanujan is a highly revered figure in India. Successive Indian governments have brought stamps in his honour. In his home state (Tamil Nadu), other states and abroad, awards have been instituted in his name. Universities have Ramanujan chairs. India observes his birthday (December 22) as the National Mathematics Day and his 125th birth anniversary year (2012) was observed as the National Mathematics Year.

Srinivasa was so poor that for doing his maths calculations, he would use slate, and use paper only for final answers or summaries as he could not afford to buy lots of it.

He was a prodigy: at a very young age he could recount many Sanskrit verses and keep his friends awe-struck with his calculations. One school headmaster is supposed to have remarked that in maths Srinivasa deserved to get more marks than the maximum.

The title of his biography by Robert Kanigel – The Man Who Knew Infinity – also gives a super-human aura to Ramanujan. A film on his life, based on this biography, also presents a picture of Ramanujan that shows him an extra-ordinary human in some ways.

It is claimed that Ramanujan’s genius was God-gifted (literally, Goddess-gifted as he was a staunch devotee of Goddess Mahalakshmi) and could envision mathematical theorems much beyond his education and his times. In his short life (he died at 32), and a very short span of time in which he had the right atmosphere, he created so much in mathematics that top mathematicians of his time were astounded by his genius.

It is also said that a good deal of Ramanujan’s work was understood long after his death and hundreds of research papers have been written based on his work. Some of what he wrote might have been lost and some is yet to be fully understood.

Before we come to the mathematical attainments of Ramanujan, let’s talk a bit about his life.

Srinivasa Ramanujan was born on December 22, 1887 in the town of Erode in Madras state (now Tamil Nadu) of British India. An unusually brilliant student who got accolades, prizes and a scholarship, he was very reserved and unmindful of studies other than maths. His father even enlisted a constable to make sure he didn’t bunk classes. His eccentricities, coupled with a series of family problems and poverty, made his formal education a legend of failures. He failed in English in matriculation (10th class) and failed the FA exam (12th standard) thrice in all subjects except passing in one subject – you guessed it right!

Srinivasa (12) borrowed a book on advanced trigonometry written by S. L. Loney – much beyond his comprehension, and he mastered it without much effort. Ramanujan’s interest in mathematics was further aroused by a book of theorems by George S. Carr, A Synopsis of Elementary Results in Pure and Applied Mathematics, when he was 15. Some of the theorems given in the book resulted in fascinating outcomes which would otherwise not have looked possible, and many of the theorems in the book were without proper derivation. This seems to have challenged the young mind to come up with own formulas that could give similar results. By 17, Ramanujan had conducted his own research on Bernoulli numbers.

Due to poor academic record, he lost the scholarship and could not study further. He searched for jobs but could get only clerical ones. In 2011, he got a local job and was introduced to the Collector at Nellore (who was also a founding member of the Indian Mathematical Society). The Collector, Ramachandra Rao, has written about Ramanujan when they first met: “A short uncouth figure, stout, unshaven, not over clean, with one conspicuous feature- shining eyes- walked in with a frayed notebook under his arm. He was miserably poor. … He opened his book and began to explain some of his discoveries. I saw quite at once that there was something out of the way; but my knowledge did not permit me to judge whether he talked sense or nonsense. … I asked him what he wanted. He said he wanted a pittance to live on so that he might pursue his researches.”

In 1912, when he was 25 years old, he secured a clerk’s job in the Madras Port Trust. He could finish his office work in no time and devoted his free time on mathematics. The manager of the office happened to be a mathematician and with his help – and help from friends – he received recognition in India. Later these well-wishers helped him in writing letters to renowned mathematicians in England.

The first two letters that Ramanujan wrote to British mathematicians did not get a response. The third one he wrote to G.H. Hardy, a famous mathematician at Trinity College, Cambridge University in 1913. In the letter, he attached 120 theorems as a sample of his work. Hardy had seen some of those theorems but  many were new and brilliant. He discussed these with his colleague and they analysed the theorems, mostly to check if these were a prank or a trick. Finally, they came to the conclusion that the work was not only genuine, it was extra-ordinary. Hardy later wrote: “They must be true, because if they were not true, no one would have had the imagination to invent them.”

Hardy invited Ramanujan to Cambridge and arranged for his travel. But Ramanujan hesitated, being deeply religious and tradition-bound Hindu Brahmin in eating habits and lifestyle. His mother was also vehemently opposed to his going abroad. His counseling by friends and Indian mathematicians went on. Then one day, his mother spoke of her dream in which the family goddess had ordered her ‘to stand no longer between her son and the fulfilment of his life’s purpose’. That paved his way to Cambridge in March 1914. His hosts took care of him, he did not face much racialism and his genius was well-recognized, but he could not adjust to the English lifestyle and weather. He kept falling ill and suffered depression. World War related shortages also added to his difficulties.

While in Cambridge, Ramanujan wrote a number of papers with Hardy. In 1916 the Cambridge University conferred on him B.A. degree ‘by research’. In 1918, the Royal Society made him its fellow (FRS) – at 30, he was the youngest person to become a fellow of the Royal Society. In the same year, he also became fellow of the Trinity College, Cambridge – the first Indian to be so honoured.

Ramanujan was an enigma to his contemporaries who were hard-core rationalists, even atheists. Even religious-minded westerners found it hard to understand his beliefs. These passages from his biography by Kanigel are worth noting, to understand what Ramanujan was deep inside:

“Ramanujan, who all his life believed in the Hindu gods and made the landscape of the Infinite, in realms both mathematical and spiritual, his home. “An equation for me has no meaning,” he once said, “unless it expresses a thought of God.”

“Ramanujan was a man who grew up praying to stone deities; who for most of his life took counsel from a family goddess, declaring it was she to whom his mathematical insights were owed; whose theorems would, at intellectually backbreaking cost, be proved true – yet leave mathematicians baffled that anyone could divine them in the first place.”

It is true that the noted mathematician Hardy gave Ramanujan 100 out of 100 in a scale in which he put himself at 25 and many great mathematicians much below 100. At one point, he wrote about Ramanujan, “It was his insight into algebraic formulae, transformations of infinite series and so forth, that was most amazing. On this side most certainly I have never met his equal, and I can compare him only with Euler or Jacobi. He worked far more than the majority of modern mathematicians, by induction from numerical examples; all his congruence properties of partitions, for example, were discovered in this way. But with his memory, his patience and his power of calculation, he combined a power of generalisation, a feeling for form, a capacity for rapid modification of his hypothesis, that were often really startling, and made him, in his own peculiar field, without a rival in his day.”

What actually is Ramanujan’s contribution to mathematics?

Ramanujan’s work is in the area of pure mathematics, where numbers and formulas – and nothing else – matter. This branch can look utterly meaningless and confounding unless one is an accomplished mathematician himself. So, without venturing into the subject, let us look at some achievement that we, the commoners, can make sense of:

The claims (mentioned above) about his genius as well as what top mathematicians have said about him look to be true.

Ramanujan was without doubt a genius, one gifted with the vision to find unimaginably complex relationships between numbers and the capacity to derive highly complex mathematical formulae. Intuition, much more than education and training, seems to have been behind his accomplishments. Like other legends with supernal powers of thought or action, he had his muse. It was the Goddess Mahalakshmi of Namakkal.

*About the author: This article has been contributed by MK. He does not like to call himself a rationalist but insists on scrutiny of apparent myths as well as what are supposed to be immutable scientific facts. Please don’t take the views of the author as the views of Raag Delhi.